Top Posts
Pregnancy Resource Centers Fight For Life Amidst Opposition
This World is Not Our Home
Lessons Learned From a Gingerbread House
Let There Be Peace on Earth
‘I Wanna Dance’ movie: Whitney Houston’s success and...
Fact Finding, Sight Seeing, and Prayer Walking
Kidney donation led to 8 life-saving surgeries
The Power of Curiosity
When Love Came Down at Christmas
A Walk of Faith Begins with a Step...
Home ANS Feature UK Children’s TV presenter Gemma Hunt fronts show about SAT-7’s Middle East ministry

London, England (ANS) – Children’s TV presenter Gemma Hunt is fronting a special programme for UK audiences about SAT-7’s television ministry in the Middle East, according to a press release from the broadcasters.

In Free to Be Me UK Gemma and SAT-7 Lebanese children’s presenter Marianne Awaraji discuss their shared vision for television that gives children joy and helps them reach their full potential. 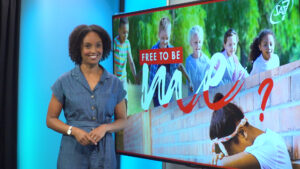 Gemma Hunt presents Free to Be Me.

Both also share how their Christian faith inspires their broadcasting careers.

“As a mum and someone who works with children in media, I think it’s really crucial to help children reach their potential and find real joy,” Gemma says in the programme.

“All over the world families are finding life really difficult,” she continues. But, in the Middle East, she says, “Even before the pandemic, conflicts, uprisings and poverty prevented children from learning and flourishing.” 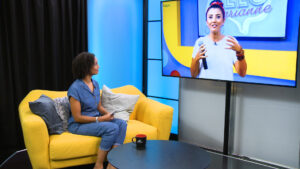 Gemma and Marianne share their vision for giving joy to children through television.

Marianne joined Gemma via video link from SAT-7’s largest studio, in Beirut, Lebanon, as she finished the last song on her weekly, live children’s show, Allo Marianne. Sitting in SAT-7’s London studio, Gemma spoke to her in the aftermath of Lebanon’s COVID-19 lockdown and the devastating explosion in Beirut’s port.

Free to Be Me highlights how broadcasts like Marianne’s programme support children both spiritually and emotionally to grow in faith and flourish as the people God made them to be.

In Free to Be Me both TV presenters explain how faith influences their work. Marianne, serving a Christian channel, shares how coming to know God as “Father and a really close friend” as a 14-year-old inspires her to encourage her viewers to relate to God in the same way.

Gemma, working in media where she cannot generally talk about her faith openly, points to a prophetic word spoken over her when she was 16. This said that she would be salt and light in the media. So now, she says, “I know that Jesus and His light is shining out of me in the places I am working, which is pretty awesome!”

The Free to Be Me programme can be watched in a 12-minute and 25-minute versions at www.sat7uk.org/freetobemefilm