Top Posts
Colorado football coach Sanders’ unabashed faith
There’s A Light That Enters Houses With No...
Knowing the One Who Always Keeps His Word
Pregnancy Resource Centers Fight For Life Amidst Opposition
This World is Not Our Home
Lessons Learned From a Gingerbread House
Let There Be Peace on Earth
‘I Wanna Dance’ movie: Whitney Houston’s success and...
Fact Finding, Sight Seeing, and Prayer Walking
Kidney donation led to 8 life-saving surgeries
Home ANS Feature US Supreme Court Protects Donor Privacy for Nonprofit Organizations

WASHINGTON, DC (ANS) — In a 6-3 decision on Thursday, July 1, the US Supreme Court ruled in favor of two conservative charities in California, granting them exemption from the state’s donor disclosure requirement.

According to Joshua Martin, writing for the National Religious Broadcasters, all six of the conservative justices on the court agreed that California’s requirement for non-profit organizations to disclose the identities of their major donors violated the charities’ First Amendment rights of freedom of association.

“This is a huge win for free speech,” NRB CEO Troy A. Miller said. 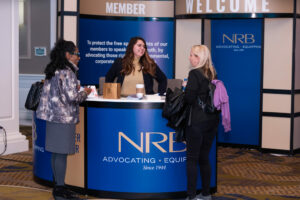 3,300 broadcasters from around the world attended the recent NRB2021 Convention in Texas.

NRB reports the Americans for Prosperity Foundation, a public charity devoted to providing education and training on the principles of a free and open society, and the Thomas Moore Law Group, a law firm centered around religious freedom, both argued that without this ruling from the Supreme Court, major charitable donors would be less inclined to donate due to the possibility of donors receiving threats and harassment for supporting certain organizations or political campaigns.

Associate Justice Clarence Thomas added to Chief Justice Roberts’ opinion through the lens of textualism, saying that freedom of association granted in the First Amendment has always included anonymous association. In the same way, anonymous writers for publishers are granted freedom of the press rights.

Justice Sotomayor did not believe the majority opinion aligned with past precedent. While justices are not obligated to follow precedent, they are highly encouraged to do so.

Opposition to this decision also argued that the attorney general of the state of California has the right to investigate charitable fundraising to ensure that fraud is not occurring. With this decision, political campaign donors could also remain private. This would allow the political realm to be anonymously influenced, which also raises the concern of fraud for many.

The Supreme Court answered the fraud objection pertaining to the attorney general directly.

“There is a dramatic mismatch, however, between the interest that the attorney general seeks to promote and the disclosure regime that he has implemented in service of that end,” Chief Justice Roberts wrote.

Concerns regarding the long-term implications of the non-disclosure of donors in political campaigns have yet to be answered. However, this case is a clear win for the First Amendment rights of nonprofit organizations and the donors who support their work.