Top Posts
There’s A Light That Enters Houses With No...
Knowing the One Who Always Keeps His Word
Pregnancy Resource Centers Fight For Life Amidst Opposition
This World is Not Our Home
Lessons Learned From a Gingerbread House
Let There Be Peace on Earth
‘I Wanna Dance’ movie: Whitney Houston’s success and...
Fact Finding, Sight Seeing, and Prayer Walking
Kidney donation led to 8 life-saving surgeries
The Power of Curiosity
Home ANS Feature Vietnamese Pastor Released From Prison

New Malden, England (ANS) – Christian Solidarity Worldwide has welcomed the release of Vietnamese Pastor A Dao on 18 September after more than four years in prison. He was not expected to be released until August 2021.

According to CSW Pastor A Dao was arrested in 2016 while on his way to visit some members of his church following his return from the Southeast Asia Freedom of Religion or Belief (SEAFORB II) Conference in East Timor in August 2016. His family were not informed of his arrest and heard nothing from him for five days. In April 2017, Pastor A Dao was sentenced to five years in prison for ‘illegally taking people to Thailand’, a charge he denies; he has remained imprisoned ever since. Pastor A Dao’s church has experienced ongoing harassment from the authorities. 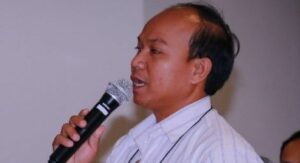 Pastor A. Dao who was released from prison September 18.

In June 2020, Commissioner James Carr of the United States Commission for International Religious Freedom (USCIRF) pledged to adopt Pastor A Dao as part of the Commission’s Religious Prisoners of Conscience Project. In response to the pastor’s release, Commissioner Carr said: “I hope this release is a sign that the Vietnamese government is serious about improving religious freedom conditions and will release other individuals detained for their religious freedom advocacy, including Nguyen Bac Truyen. In addition, USCIRF urges the government to take steps to ensure that local authorities respect A Dao’s freedom and safety should he choose to return to his home village.”

CSW continues to receive reports of severe violations of freedom of religion or belief (FoRB) against every major religious community in Vietnam, including Buddhists, Catholics, Cao Daists, Hoa Hao Buddhists and Protestants. Violations range from harassment, intimidation and intrusive monitoring, to arrest, imprisonment, torture and extra-judicial killing, and are often most severe for individuals in remote areas who are both ethnic and religious minorities.

CSW’s Founder President Mervyn Thomas said: “CSW welcomes the release of Pastor A Dao while noting that he should never have been imprisoned in the first place as he was innocent of the charges levelled against him. We call on the authorities to ensure that Pastor A Dao is able to enjoy his freedom without fear of further harassment or violations against himself, his church, or his loved ones. We also continue to call for the immediate and unconditional release of all remaining prisoners of conscience in Vietnam, including Nguyen Bac Truyen and Pastor Nguyen Trung Ton. The international community must ensure that any limited positive developments do not obscure continued and serious human rights concerns in Vietnam, in particular as the EU, UK and US seek to build closer relationships with the country.”