Top Posts
Knowing the One Who Always Keeps His Word
Pregnancy Resource Centers Fight For Life Amidst Opposition
This World is Not Our Home
Lessons Learned From a Gingerbread House
Let There Be Peace on Earth
‘I Wanna Dance’ movie: Whitney Houston’s success and...
Fact Finding, Sight Seeing, and Prayer Walking
Kidney donation led to 8 life-saving surgeries
The Power of Curiosity
When Love Came Down at Christmas
Home ANS Feature ‘Woman of Valor’ Murdered Saving Rabbi’s Life in Synagogue Shooting

SAN DIEGO, CALIFORNIA (ANS) – Friends at the scene of Saturday’s shooting at a Chabad synagogue in the San Diego area said Lori Gilbert-Kaye, murdered in the  attack, sacrificed her own life in order to save that of the synagogue’s rabbi. 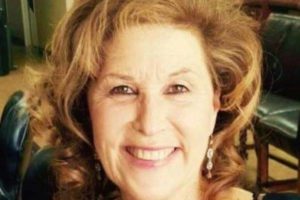 “Our rabbi, Yisroel Goldstein, who was taken to the emergency room, told everyone that she saved his life because she stood in front of him,” said Dr. Ronit Lev, a friend of the murdered woman, in an interview with Kan Israeli public radio on Sunday morning, according to United With Israel (www.unitedwithisrael.org).

In a website update on Saturday’s shooting, United With Israel quoted Ronit Lev: “She went to synagogue to say Kaddish for the first time in her life, for her mother who passed away. It was important for her to be in a synagogue,” she added, referring to Gilbert-Kaye as her “best friend in all the world.”

Ronit Lev said in the Kan radio interview that Kaye’s husband “is a doctor in the community, and he heard the shooting. He performed resuscitation on his wife not knowing it was her. Then he saw her face and fainted.”

Israeli politician Naftali Bennett said: “Lori Gilbert-Kaye, of blessed memory, is a Jewish hero and will be remembered as a hero in Jewish history. She sacrificed her own life, throwing herself in the path of the murderer’s bullets to save the life of the rabbi.”

Bennett added: “But it is clear that such heroism and good deeds are not only characteristic of dear Lori in death, but this is the way she lived her life – at the heart of her community, constantly doing charity and good deeds for those in need. She has been described by those who knew her as a ‘Woman of Valour.’”

Israel’s President Reuven Rivlin said: “Our hearts are with the Gilbert-Kaye family, who have lost their dear Lori, with the families of the injured and with the whole community,” said “We are with you in these difficult times. We love and embrace you. The Jewish people will never allow anti-Semitism and hatred to triumph.”

Last August, Gilbert-Kaye posted on Facebook: “Fearless at 60! As I enter a new decade, I am full of gratitude and thankfulness for the many blessings in my life.”