Top Posts
There’s A Light That Enters Houses With No...
Knowing the One Who Always Keeps His Word
Pregnancy Resource Centers Fight For Life Amidst Opposition
This World is Not Our Home
Lessons Learned From a Gingerbread House
Let There Be Peace on Earth
‘I Wanna Dance’ movie: Whitney Houston’s success and...
Fact Finding, Sight Seeing, and Prayer Walking
Kidney donation led to 8 life-saving surgeries
The Power of Curiosity
Home World Missions A Bruised Reed Challenges the Hardest of Hearts

by Ron D. Mallett: Two thousand years ago, the Apostle Paul drew a magnificent verbal picture of humankind’s most enduring moral dilemma! “What do righteousness and wickedness have in common? Or what fellowship can light have with darkness?” –NIV

The struggle between good and evil never abated, but some regions of our world are more clearly dominated by dark forces than illuminated by light.

Among the darkest is Swaziland, a small African nation holding an unholy record as the world’s No. 1 victim of the global AIDS epidemic. Unfortunately, ‘Swazi’ children in this kingdom of deprivation are born into a culture of death, leaving thousands homeless as AIDS takes its unwavering toll on parents.

Further darkening derives from Satanic belief systems in which incest and pedophilia are common, with fathers molesting and raping young boys and girls. Even toddlers face the terrors destroying their bodies, literally, to the point of death. The villains have little fear of legal or social consequences. 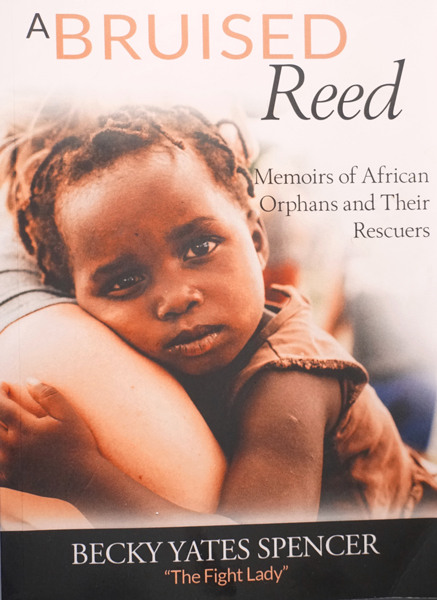 You don’t believe this could be true? Then read Becky Yates Spencer’s book titled, “A Bruised Reed.” Mrs. Spencer is brave, open and painfully honest A decades-long resident of a small Kansas prairie town, her openness, candor, and integrity come as naturally as the region’s unending flatland horizons. She names names, places and times with clarity; risking her own life as a frequent visitor and orphanage builder in this forlorn social setting.

Though the book’s primary motivation is chronicling  darkness, the light of life dominates. A Bruised Reed emphatically celebrates people – Swazi and outsiders – who care intensely, setting aside their own lives to rescue as many children as they can from a morass of varied physical abuses. The goal is not just to house, care for and heal them, but to demonstrate God’s love as he works through those who, in turn, love him.

It’s a good ‘reed,’ from start to finish, and we blindfolded Americans need the refresher course offered by Mrs. Spencer… reminding us that the battle between darkness and light still rages in full primal fury.

Ron D. Mallett lives in Milliken, Colorado. He is a retired corporate communications executive who worked the past 18 years in volunteer Christian work, directing a jail and prison ministry and co-founding a helps ministry to the Tarahumara and Pima natives in central Sierra Madre regions of Mexico.

Eugene Peterson spoke to ‘angels’ as he slipped away