Top Posts
Knowing the One Who Always Keeps His Word
Pregnancy Resource Centers Fight For Life Amidst Opposition
This World is Not Our Home
Lessons Learned From a Gingerbread House
Let There Be Peace on Earth
‘I Wanna Dance’ movie: Whitney Houston’s success and...
Fact Finding, Sight Seeing, and Prayer Walking
Kidney donation led to 8 life-saving surgeries
The Power of Curiosity
When Love Came Down at Christmas
Home ANS Feature Audience Engagements Soars for Christian TV in the Middle East

Audience Engagements Soars for Christian TV in the Middle East 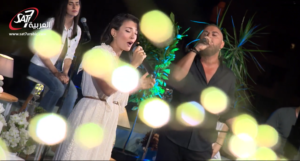 A worship concert filmed on the roof of SAT-7’s Beirut studio lifted spirits after the Beirut explosion.

The Middle East Christian TV network is looking back on a record year of interactions between its viewers and audience support teams. Since the Middle East and North Africa (MENA) began confronting the challenge of COVID-19 in March, a 30 per cent climb in audience engagements* for the network overall has shown how many have turned to SAT-7 for support.

In total, between January and September this year SAT-7 received 310,000 audience engagements, almost a third more than during the same period in 2019.

As millions in the region faced months of COVID-19 lockdown and its severe effects on health and incomes, many depended on SAT-7 as a trusted source of health advice, spiritual support and companionship.

From the beginning of the pandemic and even when an explosion in Beirut caused mass destruction and trauma, its studios in Lebanon, Egypt, Turkey, Cyprus and the UK resolved to maintain as much live programming as possible. The network believed it was essential to remain alongside its millions of viewers in perplexing and unfamiliar times.

SAT-7 International CEO, Rita El-Mounayer said, “Almost a quarter of a century ago, God blessed us with the opportunity of using satellite television as a new way of sharing His Word.

“Throughout the years since, SAT-7 has been a vital lifeline for isolated believers across the Middle East and North Africa, creating educational programmes for those unable to access education, and spiritual and Bible teaching programmes to connect viewers in worship.

“The incredible blessing of this year has been to serve the people of the region as they coped with unprecedented challenges.”

One aspect of the network’s response was to launch new programmes that would bring the encouragement, advice and answers that people were hungry for. And as children and parents struggled with learning at home, the network’s SAT-7 ACADEMY stream expanded online tutorials and adapted programmes to meet the new needs.

Many MENA countries, like the UK, are now experiencing a second wave of the pandemic. Rita Elmounayer says the value of television to connect and support viewers is coming to the fore again:

“SAT-7 continues its work to bring the Gospel into more homes. To support more families as they welcome Christ into their lives, and give the spiritual encouragement so badly needed in the world today as people stay home and continue to seek resources for education, entertainment and spiritual fellowship.”

*SAT-7 defines audience engagement as one or more exchanges between a viewer and a SAT-7 audience relations team through phone calls, text messages or social media platforms covering one question or topic.