Top Posts
Knowing the One Who Always Keeps His Word
Pregnancy Resource Centers Fight For Life Amidst Opposition
This World is Not Our Home
Lessons Learned From a Gingerbread House
Let There Be Peace on Earth
‘I Wanna Dance’ movie: Whitney Houston’s success and...
Fact Finding, Sight Seeing, and Prayer Walking
Kidney donation led to 8 life-saving surgeries
The Power of Curiosity
When Love Came Down at Christmas
Home ANS Reports Billy Graham — A Humble Servant 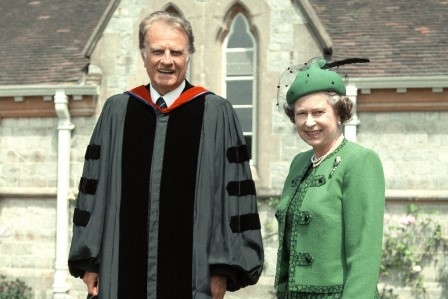 He carried an awesome presence I have never witnessed in another human being. 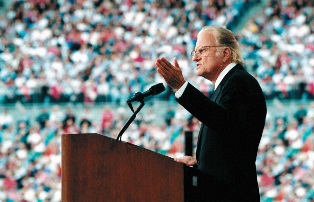 DONCASTER, UK (ANS – February 22, 2018) – Tributes are pouring in from all over the world in honour of one of the greatest evangelists of modern times, and I am privileged to add my own.

Billy Graham has died at his North Carolina home in his centenary year after a life of tireless service to Christ carried out with God’s clear anointing.

It is estimated that he has preached the gospel to over 200 million people, and his global influence is incalculable. A confidante to many U.S. Presidents, he was also a man of true humility.

I remember the occasion, at All Souls, Langham Place, in the 1970s, when he quietly slipped in among the central London congregation, sitting a few rows behind me. No-one would have known he was there until the Vicar, Michael Baughen, (or was it John Stott, the Rector?) publicly welcomed him to the service.

On another occasion, he was actually down to speak and it was flagged up as a “guest service” to which we were encouraged to bring seekers. I brought my mum along and he spoke with powerful eloquence on Psalm 23, but I remember how gutted I felt at my mother’s reaction — she was totally unmoved. I had to learn that no matter how good the preacher is, Jesus said: “No-one can come to me unless the Father draws him.” (John 6.44) 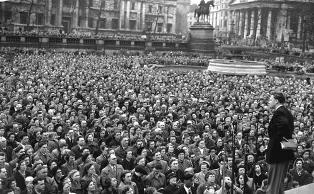 However, my mother-in-law and other members of my late wife’s family were converted at a 1989 rally here in Doncaster relayed to the local cinema by satellite.

Back in 1985, my son Julian was among the first to respond when Billy came to Sheffield. He was just nine years old and went marching out onto the Bramall Lane pitch all on his own, indicating that he didn’t need anyone to accompany him. The preacher had chosen what I considered a somewhat obscure Bible passage for his sermon, but thousands of hearts were touched.

A year earlier, when he spoke at Birmingham’s Aston Villa soccer stadium, I attended the press conference. I don’t recall what was asked or said, but I will always remember how the atmosphere changed when he walked into the room. He carried an awesome presence about him that I have never witnessed in any other human being.

Perhaps the most significant mark he made on my life was through a Jewish lady called Helen McIntosh, who found her Messiah through Billy’s famous meetings in Haringey, north London, in 1954. 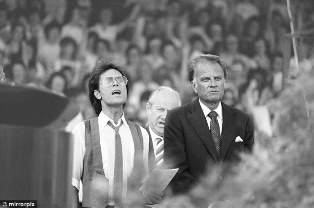 Helen was leader of John Stott’s “nursery class” for new Christians and seekers, a forerunner to the likes of Alpha and Christianity Explored. She always referred to herself as a “completed Jew” and, through the Scriptures, taught me a great deal about my new-found faith. She eventually took me under her wing as assistant, and those early years from 1972-4 were foundational to my Christian life.

Thank you Billy for changing lives all over the world through the simple gospel message that Jesus died for our sins and rose again for our justification! Glory to God!