Top Posts
Knowing the One Who Always Keeps His Word
Pregnancy Resource Centers Fight For Life Amidst Opposition
This World is Not Our Home
Lessons Learned From a Gingerbread House
Let There Be Peace on Earth
‘I Wanna Dance’ movie: Whitney Houston’s success and...
Fact Finding, Sight Seeing, and Prayer Walking
Kidney donation led to 8 life-saving surgeries
The Power of Curiosity
When Love Came Down at Christmas
Home ANS Reports Dr. Michael Youssef issues challenge to take on ‘The Hidden Enemy’ 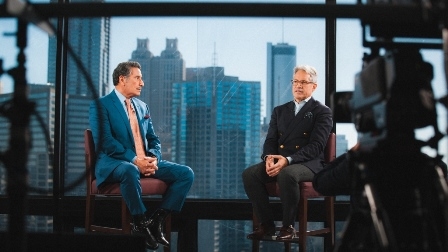 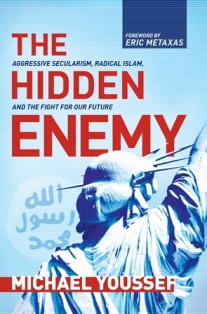 ATLANTA, GA (ANS – February 23, 2018) — In his bestselling new book, The Hidden Enemy, Dr. Michael Youssef reveals how Christians can achieve lasting victory over two of the greatest threats to the future of Christianity: aggressive secularism and radical Islam.

“We see it in the media, where Christian values are under siege,” Dr. Youssef says. “We’ve seen it most recently with attacks on Vice President Mike Pence’s Christian faith. We see it online, with the hysterical rantings of bullies on social media. We see it in schools and universities, where free speech is under attack.

“On one side — an unrelenting liberal onslaught attempts to silence Christians. On the other — radical Islamic warriors fight daily to overpower the Truth of Jesus Christ.”

In his book, The Hidden Enemy, releasing March 6, 2018, Dr. Youssef reveals practical ways to take on this two-front war that followers of Jesus are facing today, covering topics such as:

He also reveals the identity of a third enemy at work in our world today — a hidden one that many fail to recognize.

The Hidden Enemy concludes with a practical action agenda, which Dr. Youssef says will help Christians live faithfully for Christ amidst an increasingly hostile culture.

“I believe this book will uncover the keys to providing hope and freedom for this generation and the next. But time is running out,” he stated. 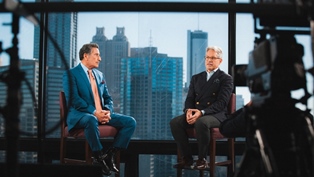 Hundreds of thousands have tuned in to The Hidden Enemy TV Special, where Dr. Youssef and host Eric Metaxas discussed the forces at work in Western culture today and what’s at stake for the next generation.

“This book and its author give me hope,” says Metaxas. “You need to read The Hidden Enemy. It’s eye-opening and it’s vital.”

The Hidden Enemy is already a bestseller in advance of its March 6th release, making the ECPA’s Top 50 Bestseller List and reaching #1 in its genre on Amazon.

Now celebrating 30 years of ministry, Leading The Way’s television and radio programs are broadcast in 25 languages to audiences across six continents. Leading The Way also produces DVDs, CDs, books, a monthly devotional magazine, and daily e-devotionals to spread the light of Christ. This Atlanta-based ministry utilizes field ministry teams to evangelize seekers and disciple new believers, even in places where it is dangerous to follow Christ. Dr. Youssef’s unique perspective has given him a platform to speak boldly into today’s issues and provide Biblical solutions to the challenges Christians are facing today. 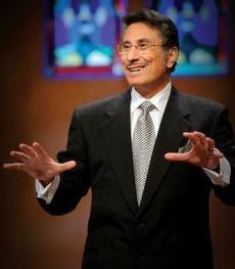 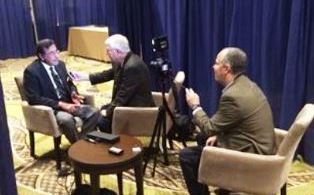 About the writer: Peter Wooding, the younger son of Dan and Norma Wooding, is an award-winning radio, TV, and print journalist. Having previously spent 10 years as news editor with UCB Radio in the UK, he has travelled extensively reporting from countries including Greece, Russia, Serbia, Ukraine, South Sudan, the Philippines, Uganda, South Korea, Zambia, Gambia, Mozambique, Croatia, Israel and India. In December 2017, Peter made a moving trip to Lagos, Nigeria, to report on Reinhard Bonnke’s Farewell Crusade, and while he was there, Peter was able to visit the very place where his Nigeria-born father, Dan, and his parents, Alfred and Anne Wooding, sailed from Lagos to Liverpool in 1942. Peter also reports regularly for ASSIST News Service, Samaritan’s Purse, and Leading The Way, and is also the London Bureau Chief for the Global News Alliance. He and his wife Sharon live in North Wales, UK, with their three daughters, Sarah, Anna Beth and Abigail. To contact Peter, please e-mail him at woodingpeter@hotmail.com, or phone him at: +44 (0) 7500 903067.