Top Posts
Colorado football coach Sanders’ unabashed faith
There’s A Light That Enters Houses With No...
Knowing the One Who Always Keeps His Word
Pregnancy Resource Centers Fight For Life Amidst Opposition
This World is Not Our Home
Lessons Learned From a Gingerbread House
Let There Be Peace on Earth
‘I Wanna Dance’ movie: Whitney Houston’s success and...
Fact Finding, Sight Seeing, and Prayer Walking
Kidney donation led to 8 life-saving surgeries
Home ANS ReportsInspirational Called to be Men: Part Two

BILLINGS, MONTANA (ANS) – According to authors Pastor Steve Heimbichner and Pastor Deborah Munson, the central thesis of Called to be Men is that “Men need more than motivation and inspiration.”

Heimbichner and Munson have co-authored Called to be Men, which seeks to restore the vision of Biblical manhood.

Pastor Deborah Munson told ASSIST News: “Men need to understand what their identity and role is in each key area of his life. God knows men have this need and has provided all the instruction and hope that a man needs to become the man He designed a man to be. In our chaotic and confused culture, that is good news!”

Pastor Munson explained that the answers to each man’s quest for true manhood are found in the core values and principles of manhood presented in God’s Word. 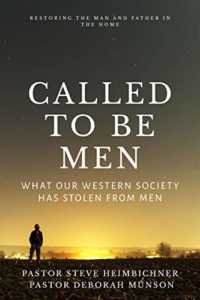 Cover artwork for Called to be Men

“The four core values of a righteous man in God’s Kingdom reflect God’s own character: honor, courage, integrity, and fidelity (faithfulness to a deep level). This is where the book starts; first things first.  A man’s first and greatest responsibility is to allow God to develop and root these core values deep within his character.  We start with defining each core value; what they truly look like and how they function,” Munson said.

Pastor Munson said that fom there the book breaks down into the key areas of a man’s life.  “These range from his relationships with God and his parents to his employer, spouse, and children.  How are these four core values walked out day by day in the context of these relationships?  We provide not only the why but the how to.”

Pastor Munson said the ancient paths found in both the Bible and in the Hebrew culture give us instruction that is still very relevant in our chaotic modern world.  “No more trends and latest modern models. It’s nuts and bolts time with our Creator. It’s time to get back to the basics so that we can see our families and our cultures begin to turn around.”

“Wow, where does one start? As the female on this authorship team, I think the biggest challenge a man in the early part of this century faces is establishing his own identity – both as a man, and as a husband and father.  A strong and righteous man is an integral part of God’s Kingdom as we work to establish it on this earth.  This is why Satan relentlessly attacks men. If he can remove them from the home, he can crush women with the weight of extra responsibilities and rob children of their self-worth and destinies.

“The traditional family that was so common just a few decades ago is under devastating attack. Roles that were designed to protect, provide for, guide, and nurture our children have been grossly confused. Men are expected to act and think more like women – and women are expected to think and act like men. This whole unisex thing is so harmful.  I truly believe that deep down inside most men want to be that strong protector and good provider, the father that provides sound instruction and skills to his children, can pass on blessings, and validate value and purpose in each of his children.” 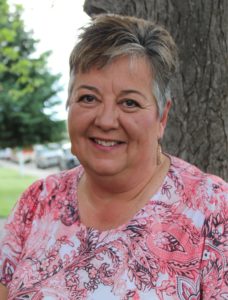 Munson said that she  truly believes women deep down inside long for that kind of a man. “They would love to be the nurturer, the one who gives her children a grounded sense of security, and teaches her children the skills and ability to relate well with others in ways that only a woman of deep self-worth can provide. I know that as a woman I want my husband to be there for me emotionally and also be the spiritual leader of our family.  I know in my heart of hearts that men are capable of being exactly these things. God designed them to be incredible leaders in the home. They just don’t know why or how.”

Pastor Munson explained that our present culture and society has been screaming anything but God’s design at us for so long that we have swallowed their lies.

“God has designed for them a glorious and fulfilling life as righteous men and women on this earth. We’ve allowed them to accept the belief that it is okay to tell God he is wrong and do our own thing. I honestly pray for the men of our nation – no matter which subculture that they are in – to so long for their own manhood to be restored that they will throw off the weight of these voices and start to look for God’s truth for themselves.  I pray for women, that we will do the same.”

Called to be Men is available at Amazon.com.