Top Posts
Colorado football coach Sanders’ unabashed faith
There’s A Light That Enters Houses With No...
Knowing the One Who Always Keeps His Word
Pregnancy Resource Centers Fight For Life Amidst Opposition
This World is Not Our Home
Lessons Learned From a Gingerbread House
Let There Be Peace on Earth
‘I Wanna Dance’ movie: Whitney Houston’s success and...
Fact Finding, Sight Seeing, and Prayer Walking
Kidney donation led to 8 life-saving surgeries
Home ANS Feature Can We Trust the Gospels: Peter J. Williams says Yes

Can We Trust the Gospels: Peter J. Williams says Yes

Review of Peter Williams’ book Can We Trust the Gospels 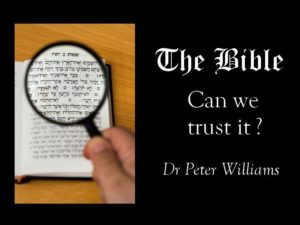 ALBUQUERQUE, NEW MEXICO—I distinctly remember the Christmas I received my first adult Bible: I was entering junior high school.  After opening the blue Cambridge red letter edition, I held it as though power were in my hands.  Awe, wonder, and deep respect welled up inside me.  Sadly, I didn’t read it.  It wasn’t until high school that I began to open its pages.  By that time, however, I bought a new Bible, a brown leather Open Bible.  I peeped in the pages like a marvelous mystery, a world unknown.

As I grew in my faith, so, too, in my knowledge of the Bible.  I began to memorize passages: The Lord’s prayer, the Beatitudes, and the like. I even started to learn the various authors of the books in the Bible: who, what, where, when, and why. But an internal, gnawing question arose: Can I trust what I’m reading?  After all, most of the book in the Bible were written in antiquity.  Surely something is amiss.

So commenced my quest to understand the history and authenticity of the Bible.  Over the years I examined a large foray of books:  The Canon of Scripture by F.F. Bruce, The Origin of the Bible by J.I. Packer, From God to Us by Norman Geisler,  How We Got the Bible by Neil Lightfoot, The Journey from Texts to Translations by Paul D. Wegner, and many, many more.   And later, I began to read books that counter much of what I was reading in the pro-Bible camp, mainly Bart Ehrman’s swath of works.

Yet after all my reading and study, eventually teaching a course in college on the topic, my conclusion still stands: The Bible is reliable, trustworthy, and an accurate historical source. 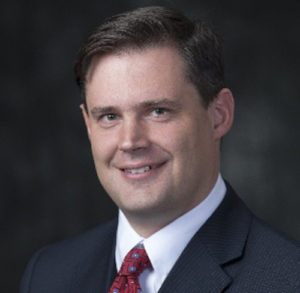 Recently, journalist, Dan Wooding, asked me to contact Peter J. Williams, principal of Tyndale House in Cambridge about a new book Dr. Williams wrote.  After a brief discourse via email, Can We Trust the Gospels found its way to me.

When I open the book to find an endorsement by Oxford mathematics professor, John C. Lennox, my interest peaks.  Lennox writes: “The wild and unscholarly yet widely accepted assertion by Richard Dawkins that the only difference between The Da Vinci Code and the Gospels is that the Gospels are ancient fiction while The Da Vinci Code is modern fiction deserves a measured and scholarly response. There is no one better qualified than Peter Williams to provide it, and this book is a masterly presentation of a compelling cumulative case that ‘all of history hangs on Jesus.’”

In eight easy-to-read chapters, Dr. Williams outlines a formidable case that, indeed, the Gospels are a reliable historical source.

What Do Non-Christian Sources Say? 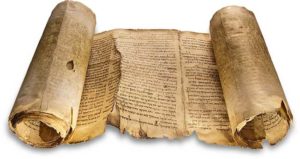 In chapter one, Williams provides non-Christian sources for Biblical reliability.  Here he cites men of antiquity such as Tacitus, Josephus, Pliny the Younger, and various Jewish authors, noting the towns, regions, and geographical locators found within the Gospels.  Williams conclusion is that “the confirmation of basic facts from the New Testament…” are substantiated by non-Christian sources.

What Are the Four Gospels?

In chapter two, Williams unpacks the question:  What are the Gospels, providing the reader an overview of the contents and contours of what the Gospels are—and are not.   Williams discusses important topics such as when the Gospels were written and why.

Did the Gospel Authors Know Their Stuff?

Chapter three asks the question, Did the Gospel Authors Know Their Stuff?  Meaning, is what is recorded in the Gospel consistent to the geographical, historical, and cultural indicators found outside of the Gospels?  Williams answer:  yes. 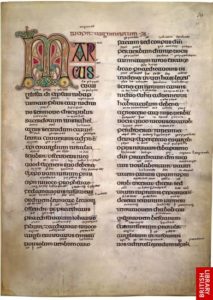 Chapter four is an interesting angle on an important topic:  coincidence.  Dr. Williams frames the setting as thus: “In an undesigned coincidence, the writer show agreement of a kind that is hard to imagine as deliberately contrived by either author to make the story look authentic.”  An example of the coincidence Williams refers is the two sisters, Mary and Martha, recorded in Luke 10:38-42 and John 11:20-40.  The conclusion Williams draws: “…there is no obvious reason to conclude that one author has copied the other, but the two narratives present the two characters in ways that accord with each other.”

Do We Have Jesus’ Actual Words?

Chapter five is critical, because many books—such as Bart Ehrman’s I reference above—indicate that we do not Have Jesus’ Actual Words recorded in the Gospels.  Williams would disagree. In discussing quotations, memorization, parables, and various differences of word choice within the Gospels and translations, Williams concludes: “we find many converging reasons to believe that we have content that originated from Jesus. These include the nature of the teaching, the genre (parables), and the levels of verbal agreement between different accounts.” Hence, the “Gospels is not on its own a sufficient reason to doubt that we have a reliable record of what Jesus said.”

Has the Text Changed? 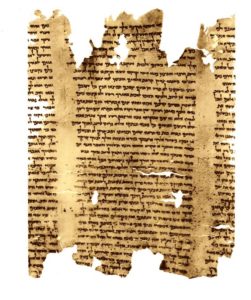 Chapter six asks, Has the Text Changed? To answer the question, Williams unpacks history and hermeneutics (the science and art of interpretation, including scribal copying). Williams writes, “It should also be observed that this competence in copying is not unique to Latin and Greek literature. Arabic, Chinese, He- brew, Sanskrit, and Syriac texts, to name just a few, have been transmitted by scribes for periods in excess of a millennium with extraordinary accuracy. When assessing an ancient text, we must avoid the trap of assuming that a text is untrustworthy until demonstrated trustworthy. Rather, we may rationally assume that most later manuscripts are reasonable representations of ancient texts.”   Williams wraps up this chapter with this stirring conclusion: “In returning, then, to the question of the trustworthiness of the Gospel text, it is rational to have a high degree of confidence in the text of the Gospels as it appears in modern editions. These editions themselves indicate where uncertainties lie. Any changes to the text from the earliest composition would have to be limited to (1) changes to an individual Gospel, or (2) changes that were small enough to be adopted as authentic by copyists who would not want to have passed on anything they knew was changed, or (3) changes for which there is ongoing evidence in our manuscripts.” 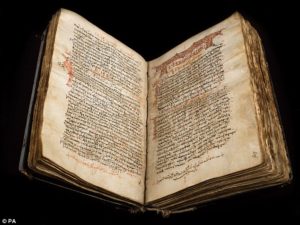 Who Would Make all this Up?

In the final chapter, Williams answers the question Who Would Make All This Up? By providing the answer, Williams travels the landscape of miracles, evidence for the resurrection, and the historical Jesus as it relates to the larger text within the Old Testament.  Williams summarizes his journey with these words: “A far easier position is to make a single supposition, that all of history hangs on Jesus. It is a single and simple supposition, but I am not claiming that it is a small one. It does have huge explanatory power as it accounts for the signs in the Gospels that would normally be taken as signs of reliability, for the genius of Jesus’s character and teaching, for the evidence for the resurrection, and for the correspondence of Jesus’s life with the Old Testament. Of course, if Jesus is the Word who is coeternal with God, and the one who has come to save the world, then the question of the trustworthiness of the Gospels is not a mere issue of historical interest. If the picture of Jesus in the Gospels is basically true, it logically demands that we give up possession of our lives to serve Jesus Christ, who said repeatedly in every Gospel, ‘Follow me.’” 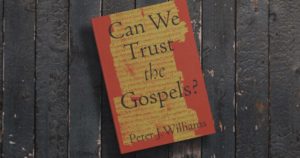 Williams, like I did years ago, concludes that the Gospels are a reliable source for doctrine, salvation, and history.  And like Williams states above: our reasonable response it to follow Him whom the Gospel writers wrote.  Nothing less will do.

To learn more about Dr. Peter Williams and Can We Trust the Gospels?  Click here: https://www.theopedia.com/peter-j-williams