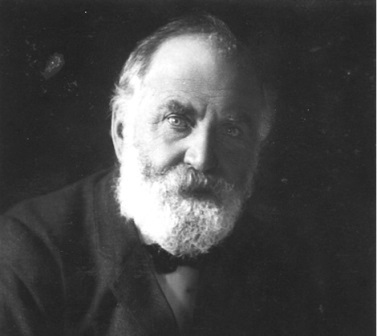 UK newspapers are the least trusted in Europe, a European Broadcasting Union (EBU) survey reveals.
A 1,000 people in each of 33 countries were interviewed. The UK scored minus 51. The Netherlands was top with a plus 44 score.

The UK situation is a far cry from the Victorian era of William Thomas Stead, the English newspaper editor who pioneered investigative journalism. The Northumbrian Congregational clergyman’s son declared that journalism was “a glorious opportunity of attacking the devil.”

He was a controversial figure whose life was tragically ended at the age of 62 when the Titanic sank on its maiden voyage from Europe to North America in 1912. Stead was the most famous Englishman on board.

Stead influenced American newspaper tycoon William Randolph Hearst when they met in New York in 1897.
As editor of London’s The Pall Mall Gazette Stead successfully campaigned for the sexual age of consent to be raised from 13 to 16 in 1885. It was dubbed the Stead Act.

Stead’s ‘new journalism’ was a forerunner of campaigning newspapers. He showed how to influence public opinion and government policy. His improvement calls on child welfare, social legislation and criminal law bore much success. Stead’s moral mission was fired by his Christian faith. Before his former boss John Morley was appointed Secretary of State for Ireland, he was asked if he could deal with a rebellious country. Morley replied that if he could manage Stead, he could manage anything.

In Christian circles Gordon is known for championing The Garden Tomb in Jerusalem as the place where Jesus Christ was buried and resurrected. The rock-cut tomb is now a popular tourist attraction and place of moving worship and reflection.
According to the gospels, Calvary/Golgotha, just outside Jerusalem’s walls, was where Jesus was crucified. Matthew and Mark translated the limestone location of Golgotha to mean “the place of the skull.” This description of the rocky escarpment is still identifiable today and is known as ‘Skull Hill.’

The Church rarely gets a fair representation in today’s media. When the latest Bishop of Lichfield was appointed to head a large diocese in the English Midlands I urged him to appoint clergy to monitor local newspapers and respond if anything untoward was published about the Bible or Christian faith.

Christians must become more pro-active in defending their faith against the onslaught of atheists who are becoming more overt in mocking the Bible in the media. A fulfillment of the Bible’s ‘last days’ prophecies.

I’m in a battle royal with my former employer, The Sentinel, of Stoke-on-Trent, Staffordshire, after the newspaper refused to print my riposte to a reader’s letter stating that God was a “sadistic psychopath … prone to mistakes … and condoning incest and slavery.”

The Editor, who calls himself “a good Methodist lad,” said he can publish what he likes and that all views about the Bible are equally valid.

I responded by telling him that his comments confirmed acceptance of postmodernism’s premise that no definite terms, boundaries, or absolute truths exist.

I wrote: “A newspaper’s prime calling is to endeavour to print the truth at all times. The Sentinel’s policy to allow atheists to define Bible doctrines is risible. To anyone with a limited knowledge of Scripture their claims have been preposterous yet The Sentinel bans Christians from exposing their errors.

“All I have postulated is what the Bible says. I have not given my own interpretations of a particular verses.”
This is not the first time I’ve crossed swords with my former colleague. I complained when two atheists’ letters were published to my one. Yet the Editor told me that in his opinion this was “fair.” Can you believe it?

As 1 Corinthians 2:14 states: “The man without the Spirit does not accept the things that come from the Spirit of God, for they are foolishness to him, he cannot understand them, because they are spiritually discerned.”

Friends of mine have complained to The Sentinel about the refusal to print my response. I have also raised the issue with several Members of Parliament, three Bishops, more than a dozen denominational publications, Christian media, and local newspaper and radio stations. The tide of human secularism is sweeping away traditional standards such that abortion, euthanasia, same sex marriages, transgender issues, and so-called free love have become accepted.

My next step will be to refer my complaint to the Independent Press Standards Organization, to which most UK newspapers belong, and which states:

Contrary to popular belief the Bible can be corroborated on many fronts. Practically every week there are discoveries confirming what Scripture says. Americans Josh McDowell and Lee Strobel have published excellent books on this subject. They should be in every Christian’s home library. And if they are not in your local municipal library Christians should file a purchase request! God requires more media missionaries.

Can We Trust the Gospels: Peter J. Williams says Yes