Top Posts
Knowing the One Who Always Keeps His Word
Pregnancy Resource Centers Fight For Life Amidst Opposition
This World is Not Our Home
Lessons Learned From a Gingerbread House
Let There Be Peace on Earth
‘I Wanna Dance’ movie: Whitney Houston’s success and...
Fact Finding, Sight Seeing, and Prayer Walking
Kidney donation led to 8 life-saving surgeries
The Power of Curiosity
When Love Came Down at Christmas
Home ANS Feature China Freedom Fighters and Pastors Face Government’s Wrath 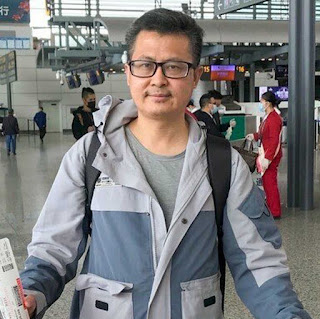 Guo Feixiong at the airport prior to being barred from flight to the US.

Chinese Government officials blocked human rights activist Guo Feixiong on January 27th from boarding a flight to visit his ill wife. Authorities intercepted him on the 28th and those on the outside later lost contact with him. Initial conclusions are that he was “trapped by the police.”

In response, ChinaAid President Bob Fu contacted the State Department to express concerns and the need for the government to address this critical situation.

Please pray for jailed pastor Zhang Shaojie.  Officials escorted him last month to a new facility to finish out the last five years of a 12-year sentence. Pastor Zhang was arrested in 2013 as he served at Nanle County Christian Church.

Human rights activist Wang Jing was jailed for years for her work as a citizen journalist. Officials arrested and tortured her numerous times, and eventually falsely charged her and handed down a four-year sentence in 2016. She was diagnosed with more than 20 health ailments after officials released her.

Thank you for your prayers. China continues unabated in its repression of human and religious rights.