Top Posts
Pregnancy Resource Centers Fight For Life Amidst Opposition
This World is Not Our Home
Lessons Learned From a Gingerbread House
Let There Be Peace on Earth
‘I Wanna Dance’ movie: Whitney Houston’s success and...
Fact Finding, Sight Seeing, and Prayer Walking
Kidney donation led to 8 life-saving surgeries
The Power of Curiosity
When Love Came Down at Christmas
A Walk of Faith Begins with a Step...
Home ANS Feature Military coup is terrible news for Myanmar’s 4.4m “forgotten” Christians

Witney, England (ANS) – The military coup in Myanmar is distressing news for the nation’s 4.4 million Christians, according to a spokesperson for Christian persecution watchdog Open Doors.

“In the last half-century the military junta has been systematically persecuting Christians. What happens now, remains to be seen,” says Jan Vermeer, Open Doors’ Communications Director for Asia. 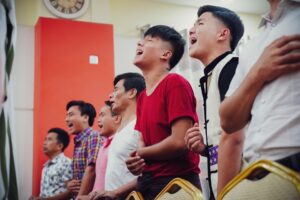 “Military rule could mean reinforced power for the dominant religion,” says Open Doors local partner, Brother Lwin*. “The military government of the past has always been protective of their Buddhist culture and tradition. This may have serious implications to the Church. We are expecting restrictions upon the Church to happen once again though we are unsure of the extent and the form it will take as of yet.”

Buddhist nationalism is strong in Myanmar, driving much of the ongoing persecution of Christians as well as other religious and ethnic minorities. Myanmar’s military is strongly driven by this nationalism, and, along with much of the Buddhist population, considers Christians to be second class citizens.

It is this religious nationalism that has led to the persecution which drove millions of Rohingyas, Muslim and Christian, to flee to neighbouring Bangladesh, where many remain in Cox’s Bazaar refugee camp.

In the current coup, Myanmar’s military has detained the country’s de facto leader Aung San Suu Kyi along with other key politicians in a series of dawn raids. The senior General in the army Min Aung Hlaing has declared that they will take charge of the nation for the next year.

“As the military seizes power and detains the country’s leaders, all communication lines like phone and internet have been cut off,” says one of Open Doors’ partners in the region. “We are cut off from our contacts inside the country, but we are doing our best to monitor the situation.”

Lwin is worried that the takeover will damage their means of financial support. “The military also has the track record of devaluing the local currency. It may happen again. This will set the country’s economy to plummet. Financial support to the Church coming from outside the country will be impossible to bring in with banks being closed down.”

Myanmar is the scene of the longest civil war in the world, which began in 1948. It affects, among others, the predominantly Christian states of Kachin, Karen and Shan. Believers are vulnerable to persecution by both insurgent groups and the army.

Converts to Christianity faith also face persecution from their families and communities for leaving, or ‘betraying’, the system of belief they grew up in. Communities who aim to stay ‘Buddhist only’ make life for Christian families impossible by not allowing them to use community resources such as water.

The Covid-19 pandemic has brought added challenges, with reports of many Christians being deliberately overlooked in the distribution of government aid.

“We’re at a crucial moment for the future of Myanmar,” says Julia Bicknell, analyst of Open Doors’ World Watch List. “And it is the country’s religious and ethnic minorities, including the Christians that have most to fear from the current crisis. The plight of the Rohingya people has highlighted the persecution of ethnic and religious minorities, particularly Muslim population. Christians feel forgotten, we need to make sure that they aren’t.”