Top Posts
Knowing the One Who Always Keeps His Word
Pregnancy Resource Centers Fight For Life Amidst Opposition
This World is Not Our Home
Lessons Learned From a Gingerbread House
Let There Be Peace on Earth
‘I Wanna Dance’ movie: Whitney Houston’s success and...
Fact Finding, Sight Seeing, and Prayer Walking
Kidney donation led to 8 life-saving surgeries
The Power of Curiosity
When Love Came Down at Christmas
Home World MissionsPersecution Chinese Christians Forced to Stop Activities

GUIYANG CITY, GUIZHOU PROVINCE, CHINA (ANS) —  Authorities in China have accused Christians in Guizhou of carrying out “illegal religious activities” and forced them to stop meeting together with immediate effect.

The Chinese authorities also confiscated furniture, a projector and other property. The Christians are all former members of Living Stone Church, as reported by Christian Solidarity Worldwide (CSW). 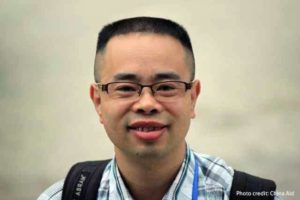 CSW said a notice issued by the authorities and dated 31 July 2019 states that the Christians were in violation of Article 40 of the Regulations on Religious Affairs.

A local Christian told CSW that the regulations effectively outlaw unregistered house churches, because only churches under the state-sanctioned Three Self Patriotic Movement have sites for religious activities recognised by the government.

The church grew rapidly with a membership of over 700 at its peak.

In November, 2015 the church received a “Rectification Order” from authorities stating that the church’s use of a commercial building was illegal and gave the church three days to respond or incur fines.

An application by the church for a reconsideration of the penalty notice was rejected by Guiyang Municipal People’s Government, and several church members were detained or fined in connection with the case.

On 21 December 2015 one of the church’s pastors, Pastor Yang Hua, also known as Li Guozhi, was placed under criminal detention on the charge of “illegally possessing state secrets.” Charges relating to “state secrets” are often levelled at activists and dissidents and can entail certain restrictions, such as family members not being allowed to attend the trial.

Pastor Yang was released from prison on 19 June 2018. On 26 April 2018 another leader at the church, Pastor Su Tianfu, was sentenced to one year in prison suspended for two years, with a further six months’ residential surveillance, after having been under house arrest since December 2015.

CSW said that after authorities effectively closed down the church, the members have continued to meet in small groups, despite ongoing harassment from the authorities.

CSW’s Chief Executive Mervyn Thomas said: “Once again the Chinese authorities have used the Regulations on Religious Affairs to violate the right freedom of religion or belief, in contravention of international provisions protecting this fundamental human right. Members of Living Stone Church have faced years of unjust hostility at the hands of the government, and CSW condemns the authorities’ order to prevent the Christians from meeting together.

“We call for the immediate repeal of this order and to cease all harassment of the church’s members. We also call for the immediate and unconditional release of Pastor Su Tianfu, and all those detained in connection with their religion or belief in China. The international community must take every opportunity in bilateral dialogues to raise the case of these Christians and other religious groups who are facing repression in China.”