Top Posts
Knowing the One Who Always Keeps His Word
Pregnancy Resource Centers Fight For Life Amidst Opposition
This World is Not Our Home
Lessons Learned From a Gingerbread House
Let There Be Peace on Earth
‘I Wanna Dance’ movie: Whitney Houston’s success and...
Fact Finding, Sight Seeing, and Prayer Walking
Kidney donation led to 8 life-saving surgeries
The Power of Curiosity
When Love Came Down at Christmas
Home ANS Reports Chinese Communist Party Operative In The U.S. Works to Eliminate Bob Fu 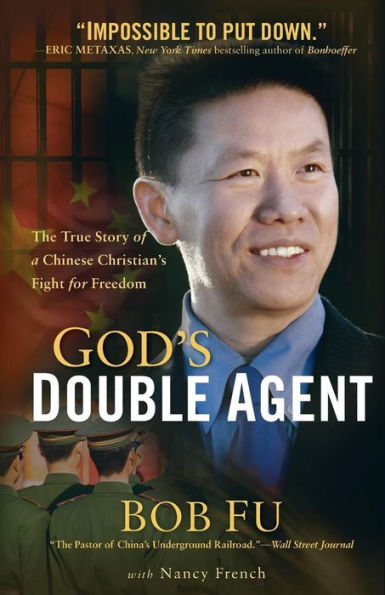 Bob Fu and ChinaAid are in danger. A Chinese Communist Party (CCP) operative in the US urged his supporters to eliminate Bob Fu, the founder of China Aid, and other renowned Chinese dissidents in late September.

China Aid reports that this order must have come straight from Beijing. The Chinese Communists want Bob silenced since he is perhaps the leading advocate for Christian persecution in China.

“I pray God uses this threat to expose the Chinese communist’s agenda to destroy Christianity. Christians need to know what is really happening in China and now even here in the USA. Please pray for me and my family.” – Pastor Bob Fu

Instructions to eliminate Bob Fu and others have gone out over YouTube and other social media channels. Protestors demonstrated in front of Bob’s house on September 26th, threatening his wife and children.

The agenda is clear. Stop the Christian witness and any criticism of the Chinese Communist Party. Extra security is being added for Bob and his family. Your prayers are needed now more than ever.

You can order Bob’s bestselling book God’s Double Agent here.  When you do, you will learn about the Chinese Communist Party’s agenda and campaign to destroy Christianity.  Please also keep Bob, his family, and ChinaAid in your prayers amid these severe threats.

More Christians Arrested in Eritrea as Others Are Released