Top Posts
Knowing the One Who Always Keeps His Word
Pregnancy Resource Centers Fight For Life Amidst Opposition
This World is Not Our Home
Lessons Learned From a Gingerbread House
Let There Be Peace on Earth
‘I Wanna Dance’ movie: Whitney Houston’s success and...
Fact Finding, Sight Seeing, and Prayer Walking
Kidney donation led to 8 life-saving surgeries
The Power of Curiosity
When Love Came Down at Christmas
Home ANS Feature Persecution Does Not Stop Elder Li 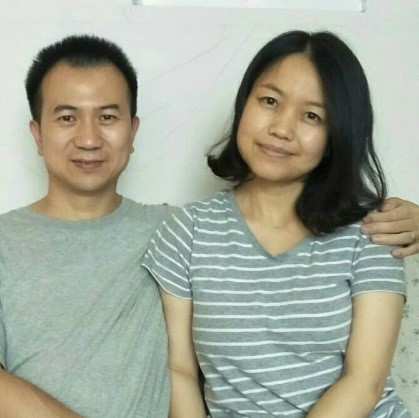 Li and his wife were detained simply for attending church.

Chengdu, Sichuan Province – On October 4, in Chengdu, Sichuan Province, persecution of the church continues,  Multiple police officers appeared at the home of Elder Li Yingqiang of Chengdu Early Rain Covenant Church and stopped him from attending Sunday worship. Police arrived at 8:20 am that morning and did not leave until noon.

According to Elder Li’s Facebook page, two undercover officers with several guards and uniformed police officers broke into his home, (included one uniformed officer, Director Dai of Qingyang District Caotang Road police station), Elder Li challenged the officers and asked if they had secured official paperwork to detain him.

Police stressed that they did not come to enforce the law at this time but to “chat” (communicate). Even though Elder Li said that he did not want to chat, officers insisted that he talk with them. Elder Li explained to the officers why he risked returning to Chengdu and why he remains committed to the church with several hundred congregants experiencing persecution.

Police Officer Xu asked, “With all the difficulty, why don’t you guys change? If Christians changed, they could live a better life, right?”

“Yes, Christians hope to live a better life, but it is more important to obey God’s will and His guidance than to live a good life on Earth.”

He presented the gospel, the reason for his hope and faith to the officers, and told them what he holds fast.  He explained about the separation of church and state, the belief Early Rain Covenant Church holds.

Since police, state security officers, the Bureau of Ethnic and Religious Affairs, and the Education Bureau visited Li’s home, officials have monitored Elder Li and his family 24/7.  This information is provided by China Aid. www.chinaaid.org