Top Posts
Knowing the One Who Always Keeps His Word
Pregnancy Resource Centers Fight For Life Amidst Opposition
This World is Not Our Home
Lessons Learned From a Gingerbread House
Let There Be Peace on Earth
‘I Wanna Dance’ movie: Whitney Houston’s success and...
Fact Finding, Sight Seeing, and Prayer Walking
Kidney donation led to 8 life-saving surgeries
The Power of Curiosity
When Love Came Down at Christmas
Home ANS Feature Christian Boy in Uganda Feared Killed in Ritual Sacrifice

11 year old Abdul is feared to have been sacrificed.

NAIROBI, Kenya – A Christian boy has been killed after a woman said to be a radical Muslim opposed to his father’s conversion from Islam sold him and his sister to a witchdoctor for ritual sacrifice, their father said.

Sulaiman Pulisi, a former imam (mosque leader) who became a Christian three years ago, said that in July 2018 his daughter, then 13, and his then-11-year-old son, Abdulmajidu, disappeared from their home in eastern Uganda’s Kachiribong village, Kasasira Town in Kibuku District. Police rescued his daughter on Sept. 16.

“We are mourning for our son who is alleged to have been sacrificed,” the crestfallen Pulisi told Morning Star News. “We are mourning with my daughter, who has been used as a sex object by the Muslim shaman.”

The identity of the suspected kidnappers remained unclear. Pulisi’s daughter, whose name is withheld for security reasons, was rescued from the witchdoctor’s home in a village in western Uganda after a Christian shopkeeper there asked her where she had come from.

“A radical Muslim woman called Sania Muhammad [of Kasasira, in eastern Uganda] who had connections with Muslim men used to look for children of converts from Islam and sell them to this particular Muslim witchdoctor,” the shopkeeper, Joseph Sodo, told Morning Star News based on what police have told him about their investigations.

After being kidnapped, Pulisi’s daughter used to buy items from Sodo’s shop in western Uganda’s Nakalama village, Ntwetwe, Nankadwa Sub-County, Kyankwanzi District, and one day he asked her where she had come from, he said.

She replied that she came from Kachiribong village in Kibuku District, and when she entered the shop again a week later, he asked further about how she had come to live in Nakalama, he said.

“I was speechless to discover that the girl is from a born-again, former imam but stays with a well-known Muslim witchdoctor or shaman named Isifu Abdullah, who makes use of amulets and charms inscribed with verses of the Koran in warding off evil forces,” Sodo told Morning Star News. 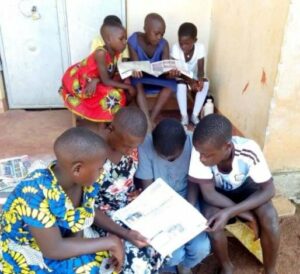 Besides treating patients for a variety of mental and physical problems, Abdullah was known as a traditional “healer” who used trinkets, potions and incantations to counter financial and social ruin attributed to malicious spirits and other supernatural beings, Sodo said. Belief in evil spells and counter-spells is widespread in Uganda, and human sacrifices for blood and organs believed to get rid of especially harmful curses are increasingly reported.

Sodo said he was further alarmed when the girl told him that her brother had disappeared two months after they were brought to western Uganda.

“When my brother disappeared, Abdullah took me as his wife,” she told him, Sodo said.

“At first the girl feared to disclose who her parents were, saying, ‘Abdullah warned me that I should keep his identity a secret, and that if I disclose his identity, then I will die,’” he said. “I promised her that Jesus will protect her, and nothing wrong will befall her. Then she gave me the phone number of her father.”

After police rescued her from Abdullah on Sept. 16, officers in western Uganda, Kampala and eastern Uganda discovered that Muhammad in concert with other radical Muslims opposed to conversion from Islam had sold the two children to Abdullah, he said.

The traumatized girl said that after her brother disappeared from the place where they were living as hostages, she asked Abdullah where he was. The only answer she received, Sodo said, was, “Allah who is all-knowing knows.”

“Hence he is feared by the residents of Ntwetwe,” he said.

Ntwetwe police in western Uganda have arrested Abdullah, and officers in eastern Uganda’s Kibuku District have arrested Muhammad, he said; both are awaiting charges. Police were searching for people connected with the two suspects.

There are an estimated 3 million traditional “healers,” or witchdoctors, in Uganda. Most human sacrifice is done by witchdoctors who use children’s blood, tissue, or body organs in rituals in the belief that they will bring protection or good fortune, a worker with a childcare ministry told the Special Broadcasting Service (SPS), a media outlet in Australia.

The worker told SPS last year that his team investigates up to 25 cases of child sacrifice annually, though they fear there are many other cases unreported.

The kidnapping and killing of Pulisi’s children was the latest of many instances of persecution of Christians in Uganda that Morning Star News has documented.

Uganda’s constitution and other laws provide for religious freedom, including the right to propagate one’s faith and convert from one faith to another. Muslims make up no more than 12 percent of Uganda’s population, with high concentrations in eastern areas of the country.

Photo: Abdulmajidu, 11, was said to have been killed in ritual sacrifice in Uganda. (Morning Star News)

© 2020 Morning Star News.  This article and photo are reprinted with permission.  https://morningstarnews.org

Mobilising UK Christians to pray for society this October