Top Posts
Knowing the One Who Always Keeps His Word
Pregnancy Resource Centers Fight For Life Amidst Opposition
This World is Not Our Home
Lessons Learned From a Gingerbread House
Let There Be Peace on Earth
‘I Wanna Dance’ movie: Whitney Houston’s success and...
Fact Finding, Sight Seeing, and Prayer Walking
Kidney donation led to 8 life-saving surgeries
The Power of Curiosity
When Love Came Down at Christmas
Home ANS Reports Church Rallies Around Dana 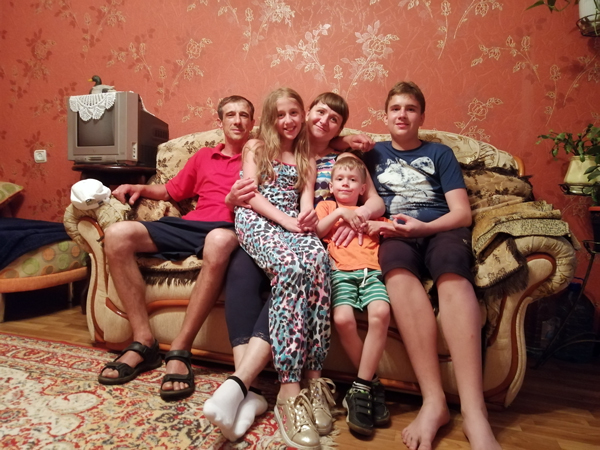 UKRAINE: The evening of April 27th was a normal one for the Bondarchuk family. This close knit family had enjoyed a good time together. Mom and dad, former drug addicts before finding Christ, played with their three kids in their small apartment. They appreciate the help they receive through their Mercy Projects sponsorship and they feel like they have hope for the future. The night of April 27th however, rocked their hopes and dreams.

At one o’clock in the morning, while everyone was sleeping, the mother, Katya woke up suddenly to hear groaning sounds coming from the children’s bedroom. She ran into the room to see her daughter, Dana, lying on the floor with blood pooling around her ear.

“I lifted Dana from the floor and hugged her,” Katya said. “I felt something wet and saw blood pouring out from Dana’s ear and nose. She started vomiting blood.”

Dana Had A Nightmare

After playing with her family that night, Dana went to bed and began reading her school assignment, “Alice in Wonderland.”

“Before going to sleep Dana was reading ‘Alice in the Wonderland.’ I think it disturbed her so much that in her sleep she was trying to run away from something scary,” Katya said.

As they found out later, Dana had a nightmare and fell off the top bunk bed.  They called an ambulance at once. The ambulance took them to the department of cranial injuries in a Kyiv area hospital.

After an examination and CT scan of Dana’s brain, she was diagnosed with open temporal bone fractures, severe cerebral contusion, and hematoma. Cerebrospinal fluid was leaking through the ear.

Their local church was notified and began to pray. Christian Hope Church is well known in Kyiv and they prayed for Dana’s healing night and day for 4 weeks.

Read the full story from Mercy Projects online at www.mercyprojects.org