New Malden, England (ANS) – Christian Solidarity Worldwide is calling on the Mexican government to renew investigations into the abduction of Protestant Pastor Aarón Méndez Ruiz and his co-worker Alfredo Castillo de Luna, on the first anniversary of their forcible disappearance from the migrant shelter where they worked in Nuevo Laredo, on the US-Mexico border. 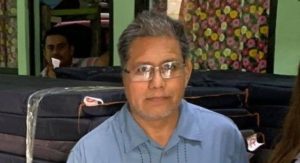 According to CSW Pastor Méndez Ruiz and Mr Castillo de Luna were kidnapped from the AMAR migrant shelter where they worked on 3 August 2019, after the pastor blocked an attempt by an organised criminal group to kidnap Cuban asylum seekers from the shelter. The two men have not been seen or heard from since.

In October 2019 the Inter-American Human Rights Commission (CIDH) issued a call to the Mexican government to detail what measures it has taken “to determine the whereabouts or destination” of the two men, to protect the families of the victims and report the progress of the investigations of the facts. Despite this, there has been no progress in the investigation and no perpetrators have been held to account.

The expansion of violent criminal groups in Mexico and a pervading climate of impunity has led to an increase in violence against religious leaders in recent years. Many criminal groups view church leaders, both Catholic and Protestant, and their influence, as a threat to their power. Religious leaders continue to be threatened, kidnapped and killed, and a lack of proper investigation means perpetrators are not brought to justice.

Religious leaders involved in church ministries that support drug and alcohol addicts, migrants, victims of human rights violations including trafficking, and those looking to leave or avoid involvement in criminal groups are also at risk.

CSW’s Chief Executive Mervyn Thomas said: “It has now been a year since Pastor Méndez Ruiz and Mr Castillo de Luna were kidnapped by an organised criminal group because of their work assisting and protecting vulnerable migrants. The Mexican government must do more to ensure that questions over the two men’s whereabouts are answered by renewing investigations into this case and ensure that the issues of impunity in cases such as this and lack of protection for religious leaders are addressed. We also call on the international community to raise this case and other violations of the right to freedom of religion or belief with Mexico at every opportunity.”

Chasing the Wind is Foolishness