Top Posts
Knowing the One Who Always Keeps His Word
Pregnancy Resource Centers Fight For Life Amidst Opposition
This World is Not Our Home
Lessons Learned From a Gingerbread House
Let There Be Peace on Earth
‘I Wanna Dance’ movie: Whitney Houston’s success and...
Fact Finding, Sight Seeing, and Prayer Walking
Kidney donation led to 8 life-saving surgeries
The Power of Curiosity
When Love Came Down at Christmas
Home ANS Feature Condom Relay Races For Children in California Schools

Condom relay races are part of the California sex education bill AB 329.  Passed in 2016, Rebecca Friedrichs is working hard to do something about it with her new book Standing Up To Goliath: Learn how to stand with great teachers and reclaim our schools. 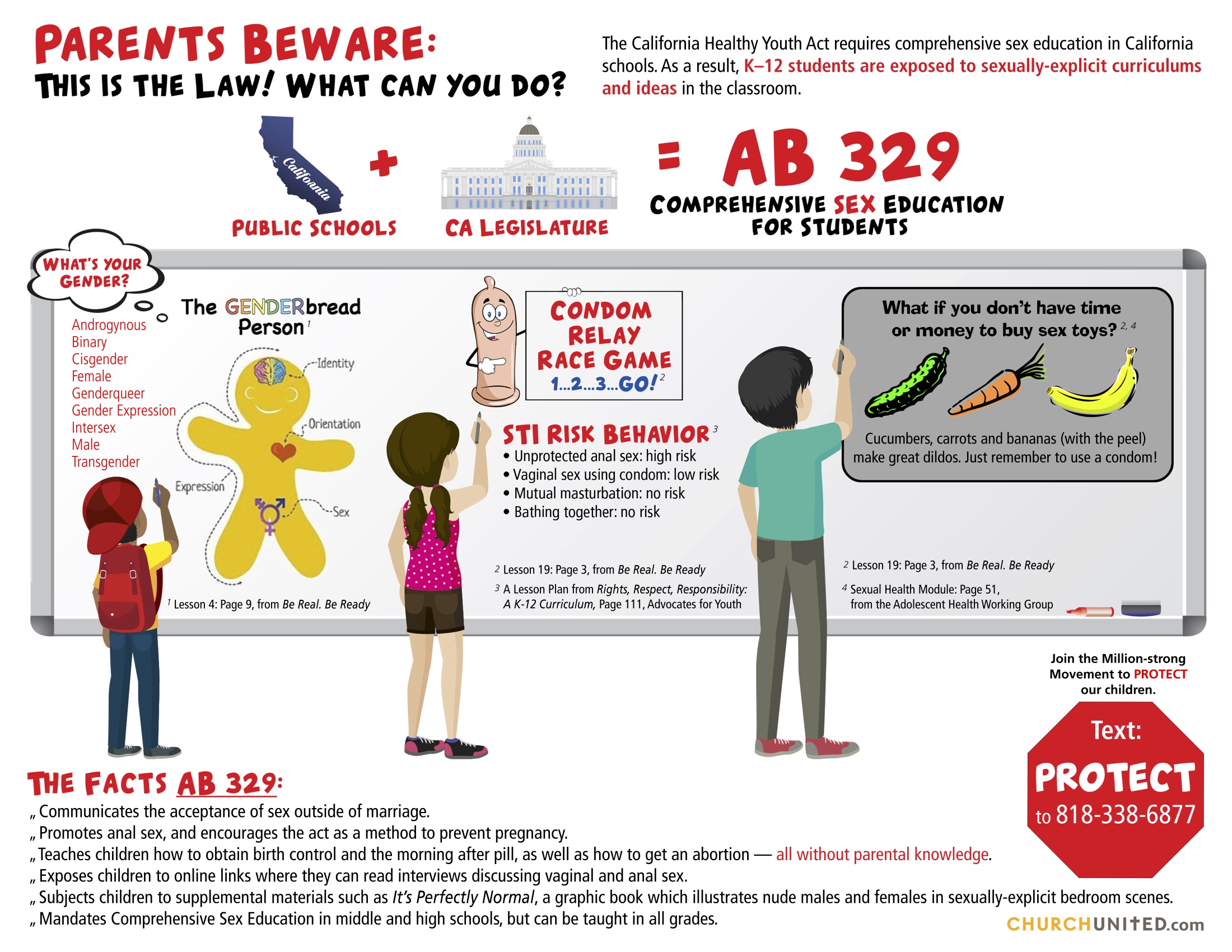 SOUTHERN CALIFORNIA (ANS) – I met Rebecca Friedrichs the first time at the National Religious Broadcasters annual convention Proclaim 2019.  Rebecca, a former public school teacher for 28 years, explained that the explicit material in the sex education curriculum is truly sexual abuse of our children.  She shares a true story in this short video about a parent of a 5th grader who discovered the condom relay races in her child’s classroom.

Q. Rebecca, where did this Bill AB 329 come from and who wrote it?

A. “This law was lobbied for, paid for and pushed by the California Teachers Association and the National Teachers Association along with other teacher unions around the country.  What the California Healthy Youth Act, AB 329 does, is bring in something called the comprehensive sexuality education program.  This sounds okay, but what they have done is approve 6 different curriculums in the State that can be used in our classrooms. These are actually the early sexual indoctrination of children.  In my opinion, this is sexual abuse of children.

“Boys and girls, when you were born, your mommy and daddy did not know your gender.”

We are talking pre-school through 12th grade.  The part that starts in pre-school is the gender identity part of the act.  It is pitched as an anti-bullying curriculum. No parents can opt out. All children in public schools are impacted by this.  An example of the lesson in preschool is:

‘Boys and girls, when you were born, your mommy and daddy did not know your gender.    So they assigned you a gender. One day you will figure out your gender from the spectrum of genders available to you. ‘

Thus, our children are now indoctrinated from an early age to disbelieve what their parents have told them.  And of course, to disbelieve what God has told them that He created us male and female. They are told that they are all transgender, and one day they may be able to figure it out.  That is the gender section of this law.”

Condom Relay Races In The Classroom 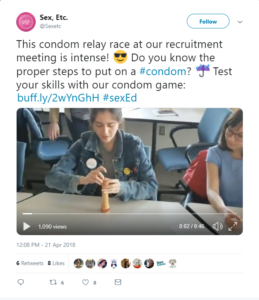 Rebecca continues: “The explicit sex education portion can be taught once in middle school and once in high school, but they can be taught in lower grades as well.  I have parents of children in 5th grade, however, whose teachers have taught this stuff.  One example of the class work is the condom relay races.

In fact, the sex education and gender identity curriculums are not only mandatory in our public schools, but now also in charter schools by order of Jerry Brown, our last California governor.  I am certain they will target our home school families next.

The condom relay races might not show up in every curriculum, but there is always something very similar.  This one was in, “Making Proud Choices” a curriculum by Planned Parenthood.

By the way, if a teacher refuses to teach the curriculum, the law states that an expert can come in and teach it.  This means they can have Planned Parenthood come in to teach explicit sex education games to your children.

The teacher is told to put the kids into two lines, then place two anatomically correct, fully erect male penis models on the table.  Now the kids run to the models, put the condoms on, name the steps in involved, and run back to tag the next child.

They are told this is a fun game.  I think this is child abuse.  It teaches our children a very casual attitude toward sex.  They are also taught to explore their sexuality, to explore their homosexuality because you never know until you try it.

They are literally indoctrinated to sleep around.  One story has a 12-year girl saying to her friend, well, I had sex with a boy and didn’t like it, so now I will have sex with a girl.  In all of these lessons, they are teaching the kids to just use condoms.”

This bill in California is a complete attack on parental rights.  There are great teachers who are against this stuff, but they are bullied to remain silent while the teacher unions bring their activists in to promote this material. They’d leave the unions for sure if they only knew.

Contact Rebecca at www.forkidsandcountry.org for information on how to combat this sex abuse in California classrooms.

The Children of Shanghai Are Like Stars in the Sky