Top Posts
Knowing the One Who Always Keeps His Word
Pregnancy Resource Centers Fight For Life Amidst Opposition
This World is Not Our Home
Lessons Learned From a Gingerbread House
Let There Be Peace on Earth
‘I Wanna Dance’ movie: Whitney Houston’s success and...
Fact Finding, Sight Seeing, and Prayer Walking
Kidney donation led to 8 life-saving surgeries
The Power of Curiosity
When Love Came Down at Christmas
Home ANS Feature The Children of Shanghai Are Like Stars in the Sky

The Children of Shanghai Are Like Stars in the Sky

The Children of Shanghai is a movie I didn’t know I was going to make,” Robert Glover shared recently. He continued, “We are amazed at what God has done.”

Robert and Liz Glover with their six kids left a nice home in the UK for a village in China.  For over one million children this move was life-changing.  This is the brief but amazing story of an ex-footballer and his family’s saga navigating the strange land that became their home. 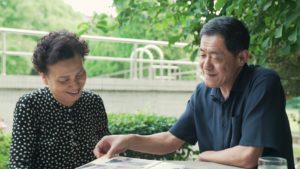 “In 1996 I went to China for the first time.  It was an exploration trip to see what God might be saying to us.  I was in social work in the UK at the time. We lived on the island of Guernsey, had a nice house, and our kids were happy.  God, however, seemed to be calling us to China. I wanted to find out.

One night at our little church a brother spoke to me prophetically. He said, ‘You are going to be a father to as many children as there are stars in the sky.’  I remember thinking, wow, that’s a bit crazy. Don’t know what to do with that.

Robert continued; It’s true that we went to China not knowing what we were going to do there.  We thought we might work with the underground church.  But God desired to use our experience in social work. Shortly after that church meeting, I was at a Bible week conference and an Australian man prayed with me and said, ‘Within a year you are going to be in an earthquake. God is saying that is the place you are to go.’

So fast forward, I went to visit China, and after we landed in Shanghai, a woman came out of the crowd and gave me two tickets to the Special Olympic Games.  My friend said no, we cannot go. I said no, we have to go, and we did. The next day I found myself sitting next to a senior member of the Communist Party of China at the Special Olympics.

At the closing ceremony, he said to me, ‘All this work I do for the children here is for my Father, and he looked up toward the sky.’

I said, “We are Christians and we desire to serve the children as well.”

“Which hotel are you staying in? I will pick you up tomorrow morning at 8 am,” he said.

“The next day at a beautiful meal with incredible people we discussed the fact that you don’t have to keep your children in institutions.   You can place them into families.   They were amazed and wanted to learn more.  You know, the Chinese have a very rich, strong family life.  At the end of the meal, they said, ‘When are you coming back?  We really want you to come back and help us develop this.’

Foster Care Did Not Exist In China 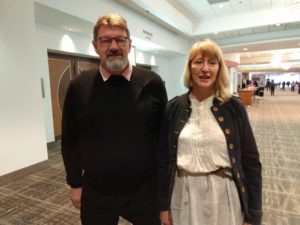 You see, this was a new idea for them.  There was no word for “Foster Care” in the Chinese language.   We parted ways, and we were all very excited.  That night, as I stood looking out the window in our hotel room, the bed began to rock and move. We were having an earthquake!  I went outside into the hallway, and the words of that Australian man rang in my head. This was where we were supposed to be.

When I got back to England, I got a call one day from the Foreign Office in London.  I thought, what have I done now?

I thought to myself, Lord, you know that China has a one-child policy, but we have six children!

As Many as the Stars in the Sky

This took some time to figure out, but at a banquet in December of 1997, one of the men stated that they must give me a Chinese name.  He said, ‘if you are going to work with us as a consultant, then you must have a Chinese name. They all agreed and began to discuss it at the table.  I didn’t understand a word they were saying.

Finally, he stood up and announced, “Robert, as many as stars are in the sky, so you will be the father to many children.  That is the meaning of your new Chinese name”

Back then in those early days, the Shanghai government was discussing placing 300 children into Foster Care.  We never dreamed that 20 years later over one million children would have their lives changed and grow up in families.  Today in China, 85% of their abandoned children grow up in families, in Foster Care, not in institutions.

The movie Children of Shanghai tells their story.  It tells the stories of five of those children and what their outcome is like.  The program went national, they asked us to move to Beijing, and today they run the program without us.  However, many countries all over Southeast Asia have invited Care For Children to consult with them to do the same thing, based on our recommendation from the Chinese government.

The Glovers and www.careforchildren.com work extensively in Thailand, Vietnam, and Cambodia and are branching out to other countries.  Pray for us as we want to make sure we go where God wants us to go,” Robert closed.