Top Posts
‘Nothing is Impossible’ movie: Hoops, romance, second chances
‘God’s Smuggler’ Brother Andrew passes to his reward
Cultivating a Prayer, Care, Share Lifestyle
God Has Plans for Your Life
Worth and Value in the Kingdom of God
Grandchildren Bring Joy and Opportunities to Our Lives
Embracing Change and Changing Lives
Dark Academia and Dead Monks
She ‘intensely related’ to Mary Magdalene character on...
The Most Powerful Thing in the World
Home ANS ReportsInspirational Cope with Creativity: Fighting Pain Through Poetry 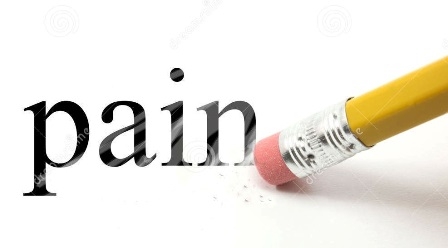 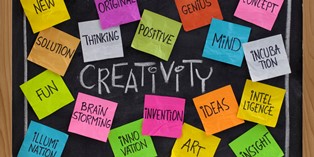 ALBUQUERQUE, NEW MEXICO (ANS — April 6, 2018) — Over eighteen years ago my wife, Melanie, and I lost a child, Riley Nixon. He died on January 25th, 2000. He had Potter’s Syndrome. We had never heard of the syndrome before it struck our home. But when something so drastic descends upon your life, you quickly become familiar with the details. I won’t get into the specifics of the syndrome. But I can tell you a couple things: it’s lethal. And it hurts everyone involved.

I don’t know what you turn to when life hurts, but I tend to turn to a few things. First, the Lord; I rest in His providence. Second, family. Third, friends. And then after the three “F’s” — faith, family, and friends, I have a tendency to turn to one of three things — books, music, and movement (the need to stay busy).

After Riley’s death, I think I turned to all of the above. But I particularly remember running a lot (movement) and reading a lot (books).   As is my custom, I read broadly. One of the main genre’s I often read is poetry. At the time of Riley’s death I was reading poet William Stafford. I don’t remember the particular book, but it was probably The Way It Is: New and Selected Poems that was released in 1998, two years prior to Riley’s death. 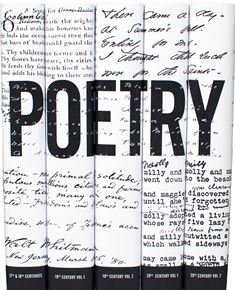 Why I remember reading William Stafford (other than I frequently return to Stafford) is that I was writing my own poetry, looking to Stafford for inspiration and insight. I recently had some of my poems published and was working on a chapbook of my own work. After Riley’s death I thought I might be able to pick up a pen and write about the experience. I never did. The timing didn’t seem right. And over the years I kept trying to remind myself to write about Riley, and other than brief mentions in articles, counseling, or classroom teachings, I didn’t. For the most part, Riley sat quietly in my mind, a gentle reminder of a life that I didn’t really get to know.

But when Riley’s twin brother, Cailan, turned eighteen in 2018, I thought the occasion an opportunity to remember Riley as well. So I picked up my pen and wrote. I happened to be reading a book by Peter Kreeft about angels during the time; reveling in the fact that Riley was with the heavenly beings (not as an angel himself, but as a human awaiting the final resurrection). Furthermore, I was reading lots of Thomas Aquinas (as I still am). Putting all these things together, I came up with the title for the poem, For Riley and The Angels. It’s somber verse, but with a thought-provoking ending.

Because it will be published in the Spring 2018 issue of The Penwood Review (ISSN 1092-5155). I will not print it here [1]. As a short poem, however, I can say that it has philosophical and theological overtones, using words that carry metaphysical meaning. As a subtitle I use the Latin phrase—Mors autem in porta, “death is but a door.”

So why am I writing about this? The reason is simple: in times of deep concern, I encourage you to find a creative outlet. Maybe it’s journaling. Or poetry. Maybe music, dance, or painting. Whatever the outlet, cope with creativity. Margarita Tartakovsky recommends scribbling or collaging [2], as well as drawing repetitive patterns and keeping an art kit close by when working through pain or difficult emotional situations [3]. Others suggest using art therapy as a way to deal with turmoil, a technique “rooted in the idea that creative expression can foster healing and mental well-being” [4]. In addition to emotional pain, creativity can offset physical pain, including headaches and body aches [5]. 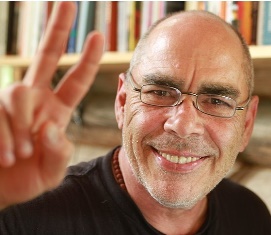 I remember attending a lecture by poet Jimmy Santiago Baca where he stated, “poetry saved my life.” As a young, imprisoned Hispanic male, Baca’s future didn’t look bright. But then he began to write. To recount the beginning of his writing process, Baca states in an interview for NPR,

“When I was in prison a man named Will Inman, who had one of the first bilingual journals along the border, called Illuminations, introduced me to a woman named Mariposa, the butterfly. And as we began to write letters to each other, I think American poets reveled in the epistolary form and for myself it became the resource and the instrument by which I would excavate my voice. I must have written at least a thousand letters to her” [6].

And in his autobiography — A Place To Stand — Baca writes, “Language gave me a way to keep the chaos of prion at bay and prevented it from devouring me.” In short, creativity helped provide a cure to the pain and hardship of his life. Baca became a celebrated poet, traveling the world with his wit and wisdom and writing volumes of verse.

Though it took me years to reckon with Riley’s death — a progressive healing I suppose, I’m glad I did it through poetry, a creative means of emotional restoration. So do yourself a favor, if you’re in pain—emotional or physical — cope with it through creativity. And maybe you’ll find a new outlet in life, leaving a creative legacy for others to learn from. There may be emotional and physical power in pain, but there’s a curative in creativity. Use one to solve and salve the other.