Top Posts
When Love Came Down at Christmas
A Walk of Faith Begins with a Step...
God is Rich in Mercy
Everyone has a Story to Share
‘Till’ movie: Racial murder helped spark civil rights...
Leaning His Head On Jesus, This Evangelist Hears...
Timing, common ground, and fruitfulness in witness
Step Out of the Traffic
In Support of Ukraine
Living an Imperfect, Unfinished Life
Home ANS Reports Four Christians Killed in Easter Attack in Pakistan 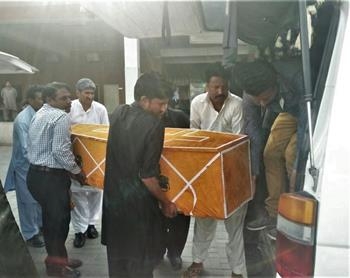 LAHORE, PAKISTAN (ANS – April 6, 2018) – Four Christians, including a woman, were killed and a young girl wounded in a terrorist attack in Pakistan on Monday according to sources cited by Morning Star News (www.morningstarnews.org)

The news outlet reports rickshaw driver Pervaiz Masih was transporting his brothers-in-law Imran Masih and Tariq Masih, along with their sister-in-law Firdous, in Quetta, capital of the restive province, when two unidentified terrorists opened fire on them, killing them instantly, according to the driver’s cousin, George Anjum. The visitors had just boarded the vehicle when they were attacked. 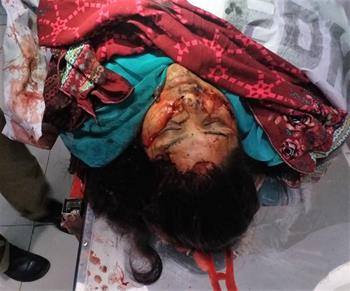 Pervaiz Masih’s 12-year-old daughter, Sidra, suffered bullet wounds and was receiving treatment at Quetta’s Civil Hospital. Her life was said to be out of danger.

“Imran had especially traveled to Balochistan to celebrate Easter with his sister in Quetta,” he said. “Their elder brother Emmanuel, whose wife Firdous is among those killed, makes a living as a rickshaw driver. He was inside the house when the attack took place. The poor man will now have to bring up his three minor children – two daughters and a son – all by himself.”

The bodies of the three visitors reached Lahore earlier this week for burial in their native Narangmandi, Sheikhupura District.

The Islamic State (IS, also known as Daesh), claimed responsibility for the attack but presented no supporting evidence. An IS statement said that a “covert unit” of ISIS militants “managed to target a number of the combatant Christians.” It added that the assailants “shot them with a pistol, which resulted in the killing of four of them, and all praise is due to Allah.”

The news agency went on to report that after a suicide bombing at a Methodist church in Quetta in December, a week before Christmas, IS claimed responsibility for the assault that killed at least nine people and wounded more than 50. It was the first time the Islamist terrorist group had claimed responsibility for a church bombing in Pakistan, though a number of churches have been attacked in the more than 96-percent Muslim country in recent years.

A senior Balochistan police office, on condition of anonymity, told Morning Star News that the IS claim was not confirmed and that the attack seemed to be the handiwork of Sunni terrorist group Lashkar-e-Jhangvi (LeJ).

The official said that intelligence reports indicated the LeJ was collaborating with the proscribed Tehreek-e-Taliban Pakistan (TTP) and Tehreek-e-Taliban Afghanistan (TTA) to target law enforcement agencies and army personnel, as well as the Hazara Shia and Christian minorities in Balochistan, particularly in Quetta.

“Armed forces personnel are on top of these terrorists’ hit-list, followed by Hazara Shias and Christians,” he said. “After studying their modus operandi, we have concluded that these outfits are targeting security personnel and members of the Shia and Christian communities through a well-planned strategy in a bid to destabilize Balochistan.”

The officer said that security across the province, especially in Quetta, was on high alert from Good Friday to Easter to prevent attacks on the Christian community.

“Since security was tight in churches, we believe that the terrorists chose to target the Christians on the roads instead,” he said.

Khalil George, a Christian member of the National Assembly from Balochistan, said that terrorists are now looking for soft targets, making Christians living in Quetta and elsewhere in the province vulnerable.

“The police and other law enforcement agencies had beefed up security at churches, and we acknowledge their efforts to protect us,” George told Morning Star News. “However, it’s imperative to trace and break terror networks involved in such attacks in order to ensure that all people, irrespective of their religious faiths, are able to move around freely without the fear of terrorists.” 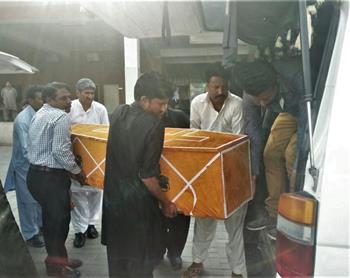 Since 2007, Pakistan has been battling terror groups, including the TTP, LeJ, Jamaatul Ahraar and others that seek to impose a stricter sharia (Islamic law) on the country. Violence has dropped in recent years as a series of military operations succeeded in displacing the TTP and allied groups from their strongholds in northwestern Pakistan, but sporadic, large-casualty attacks continue.

In all, at least 242 people were killed in attacks in Balochistan Province in 2017, according to the South Asia Terrorism Portal research group.

Attacks often target Pakistan’s minorities, including Shia Muslims as well as Christians, Hindus and members of the Ahmadiyya sect.

The suicide bombing on the Methodist church in December was claimed by the ISIS affiliate in Afghanistan and Pakistan, known as ISIS Khorasan. In 2016, a Pakistani Taliban splinter group targeting Christians killed a bystander and injured three members of Pakistan’s security forces when suicide bombers struck a Christian neighborhood near Warsak Dam on the outskirts of Peshawar.

Also in 2016, an Easter Sunday bombing targeting Christians at an amusement park in the eastern city of Lahore killed at least 69 people, mostly Christians.

Pakistan is ranked fifth on Christian support organization Open Doors’ 2018 Word Watch List of the countries where it is most difficult to be a Christian.