Top Posts
Colorado football coach Sanders’ unabashed faith
There’s A Light That Enters Houses With No...
Knowing the One Who Always Keeps His Word
Pregnancy Resource Centers Fight For Life Amidst Opposition
This World is Not Our Home
Lessons Learned From a Gingerbread House
Let There Be Peace on Earth
‘I Wanna Dance’ movie: Whitney Houston’s success and...
Fact Finding, Sight Seeing, and Prayer Walking
Kidney donation led to 8 life-saving surgeries
Home ANS Feature Cosmic Destruction of Biblical Sodom Confirmed by Scientists

ALBUQUERQUE, NEW MEXICO (ANS)– On Monday, 20 September 2021, Nature Scientific Reports published a paper written by an international team of over 20 scientists reporting on many years of analysis and research into the sudden demise of a large Bronze Age city and its satellite towns, located near the NE corner of the Dead Sea in the Hashemite Kingdom of Jordan. The ancient city, Tall el-Hammam in modern Arabic, is believed by a growing number of scholars to be the biblical city of Sodom. The NSR paper, titled “A Tunguska-sized airburst destroyed Tall el-Hammam, a Middle Bronze Age city in the Jordan Valley near the Dead Sea,” is a lengthy, peer-reviewed scientific paper concluding that, c. 1700 BCE, a sizeable space rock exploded over the area N of the Dead Sea where, up until that time, a densely populated urban civilization had thrived continuously for over 3,000 years. The event was sudden, super-hot, and catastrophic. 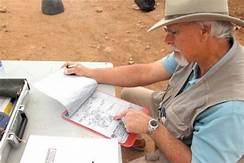 One of the lead scientists on the paper, astrophysicist Dr. Malcolm LaCompte, points out that “…according to Chinese Records, the Ch’ing-yang event of 1490, killed 10,000 inhabitants of what is now remote Gansu Province. This catastrophe is interpreted to have been the result of a meteor shower, but no confirming research has yet been reported. However, revealed at the archaeological dig of Tall el-Hamman is an event that undoubtedly rivaled or exceeded the 1490 disaster in both scope and area. From the analysis done to date, the Tall el-Hammam airburst impact event, of approximately 3,700 years ago, may be a demonstration of the kind of destruction that can be wrought by a small asteroid, similar in size to that of the 1908 Tunguska, Russia airburst. While such disasters may be rare in human experience, the two events taken together are an alarming message from the past to beware and prepare for an inevitable repeat performance. It will happen again, it’s just a matter of time. To validate such an extraordinary claim has required an international team of investigators and laboratories performing nearly a decade of scientific analysis.”

Dr. LaCompte points out that “…the Tall el-Hammam destruction layer has yielded an assemblage of indicators consistent with the city’s destruction as the result of a small asteroid impact. At Tall el-Hammam, in soil contemporary with the fires that destroyed urban centers across a 25 km diameter area of the southern Jordan Valley, have been found widespread evidence of extreme temperatures and pressures only produced during a cosmic impact event. For example, the ubiquitous presence of melted pottery and melted mudbrick fragments with rare mineral inclusions, indicate temperatures exceeded 2,000 degrees K; about that of the hottest industrial blast furnace. Shocked quartz grains suggest pressures equivalent to that of a megaton-class nuclear bomb detonation. Blast winds were sufficient to obliterate the city’s mudbrick structures. The devastation was so complete it left a thoroughly destroyed wasteland that wouldn’t be resettled for perhaps as much as seven centuries.”

The nature of the damage to the area’s most prominent ancient city, Tall el-Hammam, is now well-documented through 15 excavation seasons at the site since 2006. Excavations of the Middle Bronze Age stratum across the sprawling ruin mound reveal a 1.5-meter-thick (average) destruction layer of ash and the fragmented remains of building materials, pottery, objects of daily life, and the human inhabitants of the city. “We call it the ‘Cuisinart effect,’” reports excavation director and chief archaeologist, Dr. Steven Collins (Director of the School of Archaeology, Veritas International University). “At one moment,” he explains, “the multi-storied buildings of the city were sheered off by an incredibly powerful force, with only mudbrick wall stubs about one-and-a-half meters high surviving. In places, only stone foundations remain. Many of those walls are two and three meters thick. Some are four meters thick, even bigger. The NE-moving debris matrix filled up the spaces between the remaining wall stubs. For perhaps one or two violent seconds, everything was pulverized and airborne. And no one built a settlement in that well-watered area for the next 700 years, suggesting that even the agricultural soils were obliterated. What could cause such a violent, civilization-ending destruction? It looks like we now have a pretty good handle on what it was.” 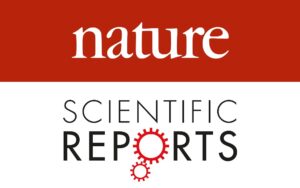 Dr. Collins is quick to note that “…since the location of Tall el-Hammam is precisely where the book of Genesis locates Sodom and the infamous Cities of the Plain—northeast of the Dead Sea—and the timing of its destruction was when the biblical character Abraham likely lived, it isn’t in the least a leap to conclude that the massive Bronze Age city at Tall el-Hammam, with its many satellite towns, was the geographical baseline of the Sodom narratives. And who wouldn’t recognize that Genesis 19:24-25 is a perfect phenomenological description of a cosmic airburst. It’s kind of a no-brainer!”

The NSR paper, “A Tunguska-sized airburst destroyed Tall el-Hammam, a Middle Bronze Age city in the Jordan Valley near the Dead Sea,” can be accessed online at www.nature.com/articles/s41598-021-97778-3.