New Malden, England (ANS) – CSW is concerned at continued delays in the case of Professor Richard Solomon Musa Tarfa, the co-founder of orphanages for unwanted children in Kano and Kaduna States in Nigeria, following the postponement of a High Court hearing scheduled for 15 October. 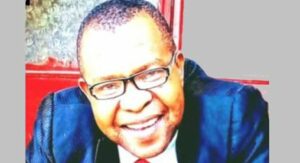 Professor Tarfa was detained by authorities on 25 December, when armed officers from the police force and the National Agency for the Prohibition of Trafficking in Persons (NAPTIP) raided the Du Merci Centre orphanage he had co-founded with his wife in the Christian district of the Kano State capital without a warrant. He was initially informed his detention was due to operating an orphanage illegally, but the charges were subsequently changed to ‘criminal abduction of minors’ after his wife produced documentation proving the orphanage was duly registered with several government bodies.

On 3 January, the professor’s bail terms were set at N5 million (approximately USD13,800) and included the provision that one of his sureties had to be a permanent secretary in a federal ministry in the capital, Abuja.

Professor Tarfa’s lawyer filed a suit at the Kano State High Court for a review of his bail on 3 March;  however, despite several letters being written to the court on the issue, the judge charged with the case failed to schedule a bail hearing. In August, his lawyer met the judge in person and demanded a hearing date. The judge set a hearing for 15 October, claiming she would be on leave until then.

However, CSW has been informed that not only has the judge returned Professor Tarfa’s case file to the High Court Chief Judge for reassignment; the Chief Judge has also gone on leave without having re-assigned the case. A petition, which has so far garnered over 1,000 signatures, has been launched calling for Professor Tarfa’s release.

CSW’s Founder President Mervyn Thomas said: “The continuing delays in the case of Professor Tarfa are completely unacceptable, especially since that he is innocent of the excessive charges against him. Given the lengthy period he has already spent in arbitrary pre-trial detention, we call on the Kano State authorities to facilitate his immediate release without pre-condition, and to hold those responsible for unreasonable and unconstitutional delays in the judicial process to account.”

In a separate development, CSW has learned that the four school children and their teacher who were forcefully abducted by armed men from their school in Kaduna State in August have been released. Last week CSW called on the Nigerian authorities to take action in their case over a month after they were initially abducted.

Mervyn Thomas added: “CSW welcomes the news of the release of these children and their teacher and wish them a swift and full recovery from their ordeal. The Nigerian government must do far more to ensure the safety of vulnerable communities in Kaduna state and across Nigeria’s Middle Belt, addressing every source of violence in a swift, decisive and unbiased manner, and seeking international assistance if required.  Given a worrying increase in lawlessness across the nation, the government must also ensure that every vulnerable community receives the protection it requires, regardless of the religion or ethnicity of its inhabitants.”