Orpington, England (ANS) – A new report from Nigeria claims the latest attacks by Fulani militants have killed 620 Christians in the first five months of 2020, according to a Release International press release.

The charity goes on to says that a recent attack on a Baptist village killed 17, including an entire family. 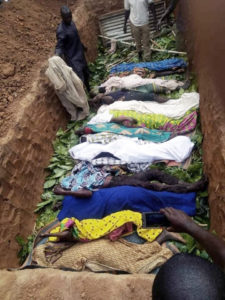 A report, by the International Society for Civil Liberties & Rule of Law (ISCLRL), follows an attack on the Christian village of Gonan Rogo, which claimed 17 lives, including a father, mother and their three young children.

The report supports claims by partners of UK-based Release International that the attacks are growing and have the characteristics of an undeclared jihad against Christians.

The ISCLRL, an NGO, claims 32,000 Christians have been killed by Islamist militants since 2009. The United Nation puts the figure killed in the conflict in northern Nigeria at 27,000.

And Release partner, the Stefanos Foundation estimates 30,000 have died in the continuing violence.

Mark Lipdo of Stefanos says: ‘Attackers have claimed more than 30,000 lives. We are seeing a systematic strategy that enforces what the ethnic minorities believe is a jihad. Christians in northern Nigeria are being annihilated. It is heading towards a genocide.’

Stefanos Foundation has been providing relief aid to attack victims for more than a decade, and works with Release to provide trauma counselling. 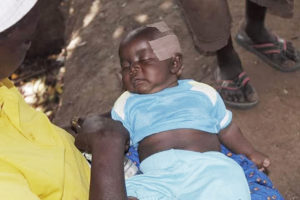 Children were among the victims of Fulani militants.

One of the latest attacks was against the Baptist village of Gonan Rogo in Kaduna State. Release International claims armed Fulani militants waited until around midnight on May 12 until the villagers were asleep then set upon them with guns and knives.

The dead included Jonathan Yakubu, along with his wife and all their children, aged 6, 9 and 15.

The militia also killed a six-month-old baby in the raid. Miraculously, a three-month-old baby survived, after a bullet passed through her mother’s heart and penetrated the baby’s skull.

According to Release’s sister organisation Voice of the Martyrs (USA), the attack on Gonan Rogo was part of a wave of 13 assaults by Fulani militants on villages in Kaduna and Plateau states.

‘The Nigerian government is at best ineffective, at worst reluctant, to prevent these attacks,’ says Release CEO Paul Robinson. ‘Christians in Nigeria have faced an onslaught by Boko Haram terrorists. Now they are having to endure even more deadly attacks by armed Fulani militants. How many more Christian villagers have to die before Nigeria’s military and police take effective action?

‘Observers fear the world is simply standing by and watching as this violence unfolds in the most populous nation in Africa. Our message to Nigeria and the international community is intervene and stop this now – before it is too late.’

The latest report by the ISCLRL claims Fulani militants (whom they describe as jihadists) have killed three times as many Nigerians as Boko Haram since the start of 2020. They say they have also burnt dozens of churches and Christian teaching centres.

Global Outreach Day Accelerates in the Midst of Pandemic

Mosul Christmas Mass hailed a ‘victory over IS’...