Top Posts
Knowing the One Who Always Keeps His Word
Pregnancy Resource Centers Fight For Life Amidst Opposition
This World is Not Our Home
Lessons Learned From a Gingerbread House
Let There Be Peace on Earth
‘I Wanna Dance’ movie: Whitney Houston’s success and...
Fact Finding, Sight Seeing, and Prayer Walking
Kidney donation led to 8 life-saving surgeries
The Power of Curiosity
When Love Came Down at Christmas
Home ANS Feature Donbas, Luhansk Region Police Raid Churches 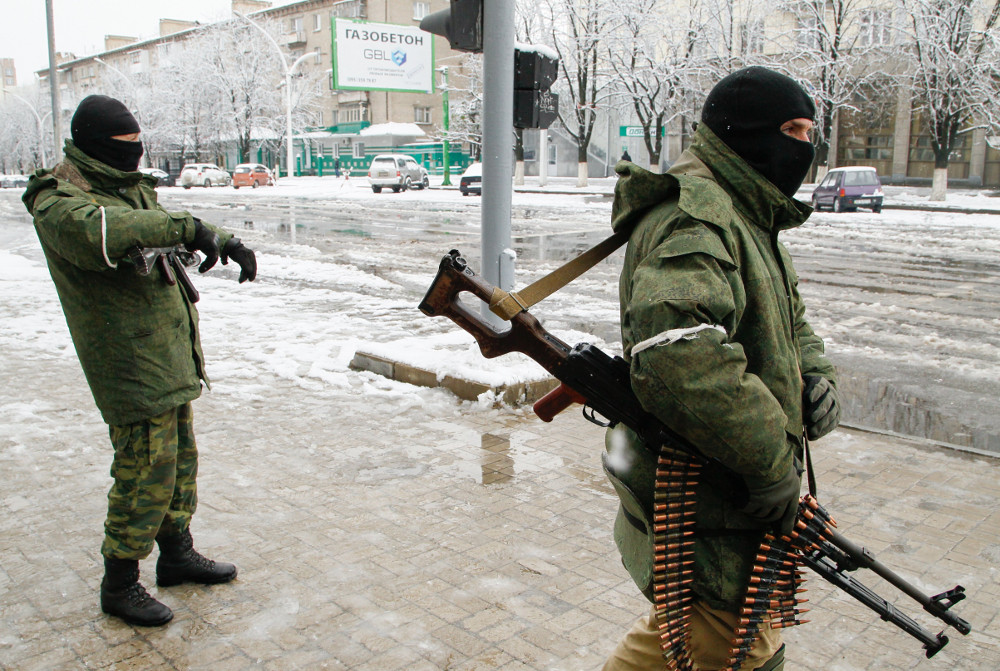 Separatists rule in the Luhansk People’s Republic like in the old Soviet Union. 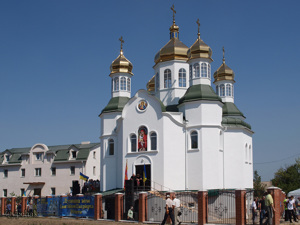 Officers of the police anti-“extremism” department of the unrecognized Luhansk People’s Republic in eastern Ukraine searched Holy Trinity Cathedral and diocesan offices of the Orthodox Church of Ukraine in the city of Luhansk on 4 April.  Interrogations have continued since then.

An official of the police anti-“extremism” department, who gave his name only as Sergei, insisted to Forum 18 that the two priests are “at liberty” and are free to continue to conduct religious activity. He refused to say if any further measures will be taken against them (see below).

The Orthodox Church of Ukraine – the successor of the Kiev Patriarchate, chose not to seek registration for its Luhansk cathedral and another parish in rebel-held territory. Despite the raid and interrogations, it appears still to be allowed to hold services at its cathedral.

Andrei Litsoev, head of the Religious Organisations and Spirituality Department of the Culture, Sport and Youth Ministry in Luhansk, blamed the Orthodox Church of Ukraine itself for its problems. “It is not registered, so it doesn’t exist,” he insisted to Forum 18. The Orthodox Church of the Moscow Patriarchate appears to function unimpeded in rebel-held territory.

The searches, confiscations, and interrogations connected with Luhansk’s Orthodox cathedral came just over a week after two more Protestant churches in the rebel-held area were raided as they were meeting for Sunday worship.  Two Protestant pastors, both pensioners, were brought to court for continuing to exercise freedom of religion or belief. Neither pastor ended up with a punishment.

The rebel LPR authorities have banned all exercise of freedom of religion or belief by communities that did not gain registration with their Justice Ministry by the extended deadline of 15 October 2018. Those rejected include all Protestant communities.

At a final hearing on 21 March, a court in the city of Luhansk acquitted 82-year-old Protestant pastor Anatoly Tolstenko on charges of “illegal worship” and storing religious literature which the authorities regarded as “extremist”. The judge ruled that he had committed no wrongdoing.

About ten masked and armed fighters raided a worship meeting in February of Path of Salvation Baptist church in Luhansk (which is not a community of the Baptist Union). They accused Pastor Tolstenko of leading “illegal worship”.

Forum 18 was unable to reach either the branch of the State Security Ministry in Sverdlovsk or the town police.