Top Posts
Living an Imperfect, Unfinished Life
‘Nothing is Impossible’ movie: Hoops, romance, second chances
‘God’s Smuggler’ Brother Andrew passes to his reward
Cultivating a Prayer, Care, Share Lifestyle
God Has Plans for Your Life
Worth and Value in the Kingdom of God
Grandchildren Bring Joy and Opportunities to Our Lives
Embracing Change and Changing Lives
Dark Academia and Dead Monks
She ‘intensely related’ to Mary Magdalene character on...
Home ANS Feature Religious Liberties Under Attack in US Congress

WASHINGTON (NRB) – Religious liberties were under direct attack in the U.S. House of Representatives yesterday, according to National Religious Broadcasters (NRB), an association of Christian radio, television, and internet communicators. 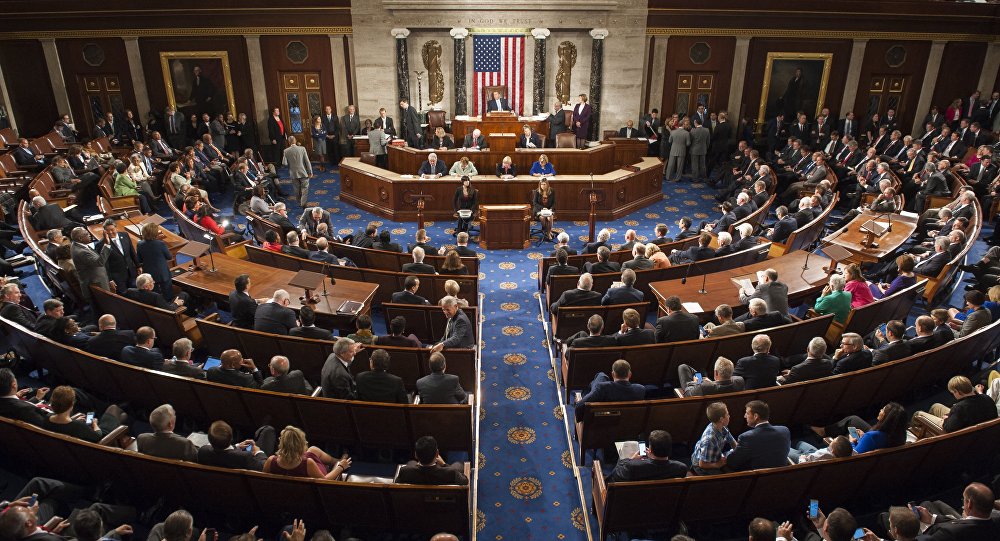 US House of Representatives vote for the Equality Act, a direct attack on religious liberties.

In a hearing of the House Subcommittee on Civil Rights and Human Services, testimony was taken on H.R. 5, “The Equality Act,” an unprecedented expansion of federal civil rights laws to grant protections for transgender persons. As one witness warned, as a result of H.R. 5’s limitless redefinition of “places of accommodation” to include the provision of goods, services, and programs, including online activities, “churches and houses of worship” as well as pastors would be swept within its prohibitions against discrimination. Another witness suggested that church members ask their pastors to adopt an inclusive approach to transgender issues and to switch churches or their charitable giving if their demands were not met.

NRB’s concerns that H.R. 5 contravenes fundamental religious freedoms are further supported by the text of the bill itself. The “Equality Act” unequally discriminates against religious people and faith-based employers and ministries by explicitly prohibiting the application of the Religious Freedom Restoration Act (RFRA), passed by overwhelming bipartisan majorities in Congress and signed into law in 1993 by President Bill Clinton to restore historic protections of religious liberty against abusive government actions. RFRA was the basis of the U.S. Supreme Court’s 2014 decision in Burwell v. Hobby Lobby Stores, Inc., upholding the rights of Hobby Lobby to be exempted from the abortion and contraception-related provisions of the Affordable Care Act.

NRB strongly urges lawmakers in both the House of Representatives and the U.S. Senate to reject the “Equality Act.” It is an affront to the timeless guarantees of religious freedom that the Founders embedded within the liberties of the First Amendment, and recognized by Congress when it passed the Religious Freedom Restoration Act in 1993 and later amended it favorably in 2000 in the Religious Land Use and Institutionalized Persons Act (RLUIPA). It is a self-evident truth that new forms of “equality” should not be legislated at the expense of historic freedoms.

The National Religious Broadcasters (NRB) is a nonpartisan, international association of Christian communicators whose member organizations represent millions of listeners, viewers, and readers. Our mission is to advance biblical truth, promote media excellence, and defend free speech. In addition to promoting standards of excellence, integrity, and accountability, NRB provides networking, educational, ministry, and fellowship opportunities for its members. This year, NRB marks its 75th anniversary as an association. Learn more at www.nrb.org.

God Will Never Forget You, Never