Top Posts
Knowing the One Who Always Keeps His Word
Pregnancy Resource Centers Fight For Life Amidst Opposition
This World is Not Our Home
Lessons Learned From a Gingerbread House
Let There Be Peace on Earth
‘I Wanna Dance’ movie: Whitney Houston’s success and...
Fact Finding, Sight Seeing, and Prayer Walking
Kidney donation led to 8 life-saving surgeries
The Power of Curiosity
When Love Came Down at Christmas
Home ANS Reports Dr. Gary Habermas Confirms: Recent Tests on a Gospel of Mark Fragment Possibly Provides The Oldest New Testament Manuscript Evidence Available 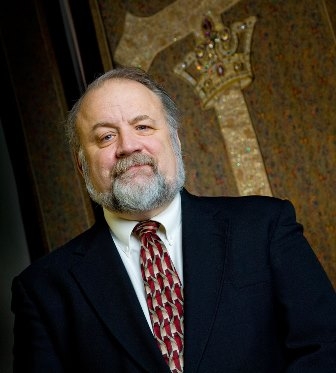 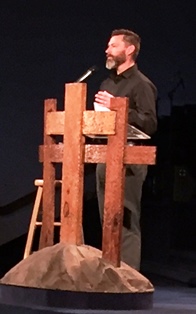 ALBUQUERQUE, NEW MEXICO (ANS — March 4, 2018) — At a recent Engage Conference in Albuquerque, New Mexico, keynote speaker and Liberty University professor, Dr. Gary Habermas, stated that a specialist in paleology (expert in antiques) dated a fragment of the Gospel of Mark between 80-110 AD. Dr. Habermas said a friend of his — a Ph.D. in semiotics (the study of language) — confirmed that the test was completed and the date as presented by the paleographer was affirmed.

If this date holds (and caution was given by Dr. Habermas not to jump to firm conclusions before more research was conducted), it would be the oldest extent Gospel of Mark fragment by over a hundred years. As noted manuscript and Greek scholar Dr. Daniel Wallace states, “Before the discovery of this fragment, the oldest manuscript that had Mark in it was P45, from the early third century (c. AD 200–250). This new fragment would predate that by 100 to 150 years” [1].

Why is this announcement important? If the date stands, it would demonstrate that the Gospel of Mark was circulated in the 1st century, bridging the gap between Jesus and written evidence. In short, it would be historical evidence providing early — and possible eyewitness — testimony on Jesus’ life, death, and resurrection. And though many Christians affirm that the Gospels are directly linked to eyewitness accounts, many scholars have yet to arrive at the same conclusion because some thought the time gap too large between the earliest manuscript evidence and Jesus’ life. But with the recent announcement history may need to be re-written.

I reached out to host of the Engage Conference, apologist, Grant Bresett (MA’s Biola and Southern Evangelical Seminary) to gain more insight on the amazing announcement. 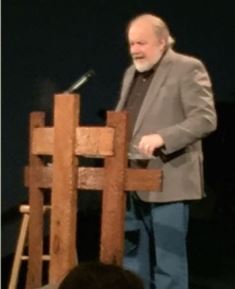 And now we have a similar situation with Mark. With the announcement by Dr. Gary Habermas that a possible date of 80-110 AD may be attributed to a Mark fragment, we have mounting evidence for early authorship of the Gospels. The discovery of an early Mark revolutionizes our dating of the text. And as mentioned, a copy means that there were earlier documents from which to copy, leading to a first century author who likely used Peter as his eyewitness source, as early historian and Bishop, Papias of Hierapolis, claims [3].

If the date stands, how would this affect our understanding of Mark?

If the date stands, it is evidence that the Gospel was Mark was a first century Gospel that used firsthand eyewitness testimony. Again, I’d draw attention to Papias of Hierapolis. Papias lived around 95-120 AD. Others — such as Irenaeus of Lyons (another early Christian writer) — said Papias received some of his information from John, and was a companion of Polycarp (a student of John). Papias said that Mark received his information from “The Elder” (possibly John). Here’s the text from Papias:

“The Elder used to say: Mark, in his capacity as Peter’s interpreter, wrote down accurately as many things as he recalled from memory—though not in an ordered form—of the things either said or done by the Lord. For he neither heard the Lord nor accompanied him, but later, as I said, Peter, who used to give his teachings in the form of chreiai but had no intention of providing an ordered arrangement of the logia of the Lord. Consequently Mark did nothing wrong when he wrote down some individual items just as he related them from memory. For he made it his one concern not to omit anything he had heard or to falsify anything.” 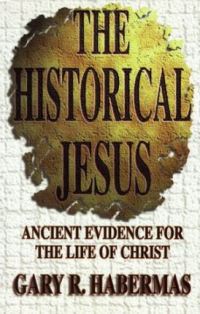 What we read is straightforward: Mark was Peter’s interpreter, a secretary of sort. So in a way, Mark’s gospel is Peter’s gospel. And what this recent discovery of Mark helps do is narrow the gap between Jesus’ life and the written testimony, giving credence that the information contained in Mark may well be from eyewitness accounts as described by Papias. So though our Biblical/theological understanding of Mark may not change too much with this announcement, the historical provenance of Mark changes greatly.

What does an early date affirm about the trustworthiness of the accounts recorded?

The early date of Mark (and the other books of the NT) is closer to the actual events described within the text. Meaning the information given to Mark was information that was gleaned from eyewitness reports, people who lived, saw, and walked with Jesus. So a closer dates means more reliable information. And let me point out that this small gap between the actual events of Jesus’ life (2/4BC-30/33 AD) and the written document (80-110 AD) is much, much smaller than other works of antiquity. As an example, Dr. Habermas pointed out the gap between Alexander the Great and texts about Alexander the Great are as wide as 300 years. And here with Mark we have copies less than 80 years. My point: manuscripts that are closer to the events make the accounts credible and trustworthy when compared to the other works in antiquity; the New Testament documents are reliable sources of information.

Why is it important to seek early manuscript evidence?

As pointed out, early manuscripts evidence gives credibility to the fact that the sources of the manuscripts were taken from eyewitness accounts. If the manuscripts were second century documents then eyewitness testimony becomes suspect, at least questionable in how an eyewitness account could be reliable when written down two hundred years after the event. But with the early date, we now have evidence that the text is close to Jesus’s life. So seeking early manuscript evidence provides support to what the Church has always taught: the Gospels are reliable and trustworthy accounts of the life, deity, death, and resurrection of Jesus. We need more biblio-archeologist — people seeking early copies of the Gospels. 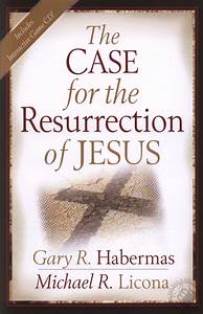 In addition to his announcement and teaching on the early sources found within history, Dr. Habermas taught a minimal facts approach to Jesus’ life, highlighting six historical facts: the historicity of Jesus’ death, the disciples belief that Jesus was risen, the resurrection message was taught early, the disciples were transformed, James converts, and Paul converts [2]. As one who is indebted to the scholarship of Dr. Habermas, I recommend two of his books for any student serious about history and the Bible: The Historical Jesus and The Case for the Resurrection.