Top Posts
Colorado football coach Sanders’ unabashed faith
There’s A Light That Enters Houses With No...
Knowing the One Who Always Keeps His Word
Pregnancy Resource Centers Fight For Life Amidst Opposition
This World is Not Our Home
Lessons Learned From a Gingerbread House
Let There Be Peace on Earth
‘I Wanna Dance’ movie: Whitney Houston’s success and...
Fact Finding, Sight Seeing, and Prayer Walking
Kidney donation led to 8 life-saving surgeries
Home Our Writers Michael Ireland 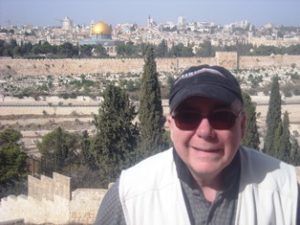 Michael Ireland is an Internet journalist and Media Missionary serving as Chief Correspondent for the ASSIST News Service. He is also an ordained minister and an award-winning local cable-TV host/producer. Michael has served with Dan Wooding and ASSIST News Service (ANS) since its beginning in 1989. He has reported for ANS from Jamaica, Mexico, Nicaragua, Israel, Jordan, China, and Russia.