Top Posts
Knowing the One Who Always Keeps His Word
Pregnancy Resource Centers Fight For Life Amidst Opposition
This World is Not Our Home
Lessons Learned From a Gingerbread House
Let There Be Peace on Earth
‘I Wanna Dance’ movie: Whitney Houston’s success and...
Fact Finding, Sight Seeing, and Prayer Walking
Kidney donation led to 8 life-saving surgeries
The Power of Curiosity
When Love Came Down at Christmas
Home ANS Reports Drought-Stricken Nation Refused Water Aid — MP 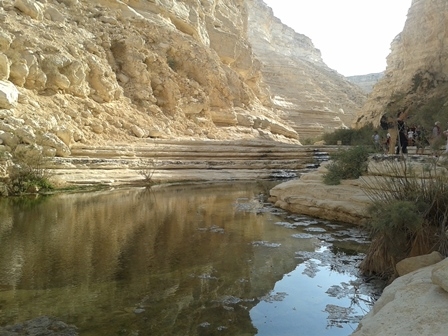 As Jews celebrate the time in ancient Persia when they were rescued from annihilation, anti-Semitism rears its head at UK universities and the South African Parliament. 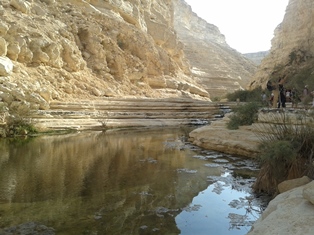 CAPE TOWN, SOUTH AFRICA (ANS – March 2, 2018) – The effects of the longstanding drought that has struck South Africa’s Western Province could have been alleviated if they had accepted an Israeli offer of help, the Cape Town Parliament heard.1

In responding to a state of the nation address from new President Cyril Ramaphosa following the resignation of Jacob Zuma amidst allegations of corruption, opposition MP Kenneth Meshoe revealed that the Jewish state had offered their world-renowned expertise in the prevention of water shortages.

The ACDP (African Christian Democratic Party) member said it had been refused on the grounds of a narrow political agenda linked with the Boycott, Divestment and Sanctions campaign that seeks to isolate Israel along lines comparable to that suffered by South Africa during the apartheid era.

BDS supporters accuse Israel of being an apartheid state because of their alleged mistreatment of Palestinians — this in a region where in fact they stand out as the lone democracy with Arabs and Jews sharing equal rights along with positions of influence in the nation.

Mr. Meshoe said it was surely irresponsible for the government (both national and provincial) to turn down aid from people with a proven track record — “people who live in a desert and yet have no water shortages” — and described it as “the politics of hatred that will not help our country,” urging the new President to root out corruption, starting with his Cabinet, and pursue truth, righteousness and justice for all.

Israel has also suffered a drought of late, but their innovative drip irrigation scheme has already been successfully tried in other dry areas of the world including Africa.

Meanwhile UK universities are taking part in another so-called Israel Apartheid Week, part of a hostile worldwide campaign to delegitimise and demonise the Jewish state that in fact contravenes the International Definition of Anti-Semitism the British Government adopted last year, which states that “claiming that the existence of the State of Israel is a racist and illegitimate endeavour is anti-Semitic”.2 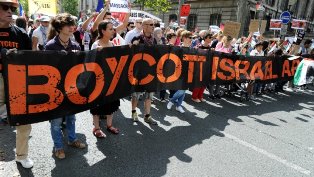 Christians United for Israel last year successfully campaigned to prevent some universities hosting these weeks after sharing their concerns with academic authorities — pointing out, for example, that Israel’s 1.6 million Arabs have the same rights as their 6.8 million Jewish fellow citizens.

The truth is that Israel is the only democracy in the Middle East, and apartheid is being practiced by its neighbours, where there is no freedom of speech or religion, and where women do not enjoy equal rights.

South Africans like Kenneth Meshoe lived through apartheid, which bears no resemblance to Israel’s policies.

Jewish people everywhere will this week be celebrating their annual feast of Purim, marking their deliverance from genocide in ancient Persia when Queen Esther used her position of influence to save her people.

Those who call for boycotts and protests against Israel today are in danger of being linked with unsavoury groups like Hamas, Hezbollah and their sponsors, Iran, who seek the annihilation of the Jewish race. Hitler tried it too.

At a London university, Jewish students were jeered and sworn at as a motion was passed supporting BDS while photographs were taken of those who opposed the motion!3 Since apartheid was basically racist, is this not a case of the pot calling the kettle black? And all this on UK campuses that were once the bastion of free thought. 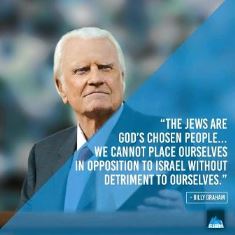 Those who stand with Israel, and for truth, would do well to match the courage of America’s UN Ambassador Nikki Haley, who responded to the advice of a top Palestinian negotiator that she should “shut up” by saying: “I will not shut up! Rather, I will respectfully speak some hard truths.”4

The great evangelist Billy Graham, who died last week, succinctly put it this way: “The Jews are God’s chosen people. We cannot place ourselves in opposition to Israel without detriment to ourselves.”5

Photo captions: 1) “Water will gush forth in the wilderness and streams in the desert. The burning sand will become a pool…” (Isaiah 35.6f). Expertise in water conservation has helped to fulfil such prophecies. A desert spring near Dimona provides rest and refreshment for weary tourists. (Picture: Charles Gardner). 2) Protesters hold a “Boycott Israel” banner during a pro-Palestinian demonstration. (Dominique Faget, AFP ). 3) Billy Graham speaks out for Israel. 4) ANS Founder, Dan Wooding, pictured with Charles Gardner during a visit to the UK last year. 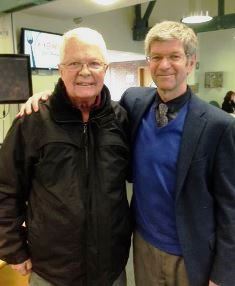