Top Posts
Johnny Cash movie: His life, loves, challenges and...
A Walk of Faith Begins with a Step...
God is Rich in Mercy
Everyone has a Story to Share
‘Till’ movie: Racial murder helped spark civil rights...
Leaning His Head On Jesus, This Evangelist Hears...
Timing, common ground, and fruitfulness in witness
Step Out of the Traffic
In Support of Ukraine
Living an Imperfect, Unfinished Life
Home ANS Feature English couple inspire Archbishop’s free phone line for elderly lockdowns

Claygate, England (ANS) – Thanks to a couple in Claygate in the South of England, millions of isolated elderly people now have a free phone line offering well-known hymns, prayers and worship services from the Church of England.

Those benefiting from a new Daily Hope free phone line – on 0800 804 8044 – include more than three million elderly with no access to the internet. 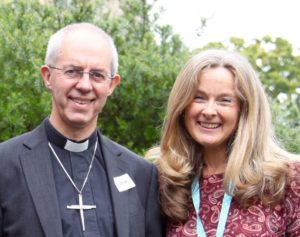 The round-the-clock service is the idea of Pippa Cramer, 51. She leads Connections, one of the UK’s largest weekly gatherings for senior citizens based at Holy Trinity Claygate.

Pippa explains, “I was aware that more than half of those over 75 cannot use the internet to access the comfort offered through the worship churches are providing online. But I also knew almost all had a telephone and that this could be the answer.”

As a result, Pippa contacted Archbishop of Canterbury Justin Welby – an enthusiastic supporter of Connections at Holy Trinity Claygate following his visit five years earlier. He also saw the need for a free phone line. Less than five weeks later Daily Hope was launched, with more than 6,000 calls in its first 48 hours.

Justin Welby says, “With many on lockdown, it’s important that we support those who are feeling lonely and isolated, whatever age they are.” 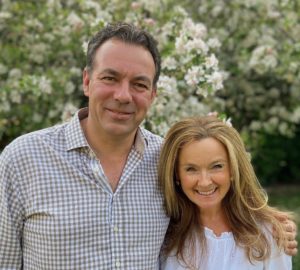 The Daily Hope phone line includes a series of popular hymns, each with some background on the hymn’s meaning and its composer. These come from Pippa’s husband Steve under the heading Hymns We Love.

Steve, 54, explains, “At Connections we found well-loved hymns brought comfort and hope to our seniors. This grew into Hymns We Love which is now also an important component of Daily Hope.”

The Daily Hope service is supported by the Church of England nationally as well as through the Connections group based at Holy Trinity Claygate in Surrey and the Christian charity Faith in Later Life.

Harvard Professor Says Homeschooling Is Authoritarian And Should Be Banned

Finding Joy During the Trials