Top Posts
Colorado football coach Sanders’ unabashed faith
There’s A Light That Enters Houses With No...
Knowing the One Who Always Keeps His Word
Pregnancy Resource Centers Fight For Life Amidst Opposition
This World is Not Our Home
Lessons Learned From a Gingerbread House
Let There Be Peace on Earth
‘I Wanna Dance’ movie: Whitney Houston’s success and...
Fact Finding, Sight Seeing, and Prayer Walking
Kidney donation led to 8 life-saving surgeries
Home ANS Feature Former lesbian says it’s not ‘gay to straight; it’s lost to saved’ 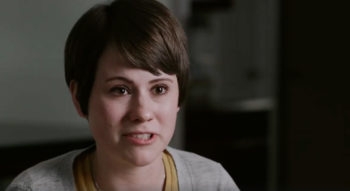 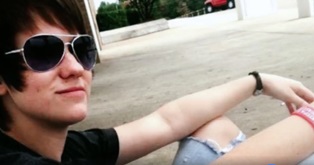 SOUTHERN CALIFORNIA (ANS — February 24, 2018) — She still maintains she was “born that way.” But an encounter with the truth in a women’s Bible study drew her out of the lesbian lifestyle.

A young woman named Emily Thomes recounted her story on a video testimony produced by Anchored North, a Christian media ministry targeting millennials with short videos. Their video, “Love is Love,” has had over two million views in the last month.

Very early in life Emily discovered she was attracted to other young women. “I was 15 and I started dating a girl that lived down the street from me,” she told Anchored North. “I got a hicky and my dad saw it and was livid.”

As he erupted in anger she responded defiantly. “I love her. I’m going to be with her. This is how it is,” she declared.

While it went “terribly” with her father, other friends seemed to be more accepting of her choice. When they questioned her, she realized she could deny reality or own it. “I decided to own it. I said, ‘Yeah, what about it?’”

Emily thought Christians who rejected her lifestyle choice were guilty of “backwoods” thinking.

She believed if someone was truly a Christian they would be on her side. Christians who opposed her she considered “legalistic.” She thought they needed to re-read what Christianity is really about — not being judgmental. 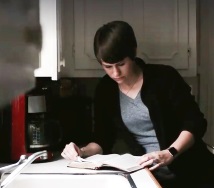 God being love means God is nice; God is chill with what I am cool with, she thought.

In her late teens she fell headlong into the lesbian lifestyle. “ I was super wild and in serial relationships with women,” she said.

At nursing school she became engaged to another young woman. “I kind of slowed down a little bit for her because she had two kids,” she told Anchored North.

At 22 she was invited to a women’s Bible study. “I expected them to bring up my lifestyle really early and I could use that as justification for not coming back, so I agreed to go.”

As Emily listened to women in the circle talking about having a personal relationship with God, it unsettled her. “I had nothing like that and it bugged me…I didn’t feel okay anymore.”

What if it is all true? she wondered.

After Muslim woman came to Christ, her brother plotted to kill her