Top Posts
Knowing the One Who Always Keeps His Word
Pregnancy Resource Centers Fight For Life Amidst Opposition
This World is Not Our Home
Lessons Learned From a Gingerbread House
Let There Be Peace on Earth
‘I Wanna Dance’ movie: Whitney Houston’s success and...
Fact Finding, Sight Seeing, and Prayer Walking
Kidney donation led to 8 life-saving surgeries
The Power of Curiosity
When Love Came Down at Christmas
Home ANS Reports Bishop backs Pope’s call of prayer for South Sudan and the DRC 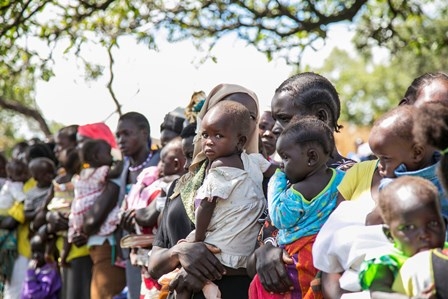 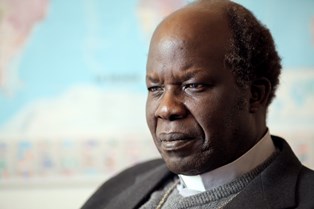 KHARTOUM, SUDAN (ANS – February 20, 2018) A Sudanese Bishop is supporting the call of Pope Francis to pray and fast for peace in South Sudan, and the Democratic Republic of Congo (DRC) on Friday, February 23rd.

According to a press release written by Murcadha O Flaherty of Aid to the Church in Need (www. acnuk.org), a Catholic charity — also known as ACN — said that Auxiliary Bishop Daniel Adwok of Khartoum, whilst endorsing the Holy Father’s request for prayers, described how “terror reigns” in neighbouring South Sudan.

ACN quoted the Bishop as saying, “The war in South Sudan has created mass displacements in many parts of the land… the destruction of the family fabric, and loss of respect for human dignity.”

They also quoted the Bishop as stating that terror reigns in South Sudan, with warriors, government and politicians, grappling for power, positions, and not minding the fate of the ordinary Southern Sudanese.

“The fact that until today no one knows — the government itself does not know — how many people died in South Sudan since the start of the war in December 2013 is indicative of how the value of the human person has become of no worth in South Sudan,” he said.

“No one keeps count and it looks as if those who died of violence. Some of hunger and other mistreatments were ‘unfortunate’ — [as if] they were in the wrong place at the wrong time.

“I know of some elderly people who could not physically run away from their homes, but still met their death in the same home, killed by people carrying arms.”

The charity stated that, in his message for Lent, Pope Francis said: “I renew my call for all people to commit themselves to avoiding all forms of violence. Faced with the tragic protracted situations of conflict in different parts of the world, I invite all the faithful to take part in a special day of prayer and fasting for peace.”

ACN maintained that as well as bringing attention to the situation in South Sudan, Pope Francis highlighted difficulties in the DRC, where Christians have been protesting President’s Joseph Kabila’s failure to step down after his constitutional term of office expired in December 2016. 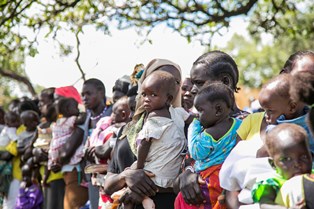 It revealed that DRC security forces killed at least four people and injured several others in attacks on more than 130 churches around the country last month, including an unprovoked attack in the grounds of St Dominic’s Church, Linete, where a policeman shot Father Jean Nkongolo in the face with a rubber bullet.

ACN said that in support of Pope Francis’ request, the Pontifical Council for Interreligious Dialogue statement called for other faiths to consider holding “moments of prayer, fasting and reflection, according to their own traditions and in their own places of worship”.

It stated that last year ACN’s support for the DRC included supporting 1,229 seminarians in 41 seminaries as well as providing yearly spiritual retreats for priests because of extreme psychological pressures.

Projects in South Sudan included Mass stipends and training for 21 seminarians in Tombura-Yambio Diocese, it said.

About the writer: Sheraz Khan, Africa Correspondent for the ASSIST News Service, is a Pakistani-British journalist. He lives in Scotland and can be contacted by e-mail at: sheraz@btinternet.com