Top Posts
Knowing the One Who Always Keeps His Word
Pregnancy Resource Centers Fight For Life Amidst Opposition
This World is Not Our Home
Lessons Learned From a Gingerbread House
Let There Be Peace on Earth
‘I Wanna Dance’ movie: Whitney Houston’s success and...
Fact Finding, Sight Seeing, and Prayer Walking
Kidney donation led to 8 life-saving surgeries
The Power of Curiosity
When Love Came Down at Christmas
Home ANS Feature Four college grads went around world, loving and serving in the name of Jesus

Four college grads went around world, loving and serving in the name of Jesus 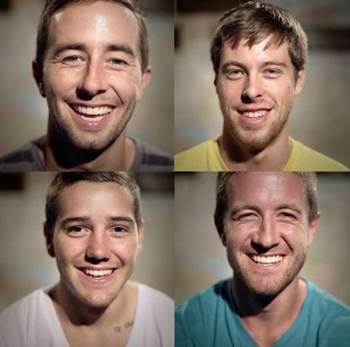 SOUTHERN CALIFORNIA (ANS — May 18, 2015) — Some college students embark on travel adventures after graduation, but not many choose to visit 10 countries in a yearlong trek dedicated to serving Christ. These four grads also made a documentary about their quest, “The AC Project: To The Ends of the Earth,” which recently screened at the Newport Beach Film Festival.

In his junior year at CU Boulder, Doug Wekenman took a drive above the campus with his friend Ethan Matott. They took in the view of the Flatirons and carped about dating, which had resulted in a “lame Saturday.”

As they read the Bible and blasted music from their truck, they began to dream about taking a trip with friends after graduation. Both had become more serious about their faith in the last year.

“For the first time we were reading the Bible on our own, taking this Jesus thing seriously,” Doug recalls. “Jesus asks us to share his love with anybody who will listen and make disciples and do these things to the ends of the earth,” he notes.

Doug and Ethan had taken some short-term mission trips with their college group known as The Annex. “We realized that during those weeks, that’s when we felt the most alive in our lives.”

“During those weeks we were wholeheartedly serving and loving people and spending time with Jesus. Maybe we felt most complete because that’s when we were most in our purpose, why we were made.”

Suddenly it dawned on them simultaneously. “If that’s our purpose, let’s go do that because there are people who need help all over the world!”

Doug’s brother Ryan also caught the vision, along with their friend, Matt Fons. In 2012, after months of planning — and leaning on God for miraculous provision to raise $54,000 for the trip — the four grads left on their global expedition with the goal of helping people in need.

About the writer: Mark Ellis is a senior correspondent for ASSIST News Service and also the founder of www.Godreports.com, a website that shares stories, testimonies and videos from the church around the world to build interest and involvement in world missions.

** You may republish this, or any of our ANS stories, with attribution to the ASSIST News Service (www.assistnews.net)