Top Posts
Knowing the One Who Always Keeps His Word
Pregnancy Resource Centers Fight For Life Amidst Opposition
This World is Not Our Home
Lessons Learned From a Gingerbread House
Let There Be Peace on Earth
‘I Wanna Dance’ movie: Whitney Houston’s success and...
Fact Finding, Sight Seeing, and Prayer Walking
Kidney donation led to 8 life-saving surgeries
The Power of Curiosity
When Love Came Down at Christmas
Home ANS Reports Islamic State ‘seizes Iraqi city of Ramadi’— Christians among thousands fleeing for their lives 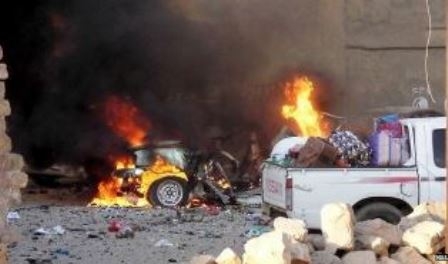 By Dan Wooding, Founder of ASSIST Ministries and the ASSIST News Service

RAMADI, IRAQ (ANS – May 17, 2015) — The Iraqi city of Ramadi has fallen to Islamic State (IS) after government forces abandoned their positions, officials say.

The police and military made a chaotic retreat after days of intense fighting, leaving many of its population, including Christians, to flee for their lives, knowing the deadly fate that awaited them if they remained.

One media report said that bodies, some burned, littered the streets as local officials reported the militants carried out mass killings of Iraqi security forces and civilians. Online video showed Humvees, trucks and other equipment speeding out of Ramadi, with soldiers gripping onto their sides.

“Ramadi has fallen,” said Muhannad Haimour, a spokesman for the governor of Anbar province. “The city was completely taken. … The military is fleeing.”

The BBC says that the US refused to confirm the capture, saying the situation was “fluid and contested” and it was too early to make “definitive statements.”

Ramadi is the capital of Iraq’s largest province, Anbar, and is just 70 miles west of Baghdad.

A statement purportedly from Islamic State (IS) said its fighters had “purged the entire city.” It said IS had taken the 8th Brigade army base, along with tanks and missile launchers left behind by troops.

A very well-placed source in the Anbar governor’s office told the BBC Ramadi was now under the full control of Islamic State, and all government troops had withdrawn.

Prime Minister Haider al-Abadi had ordered troops to stand their ground, saying he was deploying Shia militia to the city.

But an army officer told the BBC that most troops had retreated to a military base in the city of Khalidiya, east of Ramadi.

Government troops were running out of ammunition and could not repel the massive onslaughts by IS, he said, speaking on condition of anonymity.

Footage posted on social media showed military vehicles speeding away from Ramadi, with soldiers hanging off the sides.

Earlier, Mr. Abadi called on pro-government forces to “hold their positions and preserve them and not allow Daesh (IS) to extend to other areas in Ramadi.”

“There is continuous air cover that will help ground troops there hold their positions while waiting for support from other forces and the Popular Mobilization Units,” he said, referring to the umbrella group for Shia militias.

The militias played a key role in the government’s recent recapture of the city of Tikrit from IS, but pulled out of the city following reports of widespread violence and looting.

“The loss of Ramadi represents a very serious setback for the government, and Iraqi officials are alarmed,” the BBC’s Ahmed Maher reports from Baghdad. 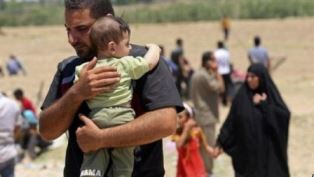 However, the Pentagon said that, while IS had the advantage, there was still fighting in the city.

“We’re continuing to monitor reports of tough fighting in Ramadi and the situation remains fluid and contested. It is too early to make definitive statements about the situation on the ground there at this time,” said spokeswoman Maureen Schumann, quoted by AFP.

Anbar province covers a vast stretch of the country west from the capital Baghdad to the Syrian border, and contains key roads that link Iraq to both Syria and Jordan.

IS reportedly controls more than half of Anbar’s territory.

The deputy head of Anbar council, Faleh al-Issawi, told the BBC that more than 500 people had been killed in the last two days of fighting in and around Ramadi, including policemen who had run out of ammunition, and civilians caught in the crossfire.

Some 8,000 people have been displaced over the same period, according to the International Organization for Migration.

* Iraq’s largest province, which is Sunni-dominated, was occupied by US forces in 2003

* Hostile to the US, fighting quickly broke out between US troops and the region’s Sunni insurgents

* The worst battle came in 2004, when thousands died as US troops and coalition forces struggled to take the town of Falluja

* The US declared victory in 2007 but AQI remained, resuming attacks in 2011 when US troops withdrew

About writer: Dan Wooding, 74, is an award-winning international journalist who was born in Nigeria of 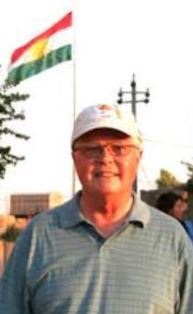 British missionary parents, and is now living in Southern California with his wife Norma, to whom he has been married for nearly 52 years. They have two sons, Andrew and Peter, and six grandchildren who all live in the UK. Dan is the founder and international director of ASSIST (Aid to Special Saints in Strategic Times) and the ASSIST News Service (ANS) and he hosts the weekly “Front Page Radio” show on the KWVE Radio Network in Southern California and which is also carried throughout the United States and around the world, and also “His Channel Live,” a TV show beamed to 192 countries. He is the author of some 45 books, the latest of which is a novel about the life of Jesus through the eyes of his beloved mother and called “Mary: My Story from Bethlehem to Calvary.” For more information, please go to http://marythebook.com/ , where you can find details of how to order the book and read a sample chapter.

Note: If you would like to help support the ASSIST News Service, please go to www.assistnews.net  and click on the DONATE button to make you tax-deductable gift (in the US), which will help us continue to bring you these important stories.

Four college grads went around world, loving and serving in the name of Jesus