Top Posts
Knowing the One Who Always Keeps His Word
Pregnancy Resource Centers Fight For Life Amidst Opposition
This World is Not Our Home
Lessons Learned From a Gingerbread House
Let There Be Peace on Earth
‘I Wanna Dance’ movie: Whitney Houston’s success and...
Fact Finding, Sight Seeing, and Prayer Walking
Kidney donation led to 8 life-saving surgeries
The Power of Curiosity
When Love Came Down at Christmas
Home World Missions Global ‘Handwashing Crisis’ Could Compound Coronavirus, Gospel for Asia Warns

WILLS POINT, Texas – Hundreds of millions of people around the world can’t take the most basic precaution against the coronavirus or other 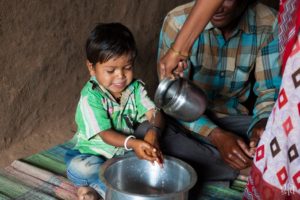 diseases — because they don’t have clean water or soap to wash their hands, mission agency warned Gospel for Asia (GFA, www.gfa.org).

According to a GFA press release, experts say one of the most effective ways to halt the deadly virus — which has killed almost 8,000 people worldwide so far — is to wash hands regularly with soap for at least 20 seconds.

“Many people are terrified and living in fear right now,” said GFA founder Dr. K.P. Yohannan, ahead of World Water Day, March 22, an annual awareness event. “But with more than 2,000 people—mostly kids—who die every day from diarrhea alone, simply because they don’t have access to clean water to drink or wash their hands, that helps put things in perspective.

“For hundreds of millions of people, the coronavirus, though dangerous, is the least of their problems.”

The coronavirus — known as COVID-19 and declared a global pandemic — has spread to more than 160 countries and every U.S. state, with numbers climbing daily.

Stepping up its campaign to promote handwashing as the “frontline defense” against the coronavirus, the Global Handwashing Partnership, a coalition of health agencies, said handwashing with soap could reduce acute respiratory infections like the coronavirus by nearly 25 percent.

“Handwashing with soap is easy and saves lives,” the coalition said.

But for more than half the world’s population, “handwashing with soap and clean water is not easy at all,” said Yohannan. “It’s a problem we as a ministry have been actively helping to combat for years.”

According to the United Nations, 4.2 billion people around the world lack basic sanitation, including handwashing facilities that many in developed nations take for granted.

To make matters worse, the UN reports two billion people worldwide — one in every four people on the planet — live in regions experiencing “high water stress” or acute water shortages, primarily in South Asia and Africa. And a quarter of Earth’s major cities face a water crisis too, as detailed by GFA in The Global Clean Water Crisis.

“While we simply turn on a tap and press a soap dispenser, countless millions of people have to trek miles on foot to a communal well if they’re fortunate — or to a dirty watering hole if they’re not,” said Yohannan, whose Texas-based mission has helped the extreme poor in Asia for four decades, providing thousands of clean water pumps called Jesus Wells that supply entire villages.

In Asia’s slums, GFA-supported Bridge of Hope centers teach tens of thousands of children how to protect themselves against viruses like COVID-19 by practicing safe hygiene habits such as frequent handwashing.

“GFA applauds the efforts of agencies and governments around the world to promote handwashing and stop the coronavirus,” Yohannan said.

“As our ministry serves the poorest of the poor in the name of Jesus, we also want to draw attention to the fact that, as we mark World Water Day, millions upon millions of people are unable to even properly or safely wash their hands — and we have to change that.”