Top Posts
Knowing the One Who Always Keeps His Word
Pregnancy Resource Centers Fight For Life Amidst Opposition
This World is Not Our Home
Lessons Learned From a Gingerbread House
Let There Be Peace on Earth
‘I Wanna Dance’ movie: Whitney Houston’s success and...
Fact Finding, Sight Seeing, and Prayer Walking
Kidney donation led to 8 life-saving surgeries
The Power of Curiosity
When Love Came Down at Christmas
Home World Missions Gospel For Asia After-School Program Provides Safe Haven For Shy Boy

Each day more than 70,000 needy children across Asia receive a daily meal as well as help with their education as part of Gospel For Asia’s Bridge of Hope program.

One of those who has been transformed by this vital outreach is Zakif. Since he started coming to the GFA-supported Bridge 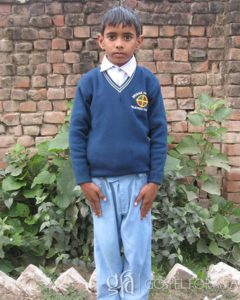 Zakif (pictured) thrives under his tutoring and overall care through the after-school program Bridge of Hope.

of Hope Centre at the age of 6, it’s been like a second home for him.

Now, at the age of 13, he is a testimony to the centre’s important work in benefiting the children, families and communities it serves.

When he first began attending Bridge of Hope, Zakif suffered from poor health. His family largely depended on his mother’s meager income, while the money his father earned was often used to support the man’s addiction to strong drink. As a result, Zakif’s poor diet mainly consisted of lentils, wheat bread and some vegetables. He also lacked proper clothing and shoes.

When the Bridge of Hope staff in his village learned of Zakif’s condition, they offered the boy the opportunity to attend the center. Soon, he was frequently found at the center after his day at the local school. Though he was shy at first, it was clear Bridge of Hope was becoming a haven to the young boy.

During his time at the centre, Zakif received tutoring in all his school subjects, as well as in nutrition, hygiene and how to make friends. Most importantly, he experienced God’s love for him through the Bridge of Hope staff.

In addition to the lessons he was taught, the Bridge of Hope centre regularly provided Zakif with nutritious food, supplies for school, clothing and household items the entire family could use. For instance, one winter, Zakif received an extra blanket that helped his family stay warm in the freezing temperatures.

As a result of the centre’s provisions, Zakif grew physically, mentally and spiritually. His schoolteachers spoke highly of his academic progress during monthly consultations with Bridge of Hope staff, and even the community noticed a change in the boy. Zakif also found he enjoyed playing sports, drawing and participating in cultural programs.

No longer the shy boy who began attending Bridge of Hope, Zakif befriended all of the nearly 100 children who joined him in the centre’s programs.

Not only were the staff pleased with Zakif’s progress, but his parents were also. Whatever Zakif learned at Bridge of Hope he relayed to his parents when he returned home. When Zakif’s little brother also started attending Bridge of Hope, both boys’ needs for food, clothing and school supplies were often met at the centre. As a result, the family’s financial situation improved.

While Zakif has just one year left before he graduates, the lessons he has learned at Bridge of Hope and in school will continue to shape his bright future. Please pray for Zakif and his brother as they continue to grow into adulthood.

To learn more go to: https://www.gfa.org/sponsorachild