Karen State, Burma (ANS) – In the early hours of Monday 1st February, Burma’s military took control of the country in a coup and declared a year-long state of emergency.

The democratically elected Counsellor of State Aung San Suu Kyi, President Win Myint and senior government officials from the recently re-elected NLD Party have been detained, removed from post, and replaced. In total the military has announced that 24 ministers and deputies have been removed, and named 11 replacements, including positions in finance, health, the interior and foreign affairs.

While protests continue to escalate against Burma’s military coup, Christian charities are getting urgent supplies to the many thousands who have been forced to flee the violence. 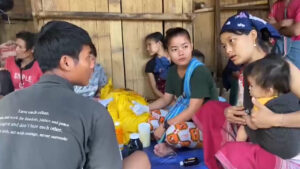 David Eubank from the organization Free Burma Rangers explains how they’re helping the 5,000 internally displaced people in Karen state in the east of the country.

“Right now we are able with the help of a lot of people to give every displaced person food for one to three months and tarps because they have no homes.  Last night it actually rained, so we’re trying to get tarps to every family. So, we’re moving in food supplies, tarps and medicine, but very slowly because you’re having to carry it.”

Meanwhile Baroness Caroline Cox, whose charity HART is also helping those in Burma’s eastern states is calling on the British government and the international community to act now. 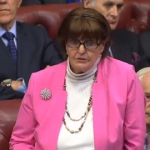 Baroness Caroline Cox in the House of Lords.

“My colleagues’ urgent requests are for the international government to engage directly with leaders of ethnic groups and for aid to be sent across borders to them and to NGOs working with them.”

Baroness Cox concluded by urging prayer for peace and justice for the people of Burma.

“Please pray for the ethnic and religious minorities that they will come into the orbit of international aid and political freedom.  The bottom-line prayer is for justice and peace and freedom for all the people of Burma.”

Watch a video report on this story produced by our partners at the Global News Alliance: