Top Posts
Knowing the One Who Always Keeps His Word
Pregnancy Resource Centers Fight For Life Amidst Opposition
This World is Not Our Home
Lessons Learned From a Gingerbread House
Let There Be Peace on Earth
‘I Wanna Dance’ movie: Whitney Houston’s success and...
Fact Finding, Sight Seeing, and Prayer Walking
Kidney donation led to 8 life-saving surgeries
The Power of Curiosity
When Love Came Down at Christmas
Home ANS Reports Hostiles: A “Brutally Beautiful Movie” 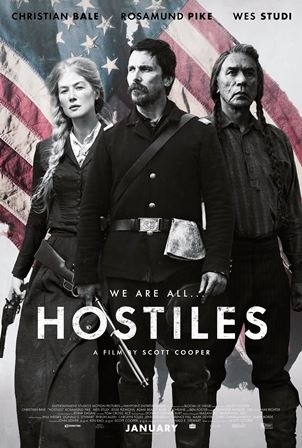 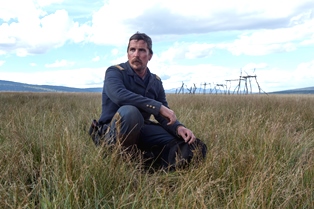 SANTA, FE NEW MEXICO (ANS – January 21, 2018) — Hostiles consultant Dr. Jolely Proudfit said it best [1]: the new film — staring Christian Bale, Wes Studi, and Rosamund Pike — is a “brutally beautiful movie.” Beautiful in that the cinematography and themes of transformation, friendship, and human longing is cast in epic scenery of sublime splendor; brutal in that is shows humanity at its worst: prejudiced, violent, and depraved. I’d summarize Hostiles as one of the best philosophical — dare I say, theological — western-themed movies ever made.

The movie begins with a quote from British author and former New Mexico resident, D.H Lawrence: “The essential American soul is hard, isolate, stoic, and a killer. It has never yet melted.” And over two hours, Hostiles shows how Lawrence’s quote takes shape, delivering a mythic tale of despair and transformation within an American context. Hostiles’ story arch falls within the genre of journey narrative, telling a tale of humanity on a sojourn of discovery, fighting against self, foe, and friends.

Hostiles follows a battered military captain Joseph Blocker (played by Christian Bale in an award winning performance) as he is forced to escort a rival, dying Cheyenne chief (Yellow Hawk played by Wes Studi) and his family to their homeland in Montana. Blocker takes some friends on the journey, Corporal Henry Woodsen (played by Jonathan Majors), and other appointed military men. Along the way Blockcer picks up a widow (Rosamund Pike), criminals (Ben Foster), and extra military men to keep the escort moving towards its final destination. During the sojourn the group meets a band of wayward Comanche’s, soiled military men, and hostile white landowners [2].

Throughout the movie I was struck by the various ethical and theological themes manifest in the movie. As an example of the ethical: vocation, friendship, land ownership, human rights, conflict, family structures, and violence. And the theological: faith, evil, and God’s providence are all touched upon. With quotes as “If I did not have faith, what would I have,” “God is blind,” and the “Lord’s rough ways,” signal probing religious motifs within the film — not to mention the backdrop of Bible reading and Gospel singing. 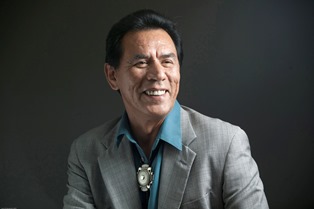 To a certain extent the movie had a touch of New Mexico resident and Pulitzer Prize winning author, Cormac McCarthy, in it: violence, philosophy, and theology wrapped in engaging dialogue of brutal wonderment. And when you juxtaposition the two books highlighted in Hostiles, Julius Creaser and the Bible, the audience is up for journey of mind, body, and soul. And though I won’t spoil the ending, the film leads one to ask: why give one book over the other?

Filmed in New Mexico and Colorado — the scenery was magnificent, acting as a character in the movie. There’s several travel scenes — humans and horses traveling across beautiful landscape — positioning the geography in a broader perspective within the human predicament, placing humanity in its proper context as participants in the drama of nature.

And though I think Hostiles is primarily a white man’s movie — telling the story of Blocker, it did provide insight into the world of a particular Native American family, showing strength, bonding, and love, with the Cheyenne family acting as a contrast to the wayward band of Comanche’s led by actor David Midthunder [3]. And though the dialogue was sparse for the Native American actors, the facial expressions, body movements, and eyes spoke volumes.

I could unpack the various symbolic aspects of the film as well — particularly the ending: train, doors, books, and family, but to do so would spoil the movie. And more than read about Hostiles, I hope you see it.

Concerning seeing the movie, I was honored to attend a prescreening of Hostiles with friend and radio personality Stevo Jeter of Star 88 FM. Invited by the Institute of American Indian Arts (IAIA), Jeter and I drove to Santa Fe to watch the movie and hear from actor Wes Studi (Cherokee) and two Native American consultants, Dr. Jolely Proudfit (Luiseño/Payomkowishum) and Chris Eyre (Cheyenne and Arapaho) [4]; and as much as I was impressed by the movie, the answers given during the Q&A section by the panel was just as engaging. 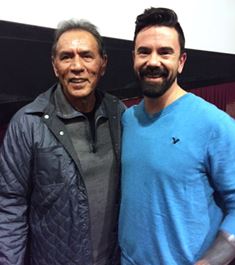 When asked how he prepared for the film, Wes Studi stated that he carefully read the script to become familiar with the character. But the most difficult part of his preparation was learning a new language — Cheyenne. When asked how much time he spends crafting his role, Studi replied, “I spend as much time as needed. For me honing a role is not so much about preparation, but about the performance.”

When asked about how his co-actors liked New Mexico, Studi stated that they “love the land, the food, and the people.” And when asked about some of the areas Hostiles was filmed in New Mexico, Studi pointed out Ghost Ranch, Santa Fe, and the New Mexico mountains. And by way of providing a summary to Hostiles, Studi stated that it is a “universal story,” showing the “uselessness of conflict.” Adding, “we need to find other solutions to our conflicts.”

Chris Eyre added more insight into the broader vision of the movie. “For me,” Eyre began, “Hostiles tells a timeless story about the diversity of the human family… and stories change the world.” Eyre stated, “when I look into the eyes — Native, White, or Black — I feel something.” After being asked by Stevo Jeter about the Biblical and philosophical overtones of Hostiles, Eyre responded, “This is what makes the movie a classic—it poses questions and creates further contemplation.”

Dr. Jolely Proudfit added to the dialogue throughout the Q & A. One area I was impressed was with how she handled the ending. When asked why the Native boy was not returned to the Cheyenne tribe, Proudfit suggested that the boy was with his family — the only family he knew, and he was with a man that understood his language, something important in Native culture. Proudfit stressed that Blocker was now part of the broader Cheyenne family, initiated through a bond with Yellow Hawk. Furthermore, “the movie is about the human family,” Proudfit reminded us. Proudfit also referenced the role of Native women in the film, stating that though they didn’t say much, the women’s gestures and interaction with the group spoke to the powerful role Native women play in various tribes. Summarizing, Proudfit said Hostiles “shows the beauty and brutality of the human family,” asking “why are we hostile to one another?” 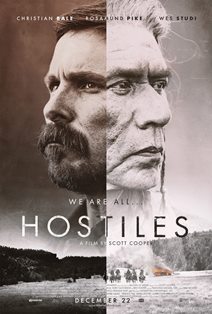 There’s much more that could be said about the movie and panel discussion — from who pulled the first trigger in the opening scene, to how white women were portrayed, and what constitutes a family—but in doing so I’d ruin the movie for those who haven’t seen it. And as stated, I hope you see it — coming to terms with your own thoughts and interpretations, having conversations with others about the movie’s impact.

Speaking of conversation, after Stevo chatted with Studi, we left on our forty-five minute drive home, talking, analyzing, and discussing the movie’s impact the entire time. And the next morning we spent another half hour on Star 88 FM doing the same. It all goes to show that Hostiles does pose, challenge, and creates conversation, affording viewers an artistic and thought-provoking journey that, as Stevo told me, may be the best journey he’s taken in a Western genre movie.

To learn more about the movie, click here: https://www.youtube.com/watch?v=1M5cj4UmscE

To listen to the discussion on Star 88 FM, click here: http://www.star88.fm/tmi/

2) A full list of characters and actors can be found here: http://www.imdb.com/title/tt5478478/fullcredits?ref_=tt_cl_sm#cast

About the writer: Brian Nixon is a writer, musician, artist, and clergyman. He’s a graduate of California State University, Stanislaus (BA), Veritas Seminary (MA),  and is a Fellow at Oxford Graduate School (D.Phil.). To learn more, click here: http://en.wikipedia.org/wiki/Brian_Nixon