Top Posts
Colorado football coach Sanders’ unabashed faith
There’s A Light That Enters Houses With No...
Knowing the One Who Always Keeps His Word
Pregnancy Resource Centers Fight For Life Amidst Opposition
This World is Not Our Home
Lessons Learned From a Gingerbread House
Let There Be Peace on Earth
‘I Wanna Dance’ movie: Whitney Houston’s success and...
Fact Finding, Sight Seeing, and Prayer Walking
Kidney donation led to 8 life-saving surgeries
Home ANS Reports Islamic militants slay Coptic Christian as they spare his brother in North Sinai, Egypt 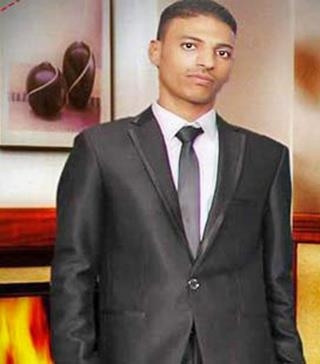 An Islamic State affiliate known as the Sinai Province has been active in the area, with some blaming it for the killing of 311 people and the wounding of at least 122 in a mosque bombing last November. The group sometimes calls itself the Islamic State Egypt.

More than 300 Christian families had fled North Sinai after seven Christians were killed in a few weeks, and Islamic extremists released a video threatening further violence against Christians, according to advocacy group Middle East Concern. Another Christian who had returned to the area after fleeing, Nabil Saber Fawzy, was killed in May 2017, according to MEC. 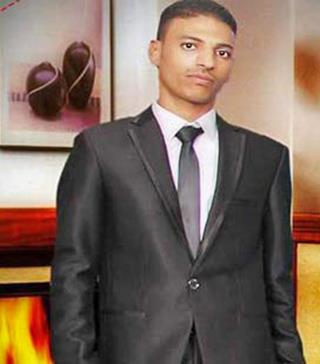 Bassem Herz Attalhah, 27, was shot to death on a street in El Arish, capital of the North Sinai Governorate, on Saturday, Jan. 13 after three Islamist gunmen stopped him and asked if he was a Christian, according to online news outlet Copts United. His funeral took place in Dweik village, Tema District, in Sohag Governorate.

Morning Star News (www.morningstarnews.org) reports that Bassem Herz Attalhah was on his way home from work with his brother, Osama, and a Muslim friend, when three men about 23 to 25 years old in black jackets called to them, according to Copts United. Two of the young men were carrying automatic weapons, the third had a pistol, and their faces were uncovered, the news site reported.

Because the men were unmasked, the brothers thought they were police, Copts United reported.

They asked to see Bassem Herz Attalhah’s hand, as many Copts in Egypt bear a small tattoo of a cross on their wrists. Bassem Herz Attalhah showed them his cross. After seeing his tatoo, the militants asked him if he was a Christian, and he boldly replied that he was.

The militants dismissed the Muslim, identified only as Mohamed, after confirming that he was not a Christian.

“I had a cross on my hand, but at the top of my hand the sleeve covered the wrist,” Bassem Herz Attalhah’s brother said, and as the gunmen apparently did not realize the two men were brothers, they thought he was a Muslim. “Then they fired two shots next to my leg. They asked me to leave.”

The militants then shot Bassem Herz Attalhah in the head, killing him instantly, the news site reported.

“My brother happened to fall in front of me, and I could not do anything,” his brother said. “They were looking for a Copt to kill, and as I ran I was on my way to the ground from the shock.”

The Christian brothers and their family had fled El Arish during a spate of Islamic terrorist violence in early 2017, but had returned after finding no work in Ismailia and Cairo, according to Copts United.

“My mother did not bear the shock when she learned about the killing of Bassem,” Osama Attalhah said. “Our house turned into screaming and crying. We did not imagine that what happened had happened. The gunmen were walking in the street without any objection, and their faces were open to everyone. They were not arrested.”

Egypt was ranked 17th on Christian support organization Open Doors’ 2018 World Watch List of the countries where it is most difficult to be a Christian.