Top Posts
Knowing the One Who Always Keeps His Word
Pregnancy Resource Centers Fight For Life Amidst Opposition
This World is Not Our Home
Lessons Learned From a Gingerbread House
Let There Be Peace on Earth
‘I Wanna Dance’ movie: Whitney Houston’s success and...
Fact Finding, Sight Seeing, and Prayer Walking
Kidney donation led to 8 life-saving surgeries
The Power of Curiosity
When Love Came Down at Christmas
Home ANS Feature How Mickey Rooney Provided the Incentive for the Launch of a Major Hollywood Christian Media Ministry 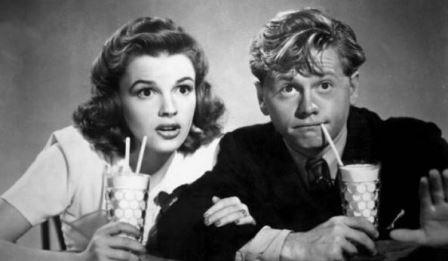 Judy Garland and Mickey Rooney at the height of their careers 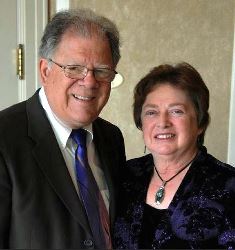 BEVERLY HILLS, CA (ANS)– When Bob Rieth was studying at a Minneapolis seminary back in July, 1963, he and his wife, Marion, decided to take some time off and get some light relief by watching “The Tonight Show” with Johnny Carson.

But the show turned out being far from light relief, but it did change the lives of this couple and brought some much-needed light to Hollywood.

One of the guests that night was Mickey Rooney who, at the peak of his career between the ages of 15 and 25, made 43 films and co-starred alongside Judy Garland, Wallace Beery, Spencer Tracy, and Elizabeth Taylor. He was one of MGM’s most consistently successful actors and a favorite of studio head Louis B. Mayer.

And, in an interview I did some time ago with Bob Rieth, this Lutheran pastor recalled that Mickey Rooney’s appearance on the show literally changed his life.

“I was in seminary, and I would go to school in the morning, do my visitation in the afternoon, and then in the evenings, my wife Marion and I would take some time off for relaxation, and so I turned on the TV for ‘The Tonight Show’ with Johnny Carson, and suddenly Mickey came on,” he said.

“They sat and talked at length about their marriages and divorces and all the checks they had had to write, and all that because both of them had been married and divorced so many times. At the end of the interview, as Mickey was standing up to leave, he turned to Johnny and said, ‘May I add one more thing?’ and Johnny said, ‘Well sure.“

Mickey then said, ‘The things we’re talking about tonight are not my successes; they’re my failures.’ That was his closing remark and when I heard him say that, it was like my heart broke and I wept. I realized the need that existed in the entertainment business. And literally, within a week, I began to notice that I had a changed-heart attitude towards people who were, not only Hollywood celebrities, but people in the public eye. So gradually over a number of years, my heart and our ministry went in that direction.”

That event was the beginning of the launch of Media Fellowship International (MFI), a Christian ministry that works with people in the media and arts community in a confidential and non-judgmental manner, and which recently held its star-studded 18th Annual Praise Breakfast at the iconic Beverly Hills Hotel.

“We provide a safe support group, where people can receive encouragement and Godly counsel, and have fellowship with other Christians in the industry,” said Rieth.

Even though Bob and Marion Rieth had now moved to Seattle – a city that is some 1,129 miles north of Beverly Hills — he explained how MFI actually began.

“That group grew from five or six people in three years to 50 people. Many were saved during that time and lives were changed completely. It was really a New Testament-era-type revival, and that was the core of the beginning of Media Fellowship International.”

MFI, incorporated by the state of California in 1987, is recognized as a non-profit 501 (c)(3) organization, and is funded by private contributions from individuals who believe in this vital ministry of reaching “to the media, through the media.”

Multiple groups meet regularly in Seattle, Nashville, and Atlanta with several groups meeting throughout the Los Angeles area. In addition, other MFI groups meet in several other areas including San Diego, New York, and DC.

Quietly-spoken Bob Rieth, has, in recent years, become beloved by many in the Hollywood community, but he seems the most unlikely person to become a confidant to so many in the entertainment capital of the world. There is no razzle-dazzle with him, just a Godly and kindly manner. 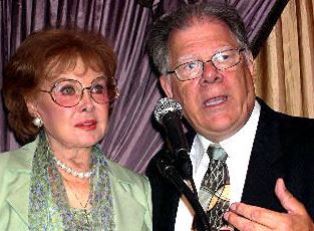 This gentleman (in all senses of the word) has been putting on, each year, an Annual International Media Fellowship Praise Breakfast at one of the top hotels in either Beverly Hills or Hollywood, which is attended by hundreds who make up a “Who’s Who” of Hollywood’s Community. (I know, as I have been to almost all of them.)

At this year’s event, I asked Pastor Bob, as he is known to his many friends in Tinsel Town, how this one had differed from those he had previously organized during those earlier days, and he replied, “As we meet year-after-year, it has become more solid and we have more people who have come here in the past so there’s the strength of those relationships,” he said. “Like with Michael Klausman [President, CBS Studio Center], our speaker today, who I’ve known him for 20 years.

“So when you come together with people like that, the ministry has a real sense, and we also have new people come and see people’s lives being changed, but there’s a different strength every year.

Hollywood people have their lives magnified

“People in Hollywood are like folks in any place else, but their lives are magnified because of the cameras and microphones. So if we see someone in the entertainment business make a mistake, it gets magnified. But we don’t really know them as individuals. So when you pray for people pray, for them individually. Pray for their homes, families, their work; and pray that whatever influence they have — will be for good.”

I then asked Rieth how can people pray for him, and he said, “Pray for strength. It’s a very demanding exhausting style of ministry to be traveling and meeting with people from morning till night. I meet with entertainment business people at six or seven in the morning, then throughout the day. Then, in the evenings, I meet with people after their shows. Do pray for strength, but most of all pray for wisdom, that God would know my needs and, through me, I would be able to meet the needs of others.” 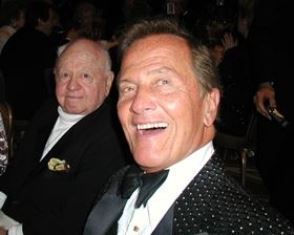 At this year’s breakfast, besides an inspiring talk about his faith by Michael Klausman, who is also Executive Vice President for West Coast Operations and Engineering at the CBS Studio Center in Studio City, California, and veteran entertainer, Pat Boone, paid tribute to two Christians who died last year – Natalie Cole, daughter of the legendary Nat King Cole, and Gospel singer-songwriter, Andraé Crouch. Also featured were Grammy award winners, Marilyn McCoo and Billy Davis Jr., with their wonderful gospel choir, Soldiers for the Second Coming, and the whole event was emceed by San Diego Christian broadcaster, Mark Larson, with Pastor Bob Rieth also sharing his heart with those there.

For more information on MFI, please go to: http://mediafellowship.org/.

If you would like to watch the “Inside Hollywood with Dan Wooding” TV show about this year’s MFI’s 18th Annual Praise Breakfast, in which Pastor Bob Rieth, is featured, along with Dr. Ted Baehr, Founder and Publisher of Movieguide®, Tim Berends, the Las Vegas-based Christian broadcaster, and veteran entertainer, Pat Boone, please go to: https://www.youtube.com/watch?v=HmQk1SRV-Bc&feature=youtu.be. 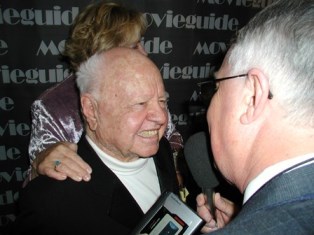 ** You may republish this or any of our ANS stories with attribution to the ASSIST News Service (www.assistnews.net). Please tell your friends and colleagues that they can receive a complimentary subscription to our news service by going to the ANS website.

Jean Darnall Passes Away at 96