Top Posts
The Significance of the Seventh Man
Will A Second Jesus People Movement Spring From...
It’s Never Too Late to Share your Faith
‘Elvis’ movie: All Shook Up meets Heartbreak Hotel
This Pastor Believes Rising Gun Violence And Conversations...
God’s Promises Can Lead to Lemonade
How a truck driver, homeless man, and Iranian...
The high adventure of saving lives and changing...
The simplicity of life in union with Christ
Kahlhamer and McIver: Scottsdale Museum of Contemporary Art
Home ANS Feature I WILL TELL International Film Festival Founder Challenges Christian Community to Support Equality in Film Industry

London, England (ANS) – Ahead of the 16th annual I WILL TELL International Film Festival in London, England July 7-10th and July 14-16th, its founder Jenny Lee is encouraging Christians to support greater inclusion and equality of Black and other ethnic minority filmmakers within the film industry. 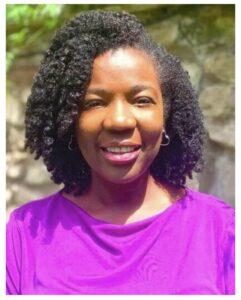 “Jesus famously left the 99 to save the one, not because that one was more important than all the others, but because without that one, the flock would never be whole,” explains Jenny, who is a committed Christian herself.

She added: “The focus on race issues or on the under-represented is not to create division as some purport it to be. It’s so that together we can be whole. So, it is essential to my Christian walk that I am able to create space at the table to give a voice for the voiceless and to those looking to change the narrative. It follows that we would showcase the work of an exciting black female filmmaker alongside a Ukrainian epic.”

The I WILL TELL opening gala at the British Film Institute on July 7th will premiere CLOCK a British urban coming of age story whose cast and crew are predominately BAME and female. 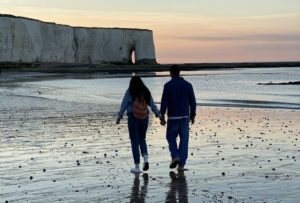 Director Lola Atkins said: “I’m delighted that we have phenomenal platforms like I WILL TELL, which have deliberately chosen to be the voice and legs for those who unfortunately got a lot of ‘NOs’.”

She added: “To be in the Opening Gala at the esteemed BFI Southbank, where many great works have graced the screens for an impeccable select few is an incredible opportunity.”

Subsequent screenings will take place at cinemas across London including the premiere of REMEMBER ME, THE MAHALIA JACKSON STORY. It’s a music –driven biopic of the Queen of Gospel chronicling her story from the days of singing in her mother’s front yard to international stardom and her significant influence on Dr Martin Luther King Jr and the Civil Rights movement. 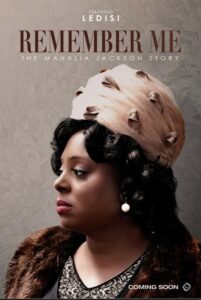 The Christian documentary SEND PROOF, also screening at the festival is an exploration of the gap between the intellectual and the spiritual with interviews with Bill Johnson and Heidi Baker, academics, atheists and skeptics.

Festival Founder and Director Jenny Lee concluded: “The main draw of I WILL TELL is that it’s so much more than watching films. It’s about communities coming together to be inspired and to share their ideas on important issues that affect the way we live now and in the future.

“And of course, it’s about supporting independent filmmakers from around the world who bring us stories that would otherwise not have been told, sometimes risking their lives and livelihoods to do so.”

NOTES TO THE EDITOR

Interviews about I WILL TELL International Film Festival are available with Jenny Lee, Filmmakers, and Speakers. Please email or call press contacts to schedule.

THE FULL FESTIVAL SCHEDULE CAN BE FOUND HERE

About I WILL TELL International Film Festival

Founded in 2007 by Jenny Lee, the name of the Festival comes from a word spoken in the Senna dialect in Mozambique “Ndinadzawapanga” (pronounced Nah-jah-pang-ga) and means “I Will Tell”. It speaks to the power of storytelling to provoke change at an individual and societal level.  The Festival is now a hybrid event that runs in London, Florida and Trinidad and Tobago in person with an enhanced virtual experience available globally online.  We support a range of established and emerging filmmakers and have premiered films such as Ava DuVernay’s 13th,  hosted high profile talent such as Lashana Lynch (007), global icons such as Raymond Santana (Central Park 5).

Shining a Light in a Broken World