Top Posts
God Saves Your Tears in His Bottle
Overcoming Common Misconceptions and False Assumptions
Character-Building Dilemmas
Set Your Heart on Things Above
The Power of Facilitating Partnerships and Collaboration
When We Don’t Feel Worthy
Vision For One Billion Souls By 2030 Unites...
Middle East Christian Converts Receive Bullet Death Threats
The World Needs More Audras
The Significance of the Seventh Man
Home ANS Feature Interview with God movie: What would you ask? 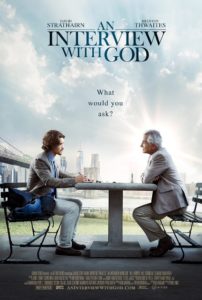 An Interview with God film poster

MOUNT HERMON, CA (ANS – August 15, 2018) – Suppose you could interview God and ask any questions you wanted.  What would you ask?

Too mundane?  How about …

You have a taste of the opportunity journalist Paul Asher faces as he returns from covering the war in Afghanistan with more questions than answers about life’s troubling complexities.  Through curious twists, he gets three sit-downs with an intriguing man claiming to be God.  Their interaction – and Paul’s reactions – form the plot of the thought-provoking and entertaining film, An Interview with God. 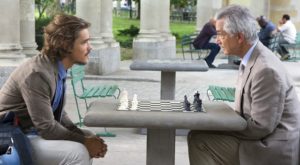 Journalist Paul Asher (Brenton Thwaites) is granted an interview of a lifetime with The Man (David Strathairn).

Booked in movie theaters across the US for three nights only – August 20-22 – this film seeks to stimulate discussion about the divine role in modern life.  The cast includes Oscar nominee David Strathairn (Good Night, and Good Luck) and Brenton Thwaites (Pirates of The Caribbean: Dead Men Tell No Tales), plus Yael Grobglas (Jane the Virgin, Supergirl), Hill Harper (Concussion), and Charlbi Dean Kriek (Black Lightning).

So, how would God answer your hard questions?  Would his answers satisfy you?

My skeptical mind wrestled with a common concern: How can a good, just, powerful God allow evil and suffering?  Is he all good but not all powerful, so he cares but can’t help?  Or is he powerful enough but just doesn’t care?
I encountered a partial answer from an unexpected source. 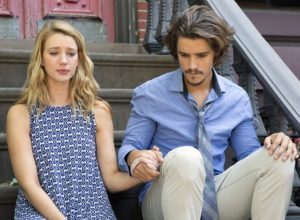 So it surprised me to see his PBS TV comment on the problem of pain.  “Almost every square inch of the Earth’s surface is soaked with the tears and blood of the innocent,” Coffin told Religion and Ethics Newsweekly, “and it’s not God’s doing. It’s our doing. That’s human malpractice. Don’t chalk it up to God.” 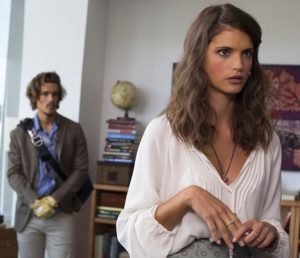 Oxford scholar C.S. Lewis estimated that 80 percent of human suffering stems from human choice.  Lewis called pain “God’s megaphone” that alerts us to our need for Him.  This response does not answer all concerns, but suggests that the problem of evil is not as great an intellectual obstacle to trusting God as some imagine.

During a two-week period earlier in my life, my wife of twenty years divorced me, my employer of twenty five years showed me the door, and I had a cancer scare.  During those dark days, a good friend reminded me of an important statement by a follower of Jesus: “God causes everything to work together for the good of those who love [him].”  “That hasn’t been repealed yet!” my friend affirmed.  He was right.

Four years later, I married a wonderful woman.  We enjoyed each other immensely for sixteen years until cancer took her. 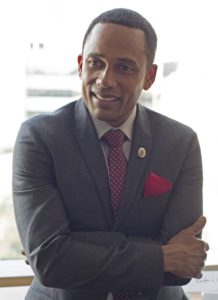 Pain’s emotional impact can remain formidable.  It took about ten years after the divorce and firing for my emotions to catch up with the truth of my friend’s reminder.  Still adapting to life’s more recent curve balls.

Interested in exploring more about questions like these?  An Interview with God could point you in engaging directions.

www.AnInterviewWithGod.com   Not Rated  In theaters three nights only (USA) August 20, 21, 22

U.S. Drives Stake in the Ground to Advance Religious Freedom