Top Posts
Pregnancy Resource Centers Fight For Life Amidst Opposition
This World is Not Our Home
Lessons Learned From a Gingerbread House
Let There Be Peace on Earth
‘I Wanna Dance’ movie: Whitney Houston’s success and...
Fact Finding, Sight Seeing, and Prayer Walking
Kidney donation led to 8 life-saving surgeries
The Power of Curiosity
When Love Came Down at Christmas
A Walk of Faith Begins with a Step...
Home ANS Reports Israeli Police Recommend Indictment of Prime Minister Netanyahu 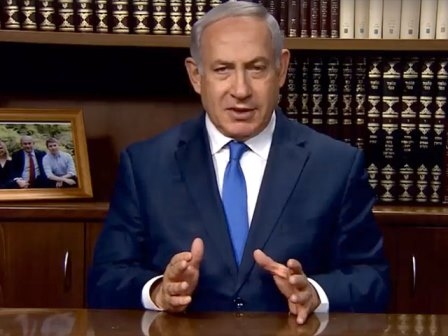 Netanyahu: “Everything I Did Was for the Good of the Country” 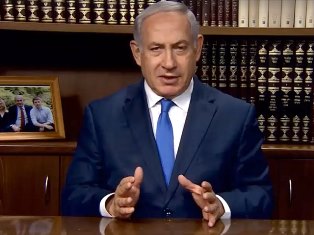 JERUSALEM, ISRAEL (ANS – February 13, 2018) – Israeli Prime Minister Benjamin Netanyahu addressed the Israeli people shortly after the Israel Police announced they were recommending that Netanyahu be indicted for bribery and corruption.

In a story for CBN News (www.cbn.com/) written by Chris Mitchell, and Julie Stahl, they said that “after months of speculation, investigations and leaks to the press,” Israeli police recommended that Israeli Attorney General Avichai Mandelblit indict Netanyahu on charges of accepting bribes and “breach of trust.”

The recommendations are a political bombshell in Israel and Netanyahu’s speech, following the announcement, was covered by all of Israel’s major networks.

In his speech on prime-time television, Netanyahu defended himself saying everything he ever did as prime minister was for “the good of the country.”

Netanyahu pointed out that he had been Israel’s ambassador to the U.N. and had developed the economy.

In fact, Israel’s economy has flourished and it remained fairly strong when world economies were shaken in 2008.

Netanyahu said he had worked “as prime minister of Israel to build our country, develop it, and above all to defend it.”

The CBN News story went on to say that Netanyahu vowed to “work around the clock as he had always done to continue to lead the country.”

“I’m sure that the truth will come to light, and I’m sure that also in the next elections, I will once again win your loyalty, with the grace of God,” he said.

The story added that the police investigated Netanyahu in two separate cases known as Case 1000 and Case 2000.

Case 1000 involves the contention that Netanyahu and his wife Sara received gifts of cigars, champagne and jewelry from Hollywood producer Arnon Milchen and Australian millionaire James Packer worth hundreds of thousands of dollars in return for Netanyahu pushing for what’s called the “Milchan Law.” That law would cut taxes for those Israelis who come back to Israel after being out of the country for a period of time.

Case 2000 asserts Netanyahu made a deal with Arnon Mozes, the publisher of one of Israel’s most popular daily newspapers Yedioth Ahronoth.  The arrangement supposedly allowed the Prime Minister to receive more favorable coverage from Yehdioth Ahronoth if Netanyahu agreed to weaken its rival daily newspaper known as Israel Hayom, owned by casino magnate Sheldon Adelson.

“Upon conclusion of the investigation case 2000, the Police have concluded that there is sufficient evidence against the PM in this case for the offense of bribery, fraud and breach of trust.

Against the publisher of Yedioth Ahronoth, Mr. Arnon (Noni) Moses, the Police have concluded that there is sufficient evidence that suspicions of bribery were committed.”

The two CBN News journalists said, “Netanyahu’s political rivals are jockeying for position to take advantage of these charges,” adding, “Now with a possible war with Iran looming on the horizon and relations with the Palestinians at what some consider an all-time low, Israel’s longest serving Prime Minister is entering the battle of his political and legal life.”

Photo captions: 1) Benjamin Netanyahu via Facebook. 2) Dan Wooding outside the Church of the Nativity in Bethlehem. 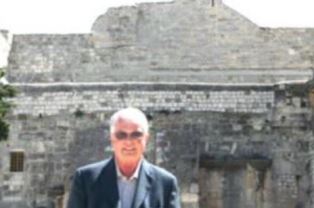 About the writer: Dan Wooding, 77, is an award-winning author, broadcaster and journalist who was born in Nigeria of British missionary parents and is now living in Southern California with his wife Norma, to whom he has been married for nearly 55 years. They have two sons, Andrew and Peter, and six grandchildren who all live in the UK. He is the author of some 45 books and has two TV programs and one radio show in Southern California. Dan has has reported many times from Israel, Gaza, and the Palestinian territories.