Top Posts
Colorado football coach Sanders’ unabashed faith
There’s A Light That Enters Houses With No...
Knowing the One Who Always Keeps His Word
Pregnancy Resource Centers Fight For Life Amidst Opposition
This World is Not Our Home
Lessons Learned From a Gingerbread House
Let There Be Peace on Earth
‘I Wanna Dance’ movie: Whitney Houston’s success and...
Fact Finding, Sight Seeing, and Prayer Walking
Kidney donation led to 8 life-saving surgeries
Home ANS Reports Time to Turn the Tide 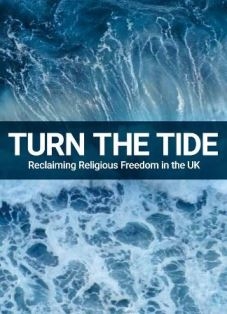 Call for a new law to protect religious freedom in Britain 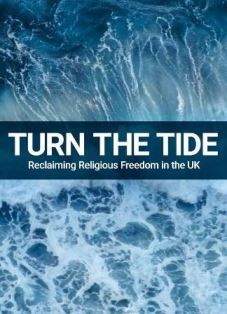 LONDON, ENGLAND (ANS – February 14, 2018) — The erosion of liberties experienced by Christians in Britain has rolled back the clock to the Dark Ages before Magna Carta.

Now Christian charity Barnabas Fund, generally focusing on the persecuted church abroad, has launched a campaign (and petition) for Parliamentary protection of religious practice within the UK.

In Turn the Tide (Isaac Publishing), they spell out the urgent need for reclaiming religious freedom with a new law.

Liberally illustrated by a number of recent case studies demonstrating how far we have fallen down the slippery slope, the Barnabas book calls for an Act of Parliament designed to cover seven specific areas including the freedom to interpret Scripture without government interference.

This is a response to the 2015 Casey Review set up to examine the proliferation of extremism but, in its 2016 report, effectively suggesting the implementation of a government-approved version of Christianity.

The report defined extremism as views “at odds with those of mainstream society” — including traditional views of sexuality which amounted to “taking religion backwards.”

Turn the Tide says: “The use of this pejorative term in a government report implies an attempt to impose a government-backed definition of ‘modern British’ Christianity.” (They clearly also see the merit of doing the same with Islam.) All of which is more akin to the sort of ‘Big Brother’ arrangement existing in China. 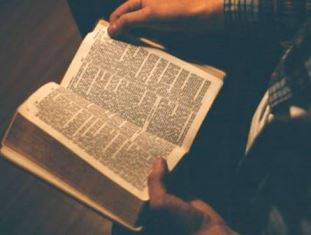 Related to this is the apparent re-introduction by stealth of the “Test Act” which in past generations excluded non-Conformists and others from certain professions. And from the experience of the 2017 General Election, it seems that it already applies to Christians, who are effectively being barred from office because they do not subscribe to politically-correct dogma, particularly on sexual ethics.

Some candidates were for this reason deemed by the media to be “unfit” for public office and Liberal-Democrat leader Tim Farron later felt forced to resign because he was unable to reconcile his faith with the views expected of his position.

Because of this, Barnabas insists that a new law must include “freedom from being required to affirm a particular worldview or set of beliefs in order to hold a public sector job or stand for election, work in professions such as teaching and law, or study at university.”

There have been a number of high-profile cases of people who have lost their jobs because they have dared to speak freely of their faith, or who have been taken to court because their consciences would not allow them to provide certain services, as in the case of Ashers Bakery, who refused to bake a cake with the slogan “Support Gay Marriage.” 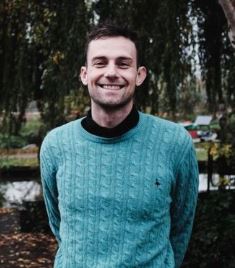 One of the most shocking cases was the recent suspension of Christian teacher Joshua Sutcliffe for calling a pupil a girl when she wished to be known as a boy. Quite apart from the obvious insanity of the “offence” itself, the school had bizarrely conducted a survey of pupils’ religion which found that, out of 1,853 students, there were no — repeat no — Christians! And yet Mr. Sutcliffe had been running a highly successful Bible Club at the school attended by over 100 pupils (bigger than most churches), which was subsequently shut down by the head. You couldn’t make it up. I like the phrase I heard the other day: “We have become so open-minded that our brains are falling out.”

As to the freedom we are so recklessly giving away, we are reminded that it started with the signing of the Magna Carta in 1215, Clause 1 of which states: “The English Church shall be free, and shall have its rights undiminished, and its liberties unimpaired.”

Though it took centuries to work through, with martyrs burnt at the stake in the process, religious restrictions were gradually lifted till we became the envy of the world, with the liberty enshrined so wonderfully within our shores in time exported around the globe.

In commending the book and calling on people of faith to speak up, Democratic Unionist MP Sir Jeffrey Donaldson said: “I am alarmed at the gradual erosion of the religious liberties and values that we have sought to uphold in this country for centuries. We live in a society today where there is growing intolerance among the metropolitan liberal elites towards those of us who take a faith-based approach to life. They speak much of diversity and inclusion but promote laws that undermine the values dear to Christians and practise the exclusion of people whose religious views they find ‘unacceptable.’”

For more information, and to sign the petition, visit http://ourreligiousfreedom.org/

Photo captions: 1) Turn the Tide cover. 2) Reclaiming Religious Freedom in the UK. 3) Joshua Sutcliffe said he tried to balance his beliefs with the need to treat the pupil sensitively. (Christian Legal Centre). 4) Charles Gardner with his wife, Linda.