Top Posts
There’s A Light That Enters Houses With No...
Knowing the One Who Always Keeps His Word
Pregnancy Resource Centers Fight For Life Amidst Opposition
This World is Not Our Home
Lessons Learned From a Gingerbread House
Let There Be Peace on Earth
‘I Wanna Dance’ movie: Whitney Houston’s success and...
Fact Finding, Sight Seeing, and Prayer Walking
Kidney donation led to 8 life-saving surgeries
The Power of Curiosity
Home ANS Feature Kidney donation led to 8 life-saving surgeries 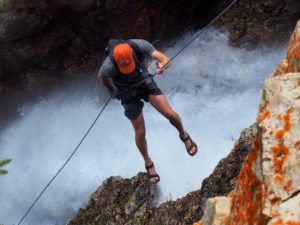 The co-authors of five books guiding readers through 40 days of prayer, Eric Sprinkle and Laura Shaffer are also paired in a way neither writer imagined when they teamed up to write the first in their series, “Praying for Someone’s Salvation.”

In addition to being writers and published authors, they’re also linked on the National Kidney Registry.

Paired with Shaffer on the database of hopeful recipients and grateful donors, Sprinkle’s recent kidney gift to a patient in Seattle, Washington set in motion a chain of eight surgeries – four donors and four recipients – during this Christmas season.

“My guess is Christmas has not been great for this person for the last couple of years,” Sprinkle says of the recipient who received his kidney – removed in Denver – and implanted 12 hours later in the Seattle patient on Dec. 7.

“Well, welcome to the whole Jesus story,” says Sprinkle of giving and receiving, while recovering at his home in Colorado Springs. 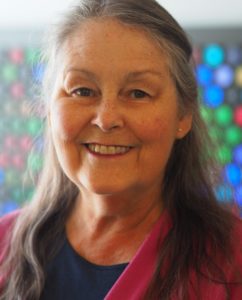 A former whitewater guide and swift-water instructor for the United States military, Sprinkle credits power in prayer – a topic of his and Shaffer’s books – with helping manage pain and regaining enough strength to drive a car within seven days of incisions in his abdomen.

Forty days of prayer for all eight surgery patients – and in a surprising way for Shaffer too – is bombarding heaven by an army of authors, intercessors and friends.

Sprinkle’s remarkable sacrifice is also a gift – albeit indirectly – to Shaffer, who lives with a genetic kidney disease that usually requires dialysis treatments, if not a transplant.

Paired with Sprinkle on a nationwide database, Shaffer’s name moved up the list of patients waiting for kidneys after her friend and co-author’s generous donation was successfully implanted in a grateful Seattle recipient.

“The closest I can come to it is the ‘golden ticket’ in Willie Wonka and the Chocolate Factory,” says Sprinkle, 51, of the beloved children’s book and the comparison to his co-author.

“Laura gets the magic ticket. Her odds of finding a match went up in the donation community,” Sprinkle says of his writing partner, who deserves hope. She was diagnosed with the kidney disease 32 years ago.

True to her selfless and giving character, Shaffer is praying for Sprinkle during his convalescence, as well as for the other patients and donors whose surgeries followed Sprinkle’s.

If not for a wound site that feels like a hot fire-poker is stuck in it when he twists the wrong way, then Sprinkle’s life with one kidney is returning to normal – walking in the hospital on day one, then driving his car around Colorado Springs six days later. 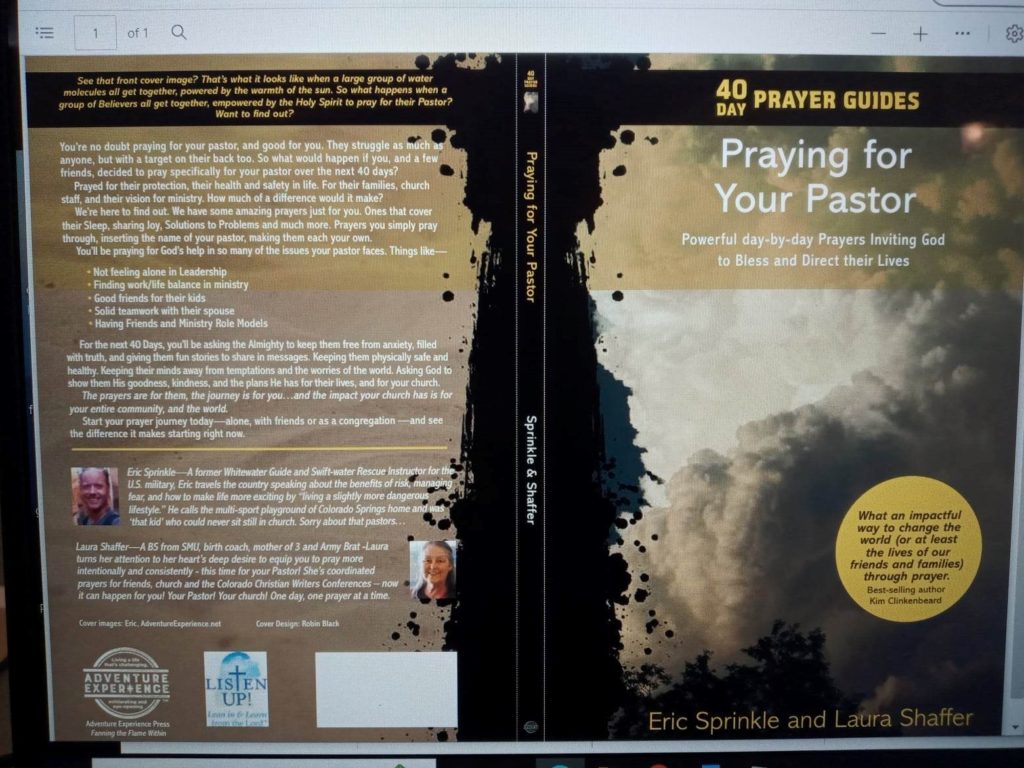 “Other than a little scar tissue and a great story, I don’t see there’s any real discernible change physically,” Sprinkle says.

Seven days after surgery, Sprinkle met with the medical team that removed his kidney, hoping to learn the identity of the recipient.

Instead, a coordinator handed him an unsigned Christmas card in which Sprinkle wrote his desire to connect with the recipient.

“You never know who our Lord God is going to be gifting your organ to. Depending on who it is, they may or may not want me personally connecting with them.

“But this story is told on my side, my perspective the rest of my life pretty much,” says Sprinkle, who travels the country speaking about the benefits of risk, managing fear, and making life more exciting through moderated danger.

A church community group where Sprinkle often asked members to pray for Shaffer was the genesis of his thinking about donating a kidney. Among believers there, Sprinkle believes God was tapping him on the shoulder, nudging his next steps to qualify, then donate.

Along with many people, Sprinkle is grateful he took the required medical steps to qualify as a kidney donor.

“There’s something really comforting about knowing that, at the end of the day, what I did is going to benefit my co-author Laura,” says Sprinkle, whose photo of storm clouds over Colorado Springs is the cover art for the fifth book with Shaffer, “Praying for Your Pastor.”

By divine providence, God first connected Sprinkle and Shaffer at a conference for Christian writers. She knew in 2015 when they met of the kidney disease that runs in her family; later Shaffer received two more unwelcome diagnoses – an auto-immune dysfunction and breast cancer.

A birth coach by training and mother of three adult children and two grandchildren, Shaffer lives with the kidney disease inherited from her mother, whose 10 siblings also carried the genetic condition.

With kidneys that are 54 times the normal size – about the size of footballs – Shaffer is optimistic she can withstand complications and unpleasantness associated with the disease, until she must either begin dialysis or receive a transplanted organ.

In February of 2022, Shaffer’s doctor predicted she would need dialysis – due to only 18 percent kidney function – or a transplant by fall. She prepared medically for treatment while waiting for a kidney from a deceased donor – sometimes a duration of up to eight-years.

Currently, 90,000 people in the United States are waiting for a kidney, and every nine minutes someone is added to the list. Sadly, 17 people die each day without a transplant.

A recent move that improved her odds, Shaffer, who is 69, joined a national, living donor registry of people giving and receiving kidneys.

Always banking on the power of prayer, Shaffer’s request for potential donors and intercessors was electronically mailed to more than 3,000 Christians aligned with writers conferences in Colorado and Pennsylvania.

Several people signed up to donate, but only two passed qualifying, medical tests; one of them was Shaffer’s co-author, Sprinkle.

She met him in 2015 at the Colorado Christian Writers Conference. Years before Sprinkle and Shaffer crossed paths in Estes Park, she received a disappointing diagnosis of kidney disease – an unwanted, hereditary condition that lurked in her genes.

In 2021 Sprinkle and Shaffer published their first book in the 40 Day Prayer Guide series.

“I have been so blessed and overwhelmed by Eric. I’m grateful God has produced this chain of life-saving surgeries Eric’s donation has set off. He really is a super-hero,” says Shaffer, whose grandparents’ Godly character and instruction inspired the fourth book, “Praying for Your Gran 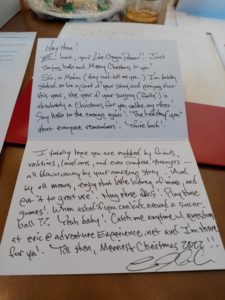 Along with numerous intercessors old and young – a 10-year-old praying boy credits Sprinkle with “starting the cycle of life” – Sprinkle’s mother is believing God for successful donations and transplants, along with other miracles. Watch heartwarming video of Sprinkle and 10-year-old Jason Elliot here: https://youtu.be/6H7q46mzmu0

“I keep praying that whoever received the gift will ponder over why it was given, and it will lead them to the ultimate giver of gifts.

“I will keep right on praying that very soon Laura will be blessed with her perfect gift from the Lord,” says Sprinkle’s mother, Cheryl Meinhart.

The Power of Curiosity