Top Posts
God Has Plans for Your Life
Worth and Value in the Kingdom of God
Grandchildren Bring Joy and Opportunities to Our Lives
Embracing Change and Changing Lives
Dark Academia and Dead Monks
She ‘intensely related’ to Mary Magdalene character on...
The Most Powerful Thing in the World
Afghan Family Starts New Life in America
The Jesus Movement and Contagious Faith
Christian Product Expo underway in Lexington
Home Author
Author

From Baptists to Pentecostals and everybody in between, people who believe the Lord Jesus wants to save at least one billion souls by 2030 also say his prayer for unity in John 17:23 is a key to breakthrough and harvest before the return of the Lord.

That is what is driving a diverse group of local, national and international believers to convene in Colorado Springs, Colorado.

Four “greats” – unity, breakthrough, harvest and return – are inspiring national and global leaders, pastors, churches, ministries, and believers from across America and the nations, including many from South Korea, to gather for a four-day summit of prayer, worship and missions-sharing in Colorado Springs beginning July 12th.

While Evangelicals, Pentecostals and Charismatics are united in their desire for the Billion Soul Harvest (BSH), four of the eight billion people on earth have yet to hear the gospel for the first time. About one in four – or a little more than two billion people – call themselves Christians.

The Billion Soul Harvest Global Summit (https://www.billionsoulharvest.net), July 12-15, is open to anybody stirred by Jesus’ vision of the fields ready for harvest (John 4:35). It seeks to unite believers around the goal by 2030. But more than a billion is fine, too, if Jesus tarries after 2033.

“The thing that’s unique about what we’re doing is that it doesn’t come from a particular denominational perspective or missions organizations. We’re bringing together leaders of global movements, prayer ministries, pastors and people together,” says Dai Sup Han, the BSH summit coordinator, and a national prayer ministry leader.

At least 100 prayer warriors from South Korea will join another 100 or so national Korean-Americans and global leaders who will focus on another “great” biblical theme – Jesus’ commission in Matthew 28:18-20 – at Rocky Mountain Calvary in Colorado Springs. 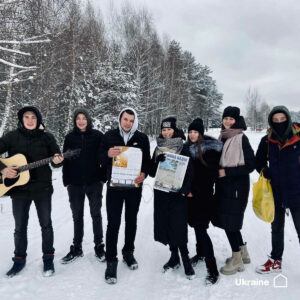 The honorary chairman, Dick Eastman of Every Home For Christ (Every Home for Christ – Home), will host the summit with prayer leader Lou Engle of The Call and The Send movements; Luis and Doris Bush of the 10/40 Window Movement; John Robb championing unreached people groups; Hormoz Shariat of Iran Alive Ministries; Werner Nachtigal of the Go Movement; Austin Ukachi of the MANI Africa; Daniel Panji of the World Prayer Assembly; and other global ministers.

One of the Korean-Americans representing BSH is a pastor and missionary who is assisting Ukrainian refugees from Russia’s Vladimir Putin. The displaced have received tons of food so far.

His ministry also supported Afghanis who fled their country when the Taliban took it over. He has first-hand knowledge of at least 95,000 former Muslims who were baptized into Jesus.

He believes, like other leaders, that the BSH starts with two people – one sharing the gospel and another responding to it in faith.

Last year, 40 prayer warriors from 37 states came to Colorado Springs to pray for revival in the spring. In the fall, approximately150 national and global leaders representing 50 nations gathered for the 2021 BSH at Glen Eyrie in Colorado Springs. This year’s summit is open to the Body of Christ.

Dr. James Hwang, who came to Jesus soon after Campus Crusade For Christ’s Explo `74 in Seoul, Korea, is breathing new life into the late Bill Bright’s desire to reach a billion souls for Christ.

Hwang is passionate about uniting the Body of Christ in bringing the gospel to all mankind by 2030, which marks the 2,000-year anniversary of the death, resurrection and ascension of the Lord, as well as the birth of the church.

Like revival in Korea where Han’s parents came to faith in Jesus, the BSH needs to spread from neighborhoods to cities, counties, states and nations.

Han’s paternal grandmother, maternal grandparents and great-grandmother came to faith in Jesus in the years after the 1907 Pyongyang Korean Revival – less than one year after the Azusa Street Revival in the United States.

The BSH (HOME | BillionSoulHarvest) logo is comprised of nine grains that look like the No. 0, each representing cultures, languages and ethnicities. There are also nine zeroes in one billion. 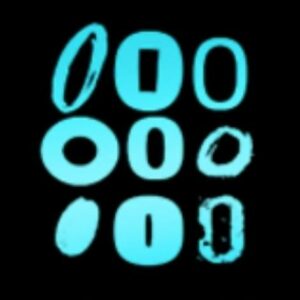 “Our mission is to accelerate Jesus’ Great Commission by being a catalyst for global cooperation for harvest among all nations, tribes, people and tongues in anticipation of his great return.

“And our vision is billions of people throughout the earth who are desperate for demonstration and proclamation of the gospel by the church in various regions and continents by 2030,” says Han, who for 15 years has led Prayer Surge NOW! (prayersurgenow.net).

Of South Korean descent, Han served briefly in Washington, D.C. with the late Dick Simmons who successfully prayed for key appointments to the Supreme Court and the end of Roe v. Wade.

At the summit, scores of speakers will share for 10 minutes each on how God is moving in different parts of the world, the unfinished business of the Holy Spirit in various countries, and God’s burden for regions or nations.

In the two regions of the world once reached with the gospel – America and Western Europe – personal and national faith is now in decline.

“It’s also an issue in the nation in which I was born – South Korea. There, like here, many young people are so attracted to tech companies, media, things of this world that many are no longer part of the church,” says Han. 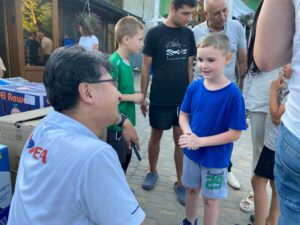 With a heart and ministry focused on refugees and relief work, Korean-American Young Cho will share at the BSH summit how the focus of his life and mission shifted to Ukraine – a nation that he’d not previously thought about – when Russia’s army invaded at Putin’s command.

The United Nations Human Rights Commission – in a recent document on international refugees – reported there are 90 million displaced people around the world including Ukraine and Islamic nations.

As Cho travels among the nations, he reminds himself and others that BSH is a catalyst for global cooperation in winning people to Christ by 2030.

“One billion is a big number but, as long as each and every believer brings one person to faith in Jesus, I really believe we can achieve that goal before he comes back a second time,” says Cho, a missionary with the creative gospel-sharing movement, NOVO (Novo: Make New )

It is global connections and cooperation that’s enabling Cho to personally oversee the distribution of tons of food and aid into Ukraine and neighboring nations.

“From the get go, I wanted to help orphanages,” says Cho. “On the third trip, God placed a city on my heart. We shared the billion-soul harvest vision in a moment.

“Instead of waiting for the war to end – and I hope it will soon – we’re focused on rebuilding, spiritually, the nation with the true hope of the gospel,” says Cho, who will return to his home in Seattle from South Korea before flying to Colorado Springs.

Ukrainian refugees are at liberty, like missionaries, to bring the gospel to the diaspora of people in great need, he says.