Top Posts
Colorado football coach Sanders’ unabashed faith
There’s A Light That Enters Houses With No...
Knowing the One Who Always Keeps His Word
Pregnancy Resource Centers Fight For Life Amidst Opposition
This World is Not Our Home
Lessons Learned From a Gingerbread House
Let There Be Peace on Earth
‘I Wanna Dance’ movie: Whitney Houston’s success and...
Fact Finding, Sight Seeing, and Prayer Walking
Kidney donation led to 8 life-saving surgeries
Home ANS Feature Unmasked: Conquering Sexual Sin and Walking in Victory

An atheist who grew up in a Jewish home, Neil Getzlow remembers more about his family’s beliefs surrounding Jesus than the holy days he celebrated with extended family who brought food and gifts to his childhood home in St. Louis, Missouri.

Even at the age of nine, when he first looked at pornographic magazines left out by his divorced mother, Getzlow believed Jesus was worse than the images that fueled his sexual addiction into adulthood. 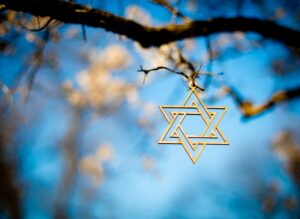 After Amy heard the sordid details of Neil’s double life for the first time in March of 2020, he braced himself for her response.

“Amy looks up at me and says, ‘Neil, Jesus forgave me for my sins. How can I not forgive you for yours? I forgive you.’

“That was Jesus talking directly to me, saying ‘I forgive you,’ That moment I was released,” said Getzlow who, up until this point, didn’t even use Jesus as a curse word.

Now six weeks after he paid a woman for sex at a hotel in Chicago during a business trip, Getzlow was forgiven by the Lord and his wife.

If he knew where to find them, then Neil would send a ‘thank you’ note to the prostitute and pimp for “helping me find Jesus.”

“Amy is the key here to my story, and to being saved,” said Getzlow, who mistakenly thought he was giving up his Jewish heritage when he turned to Jesus in 2020. He realizes now the prophet Isaiah’s words, “wounded for our transgressions; He was bruised for our iniquities,” refer to Jesus. (Isaiah 53: 5 NKJV)

Partying with Neil before marriage, Amy Getzlow began her journey to Jesus after reading the book “23 Minutes in Hell” in part because she wanted to escape the devilish and demonic torments author Bill Wiese describes.

“We were praying for men caught up in this,” Amy said from her home in Kansas City. “It’s kind of ironic. I had no idea that Neil was involved at the time,” she said. 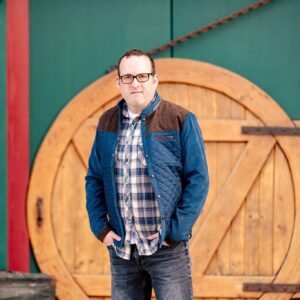 Neil’s “unmasking” as he describes it was forced by a prostitute and her pimp who demanded $900 more than Getzlow agreed to pay. They contacted Amy four days later when Neil ignored their demands for even more money.

“I was somewhat relieved because, after five years I’m like, ‘I’m not crazy,’” Amy said. Despite her suspicions about Neil, she read the words in her Bible about prayer and divorce.

Willing to forgive and trust Neil again, Amy gave him a “new believers” book recommended by her church. She insisted that Neil talk to a church leader who helps men find freedom from sexual addiction.

“So all this happens in March of 2020, and we’re locked down because of COVID. Here’s the thing I love about COVID, though I know it’s created a lot of pain and tragedy for people: For me this was God’s opportunity to reset.

“He told me, ‘I’m going to take everything that you love in this world, the pornography, drugs, alcohol and partying. You have nothing to do but focus on restoring your marriage and life. Are you going to take advantage of it?’”

Neil stayed clean for six weeks, then he set up another appointment for sex. But before he got out of the neighborhood, Amy discovered text messages on his laptop and sent them to him with a question: “What is going on?”

Turning around his car, Neil returned to face Amy, who had only just begun to trust him after receiving the hooker’s phone call on March 1, 2020. She told him, “If you want to save this marriage, you’ve got to ask God for help.” 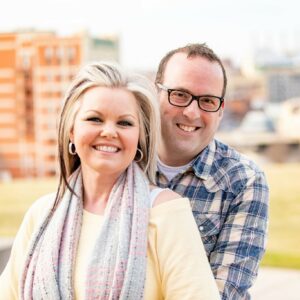 They slept in separate beds that night, and Amy left home early in the morning.
“I’m laying there in bed,” Getzlow recalled. “I’m like, ‘Well I guess this is as good a time as any to ask God for help.’

“I had never prayed before. I said, ‘God, I don’t know what to do. I have no way out. Help me. Give me a sign.’ The minute I finished that prayer, the garage doors pops up, and it’s Amy,” Getzlow said.

He added, “Amy is the key to my salvation. I say to her, ‘Look, I prayed. I want to work on our marriage.’”

A couple hours later – seated in their living room talking to each other – Amy received a Facebook message asking, ‘Do  you know Neil Getzlow?’

“It was from the ex-boyfriend of someone else I had been seeing. He found my information,” Neil said.

Describing the conversation that followed as “throwing up all over the floor of his marriage,” Neil confessed every sexual sin he had committed from age nine.

When he finished talking, Amy said: “Jesus forgave me for my sins. How can I not forgive you for yours? I forgive you.”

“That moment I was released,” said Getzlow, who in the months that followed, wrote about his journey from atheism and sexual bondage to faith in Jesus. A communications professional, Neil published a book, Unmasked: Conquering Sexual Sin and Walking in Victory, with support from Amy as proof reader and prayer warrior.

She plans to write a book, too, and together the Getzlows are telling their stories on podcast, radio and television interviews: https://youtu.be/0G_8xgXRrpg

A portion of profits from book sales goes to Run To Stop It (Run to Stop it), an organization founded by Pastor Phillip O’Reilly at Rock of KC. It has raised over $1 million for anti-trafficking initiatives: Exodus Cry; Relentless Pursuit; For The Silent;  and (stoptraffickingproject.com). For every book purchased at neilgetzlow.com, five dollars will go to Run To Stop It. 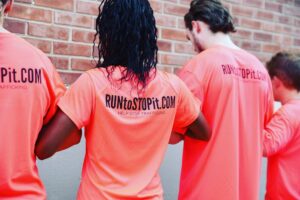 A small group at The Rock KC has been supportive and, based on members’ reaction to their story, the Getzlows hope the entire church will hear it, too, celebrating with them the power of prayer and forgiveness.

‘Needtobreathe: Into The Mystery’ Documentary Feature to Premiere in Theaters on Nov. 3