For the fourth consecutive year, strong financial health and commitment to accountability and transparency have earned Christian ministry Leading The Way a 4-star rating from Charity Navigator, the highest rating of ministry stewardship from America’s largest independent charity evaluator. 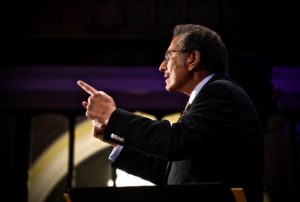 Dr Youssef continues to preach the uncompromising truth of the Gospel.

“We are so honored to have received the Charity Navigator’s highest mark of financial accountability and stewardship yet again,” explains Leading The Way’s Founder and President Dr Michael Youssef.

“Charity Navigator’s comprehensive analysis and resulting 4-star rating is a great endorsement of our commitment to ensure every financial gift we receive is utilized efficiently and effectively.”

“Leading The Way’s exceptional 4-star rating sets it apart from its peers and demonstrates its trustworthiness to the public.

“Only a quarter of charities rated by Charity Navigator receive the distinction of our 4-star rating. This adds Leading The Way to a preeminent group of charities working to overcome our world’s most pressing challenges. Based on its 4-star rating, people can trust that their donations are going to a financially responsible and ethical charity when they decide to support Leading The Way.” 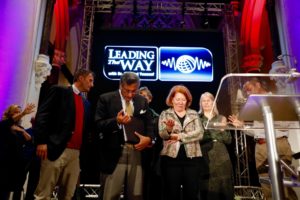 faithful stewards of their resources to reach as many people as possible with the Gospel.

Dr Youssef concluded by explaining how the ministry remains more committed than ever to reaching the lost as part of their Vision 2025 initiative to win one million souls for Christ:

“We are expanding all over the globe, and we’re not slowing down. We are going to be multiplying our media outlets all over the world, including in the Middle East, where we will be doubling the size of our follow-up team. I am praying that Jesus may be known to millions and millions of people around the world through our efforts.”

Now celebrating 30 years of ministry, Leading The Way‘s television and radio programs are broadcast in 26 languages to audiences across six continents. Leading The Way also produces DVDs, CDs, books, a monthly devotional magazine, and daily e-devotionals to spread the light of Christ. This Atlanta-based ministry utilizes field ministry teams to evangelize seekers and disciple new believers. Dr Youssef’s unique perspective has given him a platform to speak boldly into today’s issues and provide Biblical solutions to the challenges Christians are facing today.

He has authored more than 40 books, including popular titles Life-Changing Prayers, The The Third Jihad, and Counting Stars in an Empty Sky. He and his wife reside in Atlanta and have four grown children and ten grandchildren.